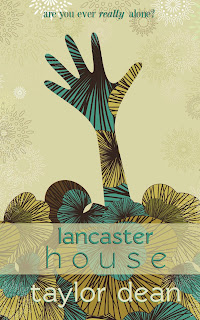 Zoe Grayson needs a change. So, she moves to another state, purchases an old, dilapidated 1920s Victorian Mansion, and sets out to restore it to its former glory. As she begins the restoration, she finds herself falling in love with the old house . . . not to mention its illustrious builder, Mr. Lancaster. Zoe becomes obsessed with the house as she discovers its secrets; hidden rooms, secret passageways . . . and a mysterious man who seems to think the house is his. Who is he? More importantly, how does he live in her home unseen and
unheard?

The unexpected answers leave her reeling—and questioning everything she’s ever known. To her dismay, Zoe’s actions land her in the local psychiatric hospital, scheming for ways to return to Lancaster House . . . and the love of her life.

Note: While Lancaster House tells the story of a heartfelt romance, the scenes that propel the story forward are the scenes between Zoe and her psychiatrist, Doctor Channing.


“What would you say if I told you there is no such thing as ghosts?”Doctor Channing wanted to get a rise out of Zoe again today. Her answer would be telling. Had she seen the error of her ways all on her own? Had she realized the extent of her delusions?

“You don’t beat around the bush, do you?” Her hands gripped the arms of the chair until her knuckles turned white.

“What would you say if I told you they do exist?”

His hopes for an astounding recovery plummeted. “I would have to disagree.”

“Then we have nothing more to talk about, do we?”

Zoe’s demeanor changed and her eyes stared into the distance, as if she was lost in thought. “It’s real—it’s all real,” she whispered, her eyes haunted.

“Tell me, Zoe. Start with the purchase of Lancaster House.” Several minutes ticked by and he began to think she wouldn’t answer, but then, in a timid voice, her story began to spill forth.

“It’s a stunning house, everything I’d ever dreamed of owning . . .”

“I find it telling that you, yourself, knew you were losing your mental stability,” Doctor Channing said as he leaned back in his chair thoughtfully.

“The average person would think the same when faced with strange occurrences. I guarantee it.”

“You were slowly breaking down, Zoe. Surely you can see that.”

“I see nothing of the sort.” Her tone was defensive.

“What exactly did you think was going on?”

Zoe stared at the floor, a look of perplexity marring her features. “I wasn’t sure, but I was determined to get to the bottom of it. I didn’t believe in all that ghost gibberish, not for a second, and I certainly wasn’t about to let anyone scare me out of my home.”

“You do realize you were a very confused young lady, don’t you?”

Zoe seemed to ponder that for several moments. Then with renewed strength, she said, “No. No, Doctor Channing, I don’t agree. I wasn’t confused. I was thinking clearly and rationally. I’d decided to solve the mystery. Running away was not an option.”

“Zoe, think sensibly for just a moment. A house cannot repair itself. A burner cannot turn itself off. It was you doing everything. You were the only one in the house.”

“No, I wasn’t the only one in the house,” she whispered.

Zoe is a very confused and emotionally raw woman. Her doctors have dubbed her as being schizophrenic. While reading the interactions between her and her doctor, you are inclined to agree with them. But as you read her story as she is telling it to her doctor, you start to wonder if she is really telling the truth. All the way through, it is hard to tell what is fact and what is a figment of her imagination.The story is so unbelievable and impossible, yet for her sake you almost want it to be true.

I also loved the descriptions of the Lancaster House. I love the idea of old houses with secret rooms and secret passageways. I would love to visit this house and explore it, ghosts be damned. It's a great setting, again, even if many aspects are just a figment of Zoe's imagination. Somehow, though, I don't think that they are.

To me, this wasn't necessarily a scary read. It was more of a mind-bending tale of intrigue. Reading this reminded me a bit of Girl, Interrupted with the interactions between patient and doctor, and the patient trying to prove that she wasn't crazy. I could see every scene play out like it was on the big screen. I really enjoyed it. There is a sequel to the story, an excerpt of which was at the end of my review copy. I am aching to read it, to figure out some more pieces of Zoe's puzzle. 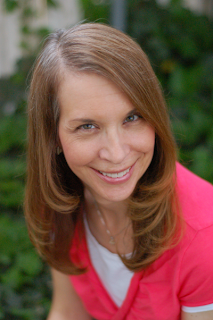 About the author:
Taylor Dean lives in Texas and is the mother of four grown children. Upon finding herself wiht an empty nest, she began to write the stories that were always wandering around in her head, quickly finding that she had a passion for writing, specifically romance. Whether it's paranormal, contemporary, or suspense - you'll find all sub-genres of romance in her line-up.
Posted by Andi at 3:00 AM
Labels: giveaway, Reading Addiction Blog Tours