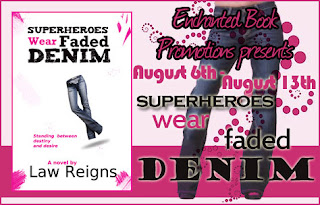 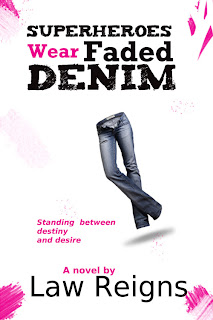 Blissany Cherry is tired of sleeping around. Her neurologists’ sleep solutions have failed her. Now that her bizarre sleeping habits have begun to include week long dreams she has resorted to her own methods for a cure.

METHOD ONE: CONTROL DREAMS. All attempts to morph dreams about a gorgeous warrior into romantic fantasies are thwarted. He keeps on insisting she is destined to marry a great king  and lead their armies into war. At the end of every dream he asks her: will you fight the war and save mankind?

She laughs in his face.

METHOD TWO: RESIST! Blissany has plans for her life. None include fighting an intergalactic war. When her dreams begin spilling over into reality, she is forced to make a decision that will forever  redefine her life. Standing between destiny and desire, she is left with only one option.


Blissany’s heart skipped a beat. He was referring to her dreams. Am I in another? She could  very well be. It wasn’t like her dreams gave her any warning. Coming sporadically, they were plane rides into other realms. Sometimes they caused her to sleep for a couple hours, sometimes several days. There a Roman boy with verdant eyes and curly hair black as fresh paint lived. Named Gabriel, he told her she was created to fight a grandiose war between good and evil. She ignored her dreams even though they caused her to oversleep for classes. What a mistake that had been. As soon as she awoke from this nightmare, she was seeking a neurologist. Such an endeavor took a lot of money and time. As a college senior, those were two things she didn’t have. Yet she was going to find it. She could not continue living with this mental disease.

“You don’t want to do this,” Wanikiya said. “If you did you wouldn’t have waited till the curse ate your heart.”

“I’ve contemplated my choices. I know what I’m to do.” Temeluchus asked Blissany the question again.

“Will you fight or not?”

“Wait until you have all the information, Fairest. You have two choices. If you say yes, even though you’ve shown selflessness, you have waged war. War means a fight to the death, and I will slay you right here. If you say no, I will slay this clerk behind the jewelry counter. So the question really becomes lucid. Who do you want to live more, yourself or others?”

“This demeans you,” Wanikiya said.

Blissany’s lips trembled. She looked at Kristie frozen in time. Out of all the dreams I could have. Kristie’s mouth was slightly agape. Her eyes still wide with excitement. They matched the emerald towel she held in her hands. She was so young she only had a few smile wrinkles around the corners of her mouth. Blissany wanted Kristie to live just as much as she wanted to live, but she knew this was all a dream. For
it to end, she would have to give an answer.


“I want to spend the rest of my life with you.”

“I’ve always been very apt at knowing what I want.”

“What I’m saying is we’re both too young to want marriage. We haven’t even explored the dating world. There’s so many people, so many experiences, Demi would add so many sexual encounters to be had.”

“Since when have I cared—I didn’t just roll out of bed wanting to do this. I have thought about this for months. We know everything there is to know about each other.”

“It’s rare we even go a day without talking.”

“That’s why you want to marry me. You don’t spend time with other women.”

“Don’t insult my intelligence, Blissany. You are my best friend. I have fallen in love with you over the last 4 years. I want us to be more than friends. I want you to be my own body, my own flesh.”

That was his odd way of saying he wanted to make her his little wife. She swallowed. She could just imagine it. At first he would give her the world, spending thousands of dollars to make her wedding everything that she wanted. Demi would be so jealous. Then when they finally married, she’d be expected to do nothing. Wanikiya would go off to work every day leaving her to achieve her dreams of becoming an artist. He’d buy her gifts like BMWs and trips to Maui, feed her steak dinners, and take her on weekend excursions to Europe. What about sex? She imagined they would have missionary sex which would inevitably become dull after several years of marriage. The allure of the money would wear off as well. Sooner or later Wanikiya would age beyond her level of human understanding. He already had the wisdom of a 70-year-old seer. What would he be like when he was 30? He’d probably start speaking to her in psalms, developing expectations she become a religious leader like him. She’d fail miserably. He would become disappointed with her. She’d want lots of sex. He would think she was a fiend. Soon enough she would be known as that little wife who failed to rise to her husband’s standards. Pictures of her straying off to have love affairs would become viral video blogs.

“Oh God no,” Blissany began in horror. The image was an ulcer festering in her mind. “It wouldn’t work out. I can’t.”

My thoughts:
I will admit that this book is difficult to get into at first. Blissany suffers from narcolepsy, which means she can sleep anywhere at any time. It causes her lots of problems, as she frequently misses classes and other events. When she is sleeping, she is often vividly dreaming. Gabriel and the others use these dreams to their advantage, trying to convince her that she needs to come save them. The reader, just like Blissany, is often confused about what is real and what is actually in the dream. You have to pay close attention to what is going on: digest the names and faces and try to put together all of the pieces.

When Blissany is fully awake, you start to get to know her more as a person. She is very self-conscious and has lived most of her life under her "best friend" Demi's shadow. She aches to find the right man and to live happily ever after. The other college students have pretty normal desires, as well, such as getting laid and making it through classes. They have to fight demons. They bleed orange and blue for their Gators. Wait, what?

The battle rages on, both internally for Blissany as she tries to come to terms with her calling, as well as in their world. Read it to see how all of that unfolds. Rest assured, a second volume is in the works. 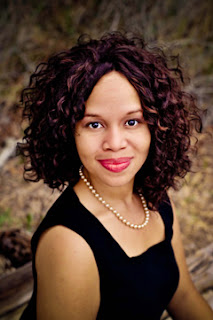 Law Reigns has an odd obsession with romance. At the advice of her friends, she gave up the plight of playing cupid in their lives.  Developing her own characters to manipulate proved to be more rewarding. After having studied creative writing at the University of Florida, she decided to write Superheroes Wear Faded Denim. A proud Gator alumni, she based her novel where blood runs orange and blue. She personally invites all adventure druggies and love fanatics to dive into the pages of Faded Denim, a story that transforms a swampy, southern town into a battlefield for love and life.