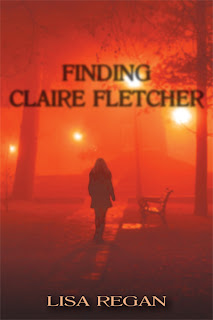 Book Blurb:
Down on his luck, Detective Connor Parks takes solace in the arms of a woman he meets at a local bar, but in the morning, Claire Fletcher is gone, leaving behind clues to a decade-old mystery—her own abduction. Perplexed and driven by an unsettling need to see Claire again, Connor must solve the mystery of her disappearance and find her once and for all.

I still saw her sometimes-the girl I used to be. She lived behind a locked door in my mind. The door that protected the last secret part of me. The last bastion I had that no one else could infiltrate or overcome. It was locked so securely that no one but me could force or tease it open.

Behind the door, the girl stood on the street corner waiting to cross, shielding her eyes from the sun with one slender hand. She was in the tenth grade and she was on her way to school. She had a backpack slung over her left shoulder. She wore jeans and a yellow cotton shirt.

Behind the door in my mind, I liked leaving the girl suspended on the street corner for as long as I could. Sometimes I just watched her stand there, shielding her eyes, vaguely aware of the cars whizzing by in front of her. She had a slight smile on her face. I wanted her to stay right there on the street corner forever, frozen in her peaceful beauty and teenaged innocence.

But she couldn’t stay there forever, not even behind the secret, locked door in my mind. Eventually she crossed the street, walked the 30 feet or so . . . In my mind, however, she didn’t stop when she saw the man crouched next to his car, neck craning to peer beneath it, the backseat door hanging open next to him. In my mind she kept walking.

She never knelt down beside him to look beneath the car as he did, attempting to coax an imaginary but frightened kitten from beneath it. In my mind, the man didn’t smash her head off the door jamb and stuff her stunned, slack body unceremoniously into the backseat. These things never happened to the girl I used to be behind the locked, secret door in my mind.

I envisioned two alternatives for that girl. One was that she stood on the corner, shielding her eyes with one hand and when she stepped off the curb into the street, certain that the way was clear, she was crushed by an oncoming truck and killed instantly. There she lay in the street, limbs twisted and bent at odd angles, her thick red blood congealing on the pale asphalt. Her eyes were fixed upward, blank, unknowing. I liked this scenario because it did not involve the man who unmade her and took everything pure away from her.

The second alternative was that she did not cross the street. She decided to turn left instead of crossing and she avoided the man altogether. And so she went on with her life. She knew nothing of the abject horror she avoided. She was still innocent in that way.

This girl from scenario two lived a parallel life. I imagined that she was out there, still living my life. She went to her proms and high school graduation. She had a boyfriend and went off to college. The very second I thought about her, she was out there living the life I was supposed to live.

Maybe she was making plans to get married or have a child with someone. I liked to think of her that way, as if she still existed in some other dimension. I liked to think that someday I’d run into her and see in her face that in spite of what I’ve been through the girl I used to be is all innocence and light.

That when she smiles it’s beautiful and not broken.

I really liked this book. The story was familiar, yet new at the same time.

My heart hurt for Claire from the very beginning. She has just spent the past ten years being held captive by a sadistic madman. Sure, it seems like she could have just run away. But his psychological mind games prevented her from feeling safe. The abuse she endured was horrible. Yet she is able to reach deep within herself to find amazing strength.

Connor's attraction to her propels him forward in reopening her case and helping her. You don't know if it is going to work or not and will find yourself biting your nails on a regular basis. 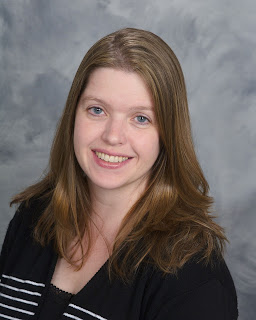 BIO:
Lisa Regan is a suspense novelist. She has a Bachelor’s Degree in English and Master of Education Degree from Bloomsburg University. She lives in Philadelphia with her husband and daughter.