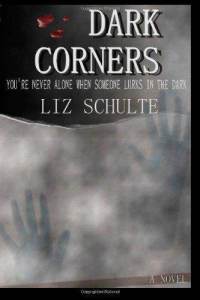 Ella Reynolds knew from the first moment she walked into the old house someone or something was watching her. Waiting. Her husband's violent murder sent her spiraling into a world of grief and isolation, but Ella isn't alone. Who or what is responsible for her husband's death is still with her. Darkness has engulfed the past year of Ella's life. Everyday reality slips a little more between her fingers as she struggles to break free from her memories. She must look deeper into her past as well as the present to discover truth of her husband's homicide. A string of uncanny events takes place and practical explanations run thin as Ella follows the terrifying road to closure. As the past and present come to a head, Ella must decipher who or what the murderer is before it takes her as well.

Holy crap! I have heard a lot of raving over Liz Schulte's work, particularly from one of my book blog tour groups. I usually take those with a grain of salt, but figured I would download this book when it was free over the summer, just in case. My TBR pile is ridiculously huge, but this was bumped up to the top of the list when the opportunity arose to review its sequel for a touring company.

I don't think I have ever been pulled into a book so quickly. Ella's story is a captivating one. Her husband was murdered, and she was the one who found the grisly scene. She is convinced that a ghost killed him, though many believed her to actually be the murderer. A lot of the story is flashbacks of her life with Danny, prior to his murder, as the strange occurrences were beginning. They parallel the strange happenings that are going on in the present. It's hard to tell if she is actually crazy, or if this stuff is really happening to her. And it is just creepy.

I love to read ghost stories and scary books, but rarely feel uncomfortable in my own house. This book gave me the chills. I was most comfortable only after making sure the doors were locked and wrapping up in a warm blanket. Even then, any noises within the house were making my hair stand on end. The characters felt as real to me as if I were actually Ella and knew these people in real life.

It's full of plenty of twists, even though I could figure out a few of them ahead of time. The book ends in such a way that it can stand on its own, but I look forward to the sequel! I also can't wait to check out some of her other series!