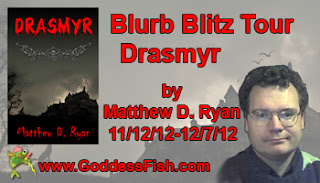 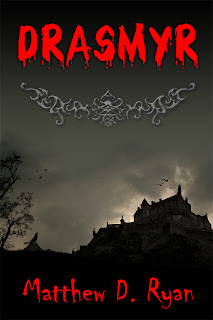 We vampires do not make easy prey. Our weaknesses are few, our strengths many. Fear is something we do not know, and death but a distant memory. So tread softly, pray to your god, and gird yourself with silver when the moons arise and night’s dark prince awakens. We fear not the wizard, nor the warrior, neither rogue, nor priest; our strength is timeless, drawn from darkness and we know no master save the hot lust of our unending hunger. We long for blood, your blood and no blade, nor spell, nor clever artifice, can keep us long from our prize. Feel our teeth at your throat, your life ebb from you, and know as darkness comes to claim you that the price of your folly is your everlasting soul.
***
In Drisdak, the city on the Sea of Sorrows, the citizens have much to dread. Unease and foreboding has always been associated with the local wizards guild; peasants have an innate distrust of magic and those who use it. But now, something else is on the rise. A mysterious fire at the guild has left two men dead and a third missing. A small matter, you say? Well, one of those men was the guild master, and his successor wants to know what happened to him. Enter Coragan of Esperia, the renowned bounty hunter. If anyone can unravel this mess he can. But is even he prepared to challenge the horrible evil that lurks at the heart of the mystery? An ancient vampire by the name of Lucian val Drasmyr.
~~~~~~~~~~~~~

“Condemn me, then. Howl my sins to the heavens and shriek my crimes to the wind. I am evil, my love. Your pronouncements mean nothing.”

Silence greets my words. She does not know how to respond to someone who embraces his villainy. Irritated with my remark, she crosses her arms and purposely looks away. At last, she speaks. “Why do you keep calling me that? My name is Clarissa, not ‘love.’”

“Because I care for you so deeply.” My chuckle does little to lighten her mood. “In truth, I call you that because it amuses me and annoys you... there is no other reason.”

“Well, stop it, Lucian. I don’t like it.” She seems almost sad, in a human sort of way, almost as if she were reminiscing about an old romance.

An irritated smile crawls across my face. I have grown weary with her petty human mannerisms and her conviction that what happens to her actually matters. She will learn her place. “You have little choice in what title I call you by, my dear. I, however, have much in mine. By you, I prefer the term ‘master’ to my name. It has a much more pleasing ring to it.”

Suddenly, her eyes flash in angry rebellion. “I will never call you mas—”

A moment’s worth of concentration and she is on her knees gripping her skull. Her head bends back, eyes bulging, and she begins to shriek in an inhuman voice. The Children of the Forest go silent as she starts to writhe on the castle stones. 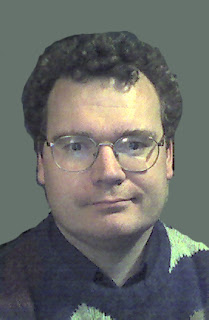 Matthew D. Ryan is a published author living in upstate New York on the shores of Lake Champlain. He has a background in philosophy, mathematics, and computer science. He also has a black belt in the martial arts and studies yoga. He has been deeply involved in the fantasy genre for most of his life as a reader, writer, and game designer. He believes he saw the legendary Lake Champlain Monster (a.k.a Champy) once and he has a cat named Confucius.

The book is available on Smashwords, Amazon, BN and elsewhere for free.

Matthew will be awarding a set of metal miniatures: 3 Nosferatu Vampires (US only) to a randomly drawn commenter during the tour. Follow the tour for more chances to win!
Posted by Andi at 4:00 AM
Labels: book promo, excerpts, giveaway, Goddess Fish, vampire