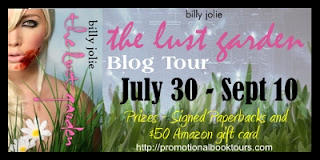 With her perfectly tousled blonde hair and pink, pouty lips, Gianna Salvani is the girl everyone loves to hate. She has it all - fame, fortuneand unrivaled beauty. But behind the seductive smile is an insecure girl who still grieves for the father she lost years ago. With a controversial new film in the can, and the release of her debut album looming, Gianna ispoised to take center stage. But when a shocking secret leaves her exposed, her fame will bring her face-to-face with a nightmare she never saw coming. Because lurking in the shadow of her spotlight is an obsessed killer with plans of his own for Gianna.

Ignited by his first conquest, Gianna's greatest admirer begins a brutal hunt to claim her as the ultimate trophy in a string of look-alike murders. Motivated by envy, he forces himself into her seemingly untainted world and threatens to ruin everything she's built by revealing a hidden tie that binds them. And if you knew his secret, you'd want to kill her too

Billy Jolie graduated from the University of South Florida with a degree in Mass Communications. He lives in the Tampa Bay area.

Promotional Book Tours and Billy Jolie are giving away a $50 Amazon Gc and 5 autographed copies! a Rafflecopter giveaway

Brought to you by http://Promotionalbooktours.com
Posted by Andi at 12:01 AM
Labels: book promo, giveaway, Promotional Book Tours