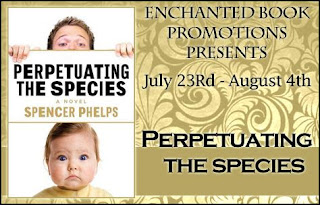 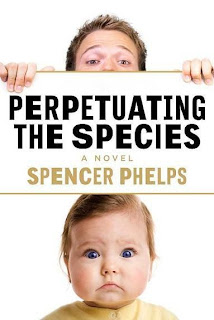 On one hand, Mike Lynch hates kids. He can’t stand how they scream all the time, poop themselves, everything. That probably comes from his father reminding Mike throughout his childhood that he was never wanted. On the other hand, that ice of indifference surrounding Mike's biological clock starts to thaw after his girlfriend gives birth to someone else’s child.

Mike believes everything has a reason for existing, including our naughty bits. He now has a desperate urge to fulfill his basic human duty by using those bits to procreate. He just doesn’t want to deal with the aftermath. To get around this self-imposed dilemma, Mike takes a  three-day weekend trip to Indiana, finds some women who are also looking to get laid, and tries to get them  pregnant. He justifies his actions by assuming the people he encounters are going to get pregnant during  one-night stands anyway. At least with his being the sperm donor, their child will be born to serve a greater  purpose: Mike’s.

When he returns to Indiana a year later to see if the scheme was a success, confronting the results of his  actions elicits more emotions than he knew he had. Now Mike has no idea how he’ll react when he discovers his child.

“Here’s where my problem comes in. If we don’t use our dangly bits to reproduce, we’re not fulfilling our roles as human beings. As we both know, I don’t want to be a father. At the same time, I want to uphold my duty as a basic human, because I believe if we don’t perform the tasks we’re given in this life, we don’t get that great reward at the end, you know? It’s like I punched in at the time clock and spent 80-some years on lunch break.”

“So you want to have kids now?” Ben asked, perplexed.

“Oh, I know! Just put your sperm in the sperm bank. Problem solved.”

“I thought about that, but it won’t work. First, you have to be really smart and pass a bunch of physical and mental tests to even be considered. If any dude was allowed to donate, we’d have the stuff flowing in the streets. Second, there’s only a miniscule chance mine would be chosen; so if I die before I get popped into someone, then no deal,” Mike said as he ripped the lid off his Dew to get at the ice cubes.

“That’s a tough one,” Ben said. He looked around at the beautiful 80s decorations half in boredom and half in though. Suddenly, he slammed his hand down on the table, making Mike jump. “I’ve got it!”

“I’ve got the answer to your dilemma so you can die a happy, fulfilled man and get this whole baby crap off your mind for good,” Ben exclaimed in confidence. He placed his elbows on the table so his hand could help illustrate his idea. “All you have to do is have a one-night stand with a chick, don’t wear a condom or poke holes in it or something and boom!”

“I was in sixth grade at the time, and the name stuck with me all through middle school,” Mike began. “I used to love the shit out of some Funyons; not gonna lie. Every chance I had, every dollar I got went towards getting me some of those delicious, onion-flavored chip rings in my mouth. My breath reeked constantly as a result, of course. Now, everybody – my friends and family – knew I loved Funyons. That wasn’t really a big deal. It was when my Dad had finally had enough of my chip binging that it became a problem. Apparently I had a really addicting personality back then. I don’t know where that energy has gone nowadays, but that’s another story.

“Anywho, going cold turkey off the Funyons like that shook me up pretty badly. It was so bad my grades even suffered.”

Mike’s story had Dana’s attention captured entirely. She thrived in hearing about other people’s pain, especially when it mimicked her own. Of course, she would never tell anyone the hurtful nickname that was given to her back in the first year of high school that never, ever went away: Reggie.

“It all came to a head this one time in November when I went to my friend Jamie’s birthday party. It was your standard little kids’ party, you know. Parents had a barbeque in the back yard, we played some silly games, cake and all that. Now out in the yard, there was a table with food on it – chips, lukewarm meat, etc. I went inside to use their bathroom just as Jamie’s mom had come in to refill some of the snack foods. I was walking through the kitchen and saw her open the chip cupboard. Inside was a family-sized bag of Funyons. I about dropped a loaf then.”

As I started reading this book, I greatly disliked Mike. His jokes and his banter with his buddies is definitely comical man humor. But his disinterest in his expecting girlfriend does not endear him to women. You feel a little sorry for him when the baby that comes out in the delivery room is most definitely of a different race than either of them. And then he decides that it is his God-given duty to impregnate random women as a part of his legacy.


At the same time, he is intriguing, because he obviously has some serious issues. Fear not, dear readers, Mike does go on a journey of self-discovery and moral misgivings over what he is doing. I appreciate his intuition about the character and mental state of others. I was intrigued enough to keep on reading and had a hard time putting it down. You mean someone is doing this on purpose?


There is enough comic banter between Mike and his best friend Ben to also warrant a snort or chuckle here and there. I also got a kick out of the setting, as I grew up in Ohio. Mike does redeem himself in the end.

A native of Marion, Ohio, Spencer Phelps was a featured opinion columnist for The Marion Star newspaper from 2008-2010. He also wrote/hosted a local late-night TV talk show called Marion Tonight in 2009 and a radio version in 2010. On top of being a writer and show host, Spencer has been a singer, songwriter, practitioner of martial arts, husband, politician, geocacher, ghost hunter, and an international fugitive at one point or another.
Posted by Andi at 8:15 AM
Labels: comedy, Enchanted Book Tours