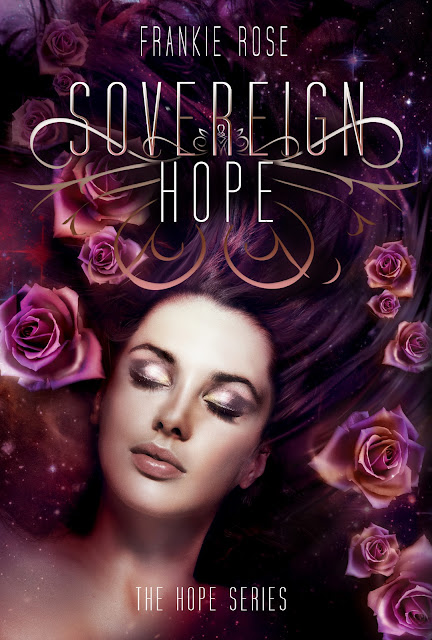 Everyone has a soul Some are just worth more than others Farley Hope was seventeen when her mother disappeared. In the last six months not much has changed, except that her eighteenth birthday came and went and still no sign of Moira. Her life is just as complicated as it always was. Since her father died in a car crash before she was even born, she’s officially parentless, and to top it all off she’s still suffering from the hallucinations. Mind-splitting, vivid hallucinations- the kind prone to induce night terrors and leave you whimpering under your covers like a baby. The last thing on her mind is boys. Farley is on break from St. Judes’ when she meets Daniel. It’s not some casual run in at a party, or even a blind date with friends, though. Daniel is the guy following her in his 1970′s Dodge Charger; the guy standing at her window in the LA lunch hour traffic, trying to persuade her to leave everything behind and follow him. And he's hot as all hell.  The moment Farley lays eyes on Daniel, everything changes. He is cold and withdrawn, but there are cracks in his harsh veneer- cracks that betray the secrets he is trying so hard to hide. Farley is drawn into a world that will shake apart everything she thought she ever knew. There are truths out there that she must learn: that a person’s soul is their only real currency, and there are people who would do anything to take hers; that loving someone can hurt so much more than hating them; but, most importantly, when your future is predestined, there is little you can do to change it. Farley Hope is prophesied. Her coming has been awaited for hundreds of years. She is destined to end the tyranny of the Soul Reavers. To do so she must die.

Vote for Frankie Rose at the UTopYA Awards! 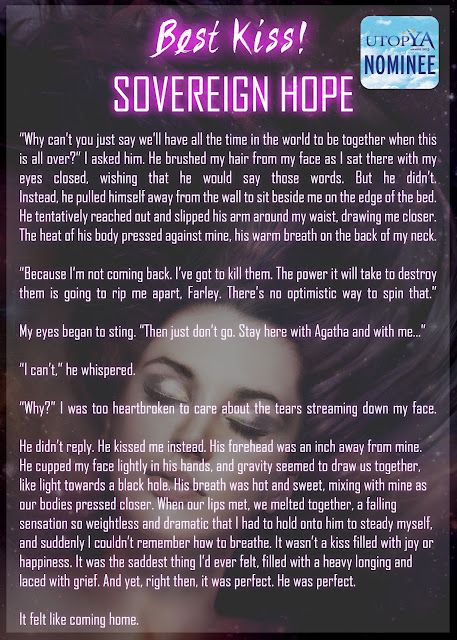