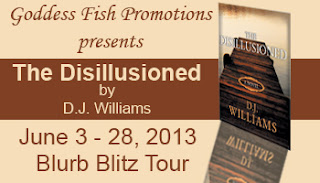 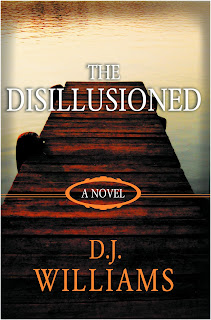 THE DISILLUSIONED
By
D.J. Williams

A mother’s suicide threatens to destroy a family legacy. Her sons, Sam and Daniel, are forced to leave their comfortable worlds behind and search for a woman they believe can unlock the secrets that have remained hidden. They are propelled into separate journeys from Los Angeles to the heart of the Zambezi where they are forced to confront a man known as Die Duiwel, the Devil. On their adventures they will find themselves in a place where death is one breath away, where thousands of children are disappearing into the darkness, and where the woman they are searching for is on the hunt for revenge. When they stand face-to-face with the forgotten slaves of Africa they will fight to redeem what has been lost.

Ten years later I had my hands full with two young boys while John was busy traveling the world. I went with him on occasion, but for the most part I stayed home and watched my babies grow into young men. At times it was as if I were a single parent. I could’ve spoken up. I could’ve objected to the sacrifices we made in the name of God. Maybe I should have, but I didn’t. Instead I enjoyed the comforts of being a wife, our beachfront home, a private jet leased by the church, a cabin in Lake Isabella, John’s seven figure salary, as well as his book royalties. A bonus was the respect given to us whenever we entered a room by those who didn’t know us. It was flattering, and addicting.

This isn’t my life anymore.


I’ve been locked up here for one thousand and ninety five days. I’ve had time to think about the choices I’ve made. I’ve thought about what is best for everyone. I’ve become a burden. I know it. I feel it. I hate it. The whispers inside tell me there’s only one decision to make, undoubtedly the hardest one of all. It goes against everything I’ve believed.

But nothing is the same as it once was.

“An engrossing tale…makes you think about the world we live in and your place in it.”
Tony Guerrero, Founder of F.A.C.T. Alliance: Fight Against Child Trafficking 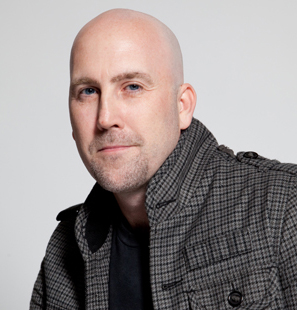 With the DNA of a world traveler, Williams was born in Hong Kong, has ventured into the jungles of the Amazon, the bush of Africa, and the slums of the Far East, to share stories of those who are overcoming incredible odds. He is the co-author of Restoration Road with Mitch Kruse and has produced and directed over 140 television episodes syndicated on NBC, ABC, FOX and various cable networks worldwide. Currently, he lives in Los Angeles, California with his wife.


One randomly drawn commenter will win a $30 Amazon gift certificate. Follow the tour for more chances to win!
Posted by Andi at 3:30 AM