'The End of Athens' by Anthony Karakai 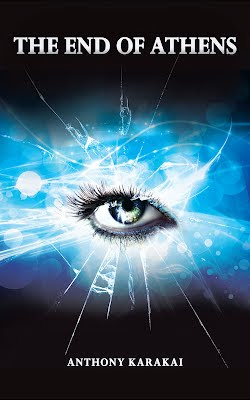 In the year 2091, humans have lost the ability to dream. After decades of financial and social depression, dreams and aspirations have become a recessive gene—an impossibility of the modern mind.

Greece is one of the worst social and economic disaster zones, and all hope of a better future has been lost. One young man, Nikos, discovers that he is not like everybody else—there is something different about him.

Believing that he may be going crazy, he soon discovers that he is the only person in Greece who has inherited the ability to dream. Time is running out as the government continues its tirade of corruption and suppression against the people, and Nikos must find a way to teach others how to dream so that once more society can free itself from the shackles of mental slavery.


I looked into the face of death, and took his mask off. What was it that I was seeing? Stringent blue lights, creeping black shadows, and an entity as tall as myself. This wasn’t evil personified, this thing, this man, this sometimes boy, had a message. He mirrored my actions as I leant against the dark bluestone walls, in what would’ve been an alley if it were not for the enclosed, claustrophobic cube. His face was bare underneath the flowing black hood. We stared at each other, somewhat intently but more so with recognition. As he raised his right hand up towards my face, I found mine momentarily doing the same. Just as we were about to touch, as our hands were to feel the complexity of warm life and cold death, did this mirage disappear.

I find myself instantly in my bedroom, tired but awake, starting another day off the back of what I suspect is the beginning of the end.

As I make myself to work, I think constantly about these apparitional mirages and what it is I’m experiencing. I have no idea, I think I’m going crazy, and I wonder if I should tell somebody. This type of behaviour isn’t normal, as far as normalcy is concerned. I pay the young girl for my coffee- a long black, and saunter towards the entry of building Zero before walking the staircase. The staircase is long, it’s difficult to walk but I do this each morning under the misguided assumption that it will somehow keep me fit. As far as I know, since a desk job was invented the human body periled into a frivolous state of sugar, fat and general regression to what it was designed for in all those history books. We live longer, but for what, I’m not so sure.

After completing the ceremonious “hellos” and “good mornings”, I sit down in what can only be described as a pod and turn on the computer. The year is 2091, and I reside in Athens- the birthplace of democracy, the cradle of free thought and the place on Earth where the potential for civilisation to be civil all began. My name is Nikos, and I am 27 years old. 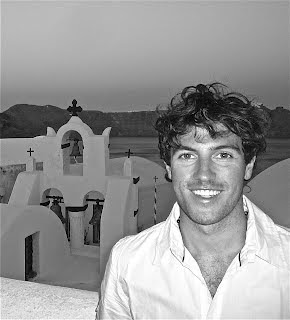 Anthony Michael Karakai was born in Melbourne, Australia, and is a dual citizen of Hungary. Holding an International Business degree, he is also a qualified percussionist and music producer, having studied music extensively since the age of seven. Working in journalism, his work has been published in various magazines and websites. With an insatiable appetite for travel and an eagerness to explore off the beaten path, Karakai travels at every opportunity- his travels and ongoing commitment to exploring the world are what inspires him to write.