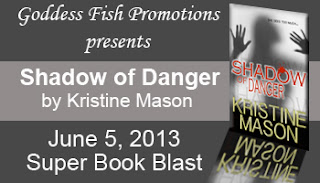 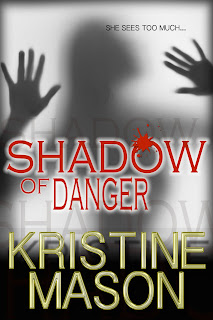 Shadow of Danger
by Kristine Mason

Four women have been found dead in the outskirts of a small Wisconsin town. The only witness, clairvoyant Celeste Risinski, observes these brutal murders through violent nightmares and hellish visions. The local sheriff, who believes in Celeste’s abilities and wants to rid their peaceful community of a killer, enlists the help on an old friend, Ian Scott, owner of a private criminal investigation agency, CORE. Because of Ian’s dark history with Celeste’s family, a history she knows nothing about, he sends his top criminalist, former FBI agent John Kain to investigate.

John doesn’t believe in Celeste’s mystic hocus-pocus, or in her visions of the murders. But just when he’s certain they’ve solved the crimes, with the use of science and evidence, more dead bodies are discovered. Could this somehow be the work of the same killer or were they dealing with a copycat? To catch a vicious murderer, the skeptical criminalist reluctantly turns to the sensual psychic for help. Yet with each step closer to finding the killer, John finds himself one step closer to losing his heart.

He clenched his jaw as he stared at the woods, the CSU vans, the cruisers, and controlled the rage, the betrayal coursing through him. Garrett had gone behind his back. He’d killed without him.

Worse yet, he’d dumped bodies out in the open where anyone could find them?

When his vision blurred with hatred, causing a kaleidoscope of oranges, reds and yellow as he stared at the trees, he quickly reined in his temper. He needed to keep his cool, not allow his judgment, his instincts to be warped with vengeance against his brother. He’d deal with Garrett later.

Despite the anger surging through him, he fought a smile. If only that cocky son of a bitch knew he’d had a little fun of his own. 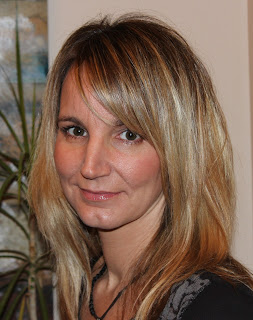 Kristine will be awarding four (4) print copies of Pick Me (US only) and three (3) $10 Amazon GCs to randomly drawn commenters during the tour. Follow the tour for more chances to win!
Posted by Andi at 3:00 AM
Labels: book promo, excerpt, giveaway, Goddess Fish, thriller