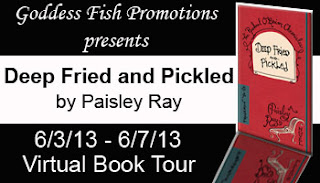 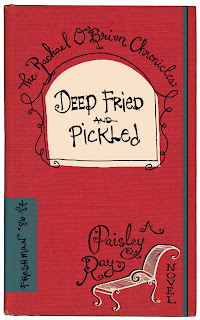 BLURB:
It’s 86’, the era of Pop Rocks, Jelly shoes and big hair bands. Rachael O'Brien's freshman plan seems simple: Attend a southern college, five-hundred miles from her hometown of Canton, Ohio, earn an art history degree, party and lose her virginity—hopefully, not in that order. “Becoming a woman,” somehow turns into a series of life-lessons that she and her journal are lucky to live to tell. Being threatened by a redheaded She-Devil, avoiding the advances of a thirty-something redneck, and discovering an art fraud scheme interfere with her “to do” list. On top of her troubles at school, Rachael finds herself forging a new relationship with her emotionally-distant father after her mother abandons him for a psychic adventure.

Billy Ray’s donut eyes appeared glazed, and he spoke in a slur, barely recognizable as English. I turned my ear toward his mouth and strained to understand him. “It’s my sincerest pleasure to meet you, Razzle.”

I pulled back, but he continued holding my hand as though steadying me on a patch of ice. “Rachael. My name is Rachael.”

I stood trapped between a smoking barbecue and Billy Ray drunk off his ass. Turning my head, I mouthed, “Help,” to Patsy’s backside. In my moment of need, she flirted with someone I didn’t know. My level of attraction hovered below frosty. I needed an exit strategy and settled on the triedand- true, I have to use the bathroom. Lightly placing my free hand on Billy Ray’s arm, mostly for balance, I said, “You’ll have to excuse me, I. . .”

“No excuses, Raz,” he said, leading me to a clearing. “Let’s show ‘em how it’s done.” Before I had a chance to bolt, Billy Ray slid an available arm around my waist. His other hand still held mine, and the oversized spatula.

“Rrrrazzle,” he growled, stretching his tongue across the single r as if it had multiplied. Stiffening to a bullfighter stance, he advised, “Get your shag on.”

I had no idea what he meant by shag. Wangling out of his grip I made my excuse. “I’m really not a carpet kind of girl.”

Billy Ray folded into a knee bender laugh. “You’re funnier than Raid on a cockroach.”

I was intrigued by the book blurb, because I did grow up in Ohio. I like to read about characters from there, because I can usually relate to them. Rachael was somewhat familiar, being the quiet type who didn't seem to get herself into a lot of trouble when she was in high school. Entering college opens her eyes to a world she has never before known. She quickly falls into a crowd that is completely different than anything she has before experienced. She gets herself into a bit of trouble, as many college freshmen do. I was amused by her constantly hearing her parents' voices in her head as she went through the partying days.

Readers will find the college parties to be somewhat familiar. The 80s poke their head in a little here and there. This wasn't a book that I could sit and devour in a couple of hours, but was somewhat entertaining spread out a bit. 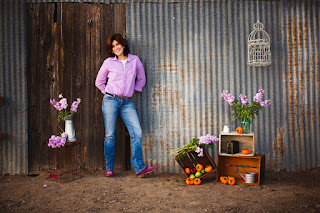 I grew up in the suburbs of Pittsburgh when the Terrible Towel was introduced to cheer on the Steelers. As a kid, my family spent summers at the Carolina beaches. Hush puppies, sweet tea, and discovering sand dollars in the low-tide turned into intoxicating memories. I fell hard for all things southern. School, work and family keeps luring me back, and I'm still in love. The Rachael O’Brien Chronicles are my southern-soup of life-lessons inspired by the unforgettable people and places I hold dear.

Paisley will award a $10 Amazon Gift Card to one randomly drawn commenter. Follow the tour for more chances to win!
Posted by Andi at 6:43 AM