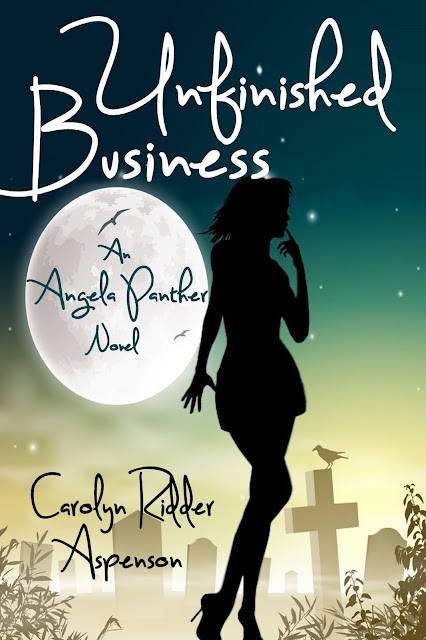 When Angela's mother Fran dies and comes back as a ghost, Angela's ordinary life turns into a carnival show, starring both Angela and her nosy, dead mother.

It seems Fran's got some unfinished business on earth and she's determined to get it done, no matter what.

When Fran returned, she reignited her daughter's long suppressed psychic gift, one she neglected to mention to Angela, and now Angela sees ghosts everywhere.

And they won't leave her alone.

Now Angela has to find a way to keep her old life in tact and help the dead with their unfinished business, all while trying to keep her dead mother out of trouble.

And it's a lot for one woman to handle. 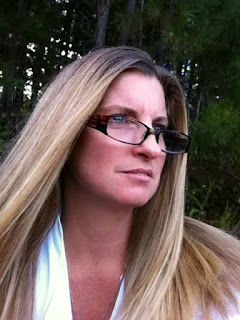 Carolyn Ridder Aspenson was born in Indiana to Italian and German parents. She lived in Indianapolis until she was 12 and her parents moved to the Chicago suburbs. She returned to Indiana to attend Indiana University, and followed in her father's footsteps, working in the health insurance industry. Carolyn eventually moved to Atlanta where she met her husband, Jack. Together they have three kids, two dogs and a cat.

After years in the health insurance industry, Carolyn decided to follow her dream to write. She developed relationships with several Atlanta-based media outlets and writes freelance for them. She has a monthly health and fitness column in Northside Woman Magazine.

Her debut novel, Unfinished Business An Angela Panther Novel is the first in the Angela Panther series. Book two is scheduled to be released at the end of 2013.