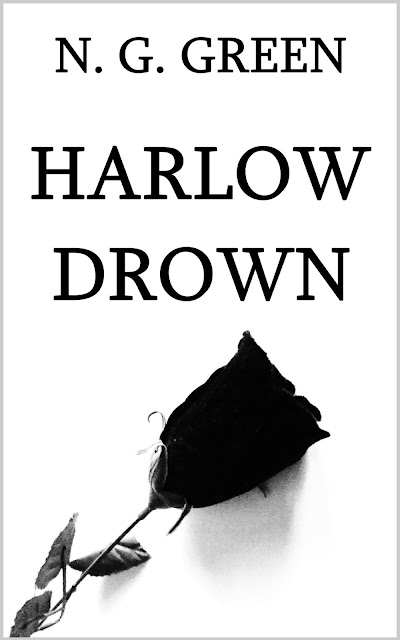 Harlow Drown is the head of the Vampire Division of the supernatural government. Rebellious, hard-working, and a powerful witch herself, she took the job after her mother's murder. The government has a new leader coming to power at the same time an evil group, the Fatum, is trying to overthrow them, and Harlow is in the middle of the action. She falls in love with a human, discovers a long-long relative, is offered the promotion of a lifetime, and develops a new power that can help her defeat the Fatum, but makes her a danger to her loved ones and herself.

Harlow walked around an interrogation room, a simple room with four cement walls, a cement ceiling and floor, and a shape shifter sitting in the middle of the room in a metal chair. His arm was clamped down on the metal table in front of him with a charmed piece of copper, preventing him from being able to shift into something and escape. His ice blue eyes flashed at Harlow in defiance, and a filthy grin filled with dirty, sharpened teeth dumbly erupted on his face. Though he’d heard about her reputation, he didn’t believe the stories everyone said about her.

“Go to Hell,” he said, his voice growling and his eyes glowing at her.

“I’m not allowed to venture there,” she replied, realizing that he was trying to intimidate her and laughing in her head. There wasn’t much she feared, and a snarky little shifter wasn’t one of them. This was her turf. He was in for a rough ride.

Her hand rose in the air toward him, and his eyes widened in fear, knowing she was about to use her witch power on him.

He looked at her with his forehead scrunching in confusion before starting to gasp, feeling his throat constrict and closing up. His body began convulsing, not being able to breathe, and he writhed around in the chair, his hands clutching his throat as if they could reach inside and pull its walls apart. Harlow walked closer to him, her feet gently and quietly shuffling on the floor, and stood on the other side of the table, staring at him with acute focus.

“Had enough?” she asked. He banged his free hand on the table in response as his face began turning red and the veins in his forehead bulged. She lowered her hand from the direction of his throat and he groaned, taking in a deep breath, coughing a little from the pain.

N. G. Green grew up a book nerd, wanting to be an author as a child. Eventually, she became a technical writer, focusing on the metaphysical, and a ghostwriter of a dozen books. As time went on, the little writer inside of her grew bored of writing for other people, and she decided to pursue her own writing.

She's originally from New England, is a nomad at heart, and can't get enough of the supernatural.