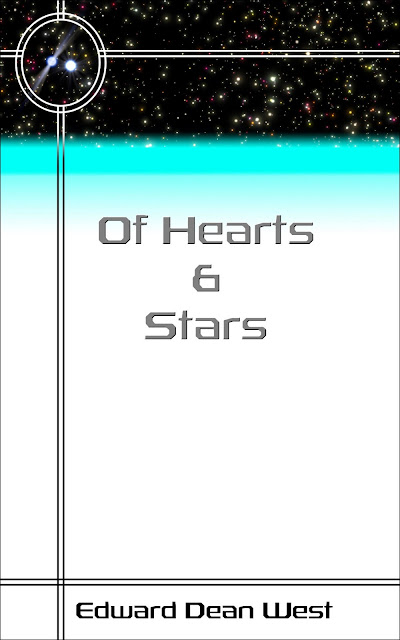 Set in the fantastically futuristic (and frustratingly vague) year 20xx, we embark on the first steps of an amazing journey with Leoric Swift. The entire galaxy is at war as two brothers fight for the throne, and one day the carnage and bloodshed finally spills over onto Earth. Swift’s life changes forever the day The Rebel Faction bombs his home city, and through a series of events we find him attending Arbalest Solar Academy; home to some of the brightest young minds in the galaxy. With the past showing up to haunt him, and the future looking ever more dangerous, get ready to put your hands up and throw a few punches with Swift as he sets out to end the galactic civil war and save the galaxy- one ridiculous (and reckless) mission at a time.

Our hero, Leoric Swift, is an avid technophile and thrill seeker. After having lost so many friends and family to the war at such an early age, he is determined to make every minute count and is dedicated to protecting his loved ones. In the way of this is his reluctance towards intimate and long term relationships, stemming from the belief that if he is too close then surely he will lose what he values the most. Nevertheless he is committed to being the best captain alive, ending the war that took his parents from him, and the pursuit of happiness. Assisting him in these goals is his ever capable and confident crew of specialists at Arbalest Solar Academy. Reveille James, his weapons and navigation specialist, is serious and reserved, but eases up in the company of friends. She isn’t afraid of anything, and is fiercely dedicated to her loved ones. Because of her intellect, she takes a logical and practical approach to daily life. New recruit Corrigin “Gin” O’Hare has been a wallflower for much of his life, but is looking to broaden his horizons, as he has grown upset with being too normal. He winds up as the straight-man for Swift in most situations, but is just as much of a joker as the other characters at times. Benedict Fisher, a former captain at the academy, is friendly in nature but tends to do whatever it takes to accomplish his goals. For Fisher, the end justifies the means. He can be impatient, despite his schemes, and tends to make the first move. Up until an incident that saw him put up on treason charges, he was Swift’s best friend at academy. Now he is a double agent of sorts for both the Imperial and Rebel factions.


Swift slapped his hand to his face, and wiped it down slowly. He intended to end this session, but not by walking out.

He took a very deep breath and said “You, sir, are an idiot. You are much like a twisted mystery of stupidity. A paragon and legend in your own time.”

Swift held up his hands for emphasis and continued “Bards sing songs in the streets of your epically soft mind, and every cretin, simpleton and imbecile looks to you with a twinkle of admiration in their eye. It is no secret, and is in fact locally, as well as nationally, known that you are a dunce.”

Swift put one hand down, and pinched the index and thumb of his other together.

“Your tiny little brain is world renown, and tales of it's shortcomings are recorded in the language of every race and culture. Prophets foretold of the day on which you had an intelligent thought, and all have been proven wrong.”

Swift put his hand down, took a breath and went on “Google omits no less than five thousand similar results with the word moron when your name is searched. Your ignorance is imprinted on your very soul, so that even angels and demons will know to speak slowly and use simple words when talking to you. You are a buffoon of the highest magnitude, a fool and clown, and if you go to hell I hope that you are made to read books for all of eternity. Nincompoop. Dullard. You slack-jawed, knuckle dragging, silly minded dimwit. Choke forever on the thick miasma that is your own feeble-mindedness.”

When he was finished, Leoric was panting and both of the caregivers were howling with laughter. Bob on the other hand was blushing furiously. 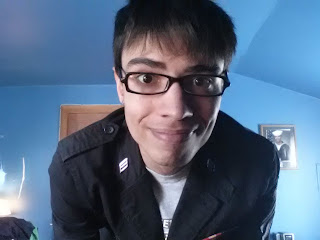 Bio:
Edward Dean West is a young man from the treacherous swamp lands of South Jersey. Yes, they really do exist. He was born to a low income family, and progressed with various amounts of success and mediocrity through the public school system. Since an early age reading has been the doorway to a world that wasn't so harsh for Ed West, and by the time he was fifteen he was sure that he wanted to share his imagination with the world. To open that doorway for readers and potential readers to step through and escape the worst parts of their day for a short while.

However as he grew older, that very same world made it's presence known even in his dreams. Tragedy, a lack of funds, a need to survive in a bad economy- these factors had convinced him that he simply had no time to write anymore. He worked day to day, even joined the military and saw the world; all the while his dream was dieing and he couldn't even see it happening. Dreams weren't for him after all, because he had to focus on living. The same doorway that had saved him so many times had been slammed shut, locked, and barred off.

This kind of thought process ran him into the ground somewhere deep inside, and last year it had to change. He still admitted that he had no time to write, but came to the conclusion that he had to make time to write, and in some cases steal time to write. It's a different story now. When the door to the imagination is opened, dreams and heroes come out. Don't worry about missing it, Ed West will hold it open for you.
Posted by Andi at 12:00 AM
Labels: Featured Fiverrs, science fiction