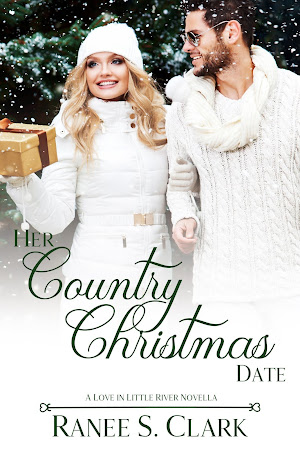 Is ten days, twelve dates, and a little Christmas magic enough for happily ever after?

Dru North has far more substance than the party-boy reputation given to him by the media, which is why a quiet Christmas in Little is just what he needs. From the moment he meets Amber Miller, who’s staying across the hall, sparks fly, and a magical Christmas party leads to an impulsive kiss.

While Dru is eager to get to know Amber during the quiet vacation, she’s wary of his reputation and his riches. She challenges him to take her on twelve dates before she’ll consider their relationship anything more than a holiday fling—a feat given the fact that she’s only in town for ten days.

Amidst the big family holiday Dru has always dreamed of having, Amber finds herself trusting with every “date” that Dru isn’t the bad-boy she thought him to be. But his insistence that this can be more than a holiday fling has Amber worried about the future. Dru’s a famous country star with money to burn, and she’s just a teacher. Are their worlds too far apart for a happily ever after when the Christmas magic is over?

She laughed. The way her laughter sometimes escaped her, like it was a surprise, tickled his insides with more warmth. It could be zero degrees out here, and he could stand next to her and not feel it. He glanced back at the window, catching a few people watching them, and shifted into the darkness on the other side of the fire. He glanced around them.

“What is it?” she asked in a whisper.

He looked down at her, turning so that he faced her, blocking them both from anyone determined to find them. “Looking for mistletoe,” he teased.

She put her warm hands on the sides of his neck, then slid her fingers up into the short hairs there. “Ummm, not really necessary.”

He tilted his head down toward her, stilling as he neared her lips. He’d just met this woman an hour before, but the pull to her was magnetic. He couldn’t avoid it if he tried. She didn’t even give him time to think about it before she leaned into him, finishing off the distance between them and pressing her lips to his.

The fire behind them seemed to jump from the pit and explode around him. He wrapped his arms around her back, shifting her backward to lean against the side of the house. Her fingers slid up farther, pulling his head down to her. He let the magic of the night take over for several seconds, or maybe minutes, while he kissed her.

She pulled away and stared at him, her fingers slowly trailing back down the back of his neck, gripping his shoulders. “That was ... um ... wow.”

He drew in a long breath, loosening his arms around her, but not enough to let her go. Not yet. “Yeah.”

“I don’t think I should have done that.” Her voice trembled with a light laugh. A fake one.

“Because you hardly know me?”

“You’re Dru North.” She blew out a breath.

Usually the insinuation didn’t bother him. The women he’d dated in the past had figured out quickly enough what was hype and what was him. And there was a lot of hype. But he tensed anyway. He liked Amber. Really liked her, and it hurt to be judged so quickly.

Then he shook it off, deciding that was unfair. She’d known him all of an hour or so. Enough time for him to be charming. Not enough time for her to separate an image from the real guy.

“You’re Amber... ,” he started to tease and then broke off when he realized he didn’t know her last name. Classy, North. If there was ever a reason to believe that he was the womanizing bad boy, he’d just given it to her.

“Miller,” she supplied. She gave him a see what I mean look.

He would not have tried to convince her to go upstairs with him, no matter how long they’d spent together tonight, but that’s not what his image said. He’d just have to show her. “I want to get to know you,” he said, taking her hands in his and kissing her knuckles. She relaxed a little.

“This is crazy,” she whispered.

He spread her fingers out in his and then began kissing the tips. “Please.”

“Plenty of time.” Let me prove to you who I am.

She tapped her fingers against his chest, watching him as she considered. “Okay. But you can’t do that again.” He raised his eyebrows in question. “Kissing me. It messes with my head.”

“That’s an unacceptable deal. It doesn’t have to be on the first date, but I am going to need to kiss you again.” He loosened his arms some more, making sure she understood she could walk away at any moment. She was irresistible, but he was standing out here in the cold, in the dark, purposefully out of view of the other guests at the party. He didn’t want to scare her.

“You can kiss me again after twelve dates.” She punctuated this by sliding her hands inside his jacket, her hands cold against his chest.

She pulled up one shoulder, mock grimacing at him. “Well, either you’ll rise to the challenge or ... you won’t.” 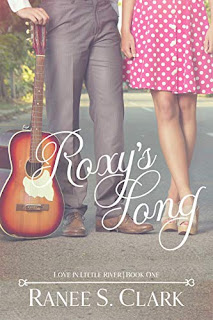 The night Tag Turner claimed he loved Roxy Adams and begged her to follow him to Nashville to live his dream, she sent him packing since she knew it couldn't be real. Even if he did insist he’d been singing his love to her for years.

Eight years later, Tag, now a famous country star, rolls back into small town Little River hoping for one more shot at winning his high school crush. But Roxy loves her quiet, country life on her family’s ranch—a life that doesn’t have room for someone who can’t buy coffee without national media attention.

Not ready to give up, Tag stays in Little River to work on his next album and convince the woman he loves to give him a chance. Will Roxy ever trust his feelings are real and not just lyrics in a song? 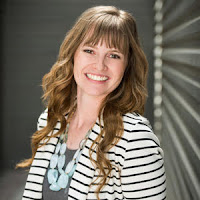 During her early years of reading, Raneé S. Clark devoured fantasy books, which continued into her adulthood—since she often believes that a well-written romance novel is a delightful fantasy. Though raising three boys can sometimes hamper both romance with her own Prince Charming and her writing, she tries to get a little of both in every day. And most of the time she succeeds.