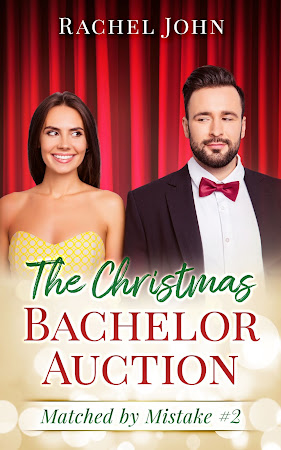 Bidding at a bachelor auction is just asking for trouble...

Cara Marconi promised to bid at her town’s charity bachelor auction, but never with any intention to win. So, when she accidentally bids too high and wins her best friend’s brother, she’s a little freaked out. Mostly because of that one time they kissed and never spoke of it again.

Justin Riggs was expecting to chaperone an old lady around town, not worry about hurting Cara when he leaves after Christmas. Of course, that’s not exactly how their conversation goes after the auction. He may have called her out on her crush on him … and added some other accusations that will live to haunt him forever. Now, Cara never wants to talk to him again, and he’s realizing too late that he’d like a lot more than her forgiveness.

Cara’s stuck. By winning a date with Justin, she’s also won the marketing headache that goes with it. As much as she’d like to Photoshop their heads together and call it good, the town expects to see them out together having fun. So, Cara has a plan. She'll friendzone the heck out of him, hide her heart where he can’t reach it, and conquer this crush by the time he leaves town.

Curl up with this sweet and sassy Christmas tale about mistaken motives and secrets revealed.

Laurie and Cara were in the room next door, laughing hysterically about something. Justin was starting to think this auction was all part of a master plan to prank every single guy in town and see if they’d do their bidding.

Well, he had things to do. He’d promised Dad new photos of the gift shop, and now was as good a time as any. Justin picked up his camera bag and checked it before setting it by the door, put his shoes back on, and glanced around. His leather jacket, which had been hanging on the bed post earlier, was no longer there.

“Laurie?” he called out. “Did you take my jacket again? It’s three sizes too big for you, what is your prob—”

He stopped short as Cara came rushing in with it, promptly tripped over his camera bag, and fell into his arms. The jacket landed in a heap on the floor.

He held her up by her elbows, trying not to laugh. “Are you okay?”

She looked up at him with those big dark eyes of hers, and he felt his heart pick up speed. As soon as she had her balance, he released her and went to pick up his jacket.

“I didn’t kill your camera, did I?” she asked, turning to look at the bag she’d tripped over.

He kept it pretty well insulated, but he checked it anyway, just to have something to do besides think about Cara being in here with him. “It’s fine. Sorry I left it there for you to trip over.”

“You always did like to booby-trap your room,” she said with a grin.

He stared at the ceiling. “That was one time. I was twelve.”

She shrugged. “Well, using fishing line as a trip wire was sort of ingenious. If I’m ever caught in a Home Alone type situation, I’ll use it.”

“A Home Alone type situation? Where your family heads to France and two bumbling thieves show up at your house?”

She fought to keep a straight face. “Exactly. It could happen.”

Their laughter died out and he didn’t know where to look or what to do. He shouldn’t enjoy teasing her so much. She had such a great laugh.

“Where’s Laurie?” he asked, rubbing the back of his neck. He still had the irrational fear that without a chaperone, Cara might try something, and he might like it as much as he had five years ago.

“Laurie’s in the bathroom. I saw your jacket on her bed so I thought I’d bring it to you.” As if sensing his discomfort, she immediately retreated back to Laurie’s room.

He picked up his camera bag and left, trying to put Cara out of his mind. Did she always have to be around? 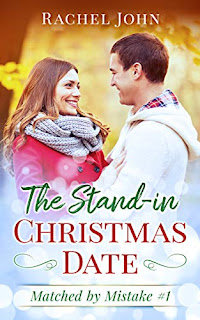 She’s totally smitten. Too bad he thinks she’s someone else.

Alyssa Owens is used to getting talked into crazy things by her lookalike cousin, but pretending to be her so she doesn’t have to break a date is ridiculous. Reluctantly, she agrees to the scheme—spend twenty minutes with the guy, wear sunglasses to maintain the ruse, make sure he believes she’s interested so her cousin can have him back when she returns to town after New Year’s, then make an excuse to leave. At least, that was the plan.

It doesn’t take Wes Fielding long to figure out that this isn’t the same girl he met at a speed dating event. After all, as a cop, he’s trained to study faces. But if this isn’t her, who is it, and why does she have to be so funny and easy to talk to? To unravel the mystery, he decides to play along, but the more he gets to know her, the harder it is not to wish for a happy ending rather than the humiliating one they now face.

Curl up with this sweet Christmas romance about mistaken identity and unexpected chemistry. 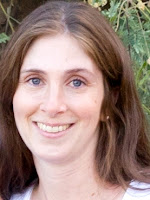 Rachel John lives in Arizona with her husband and four kids. She's a terrible cook, but unfortunately for her family, she keeps trying. When she's not chauffeuring kids around, she loves to read, work on family history, and write swoony and sweet romances.