Review of Murder at a Wedding (A Ridgeway Rescue Mystery) by P. Creeden 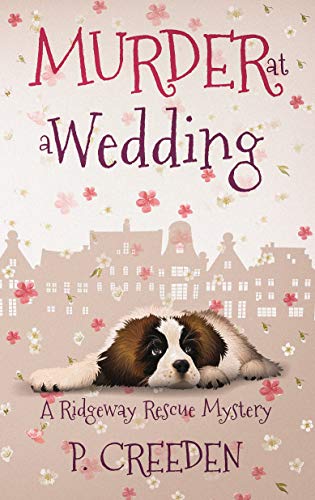 Murder at a Wedding

Emma’s father, Sheriff Wright, is getting married. Though Emma feels a wee bit jealous that another woman is taking her father away from her, Emma’s determined to be grown up about it. Both she and Molly have a part in the small ceremony. But when they arrive at the restaurant, a man falls from the fourth floor of the parking garage.

Only one person is witness to the incident upstairs, but she’s claiming she’s a victim, herself. Things aren’t quite adding up in the victim’s claims, though, but Emma doesn’t want to ruin the occasion with one of her theories. Still, the question remains—was it an accident or was it murder?

**My thoughts**
Emma's father is suddenly getting married and she isn't sure what she thinks about it. And of course, just as people are beginning to arrive for the rehearsal dinner, there is a murder.

They seem to quickly get over the trauma and go to the dinner celebration, inviting the woman who was claiming the deceased was trying to attack her. I have a hard time understanding how Renee so easily came to a stranger's intimate wedding just two days after her hubby was murdered. And she is fine staying at her house with the bloody mess in the other room. Possibly part of the twists and turns in the quick plot?

At least Emma's relationship with Colby is starting to heat up in this one. :)
Posted by Andi at 1:50 PM