Numan Versus Numan by Nicky Blue 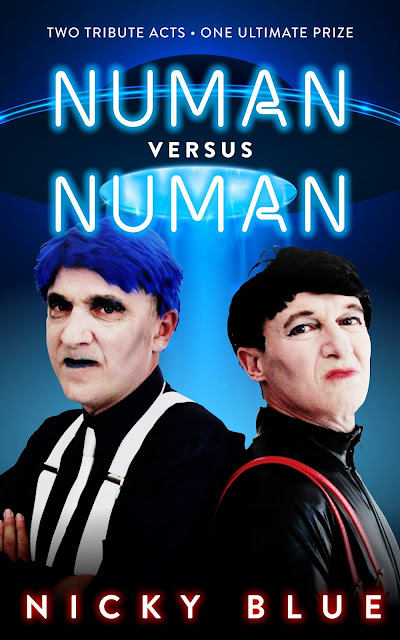 Having been blown away by seeing Gary Numan perform on Top of The Pops in 1979, Five went out and put an ad in the paper to form a tribute band. He named it 'The Romford Bombers'. They soon went on to dominate the annual Essex battle of the Gary Numan tribute bands. Until last year that is, when 'The Storm Troopers' came out of nowhere and stole their crown.

The Bombers’ 56-year-old lead singer will do whatever it takes to win it back. He also has reason to believe The Storm Troopers are pursuing a hidden agenda, and he’s determined to get to the bottom of it.

Hi, I'm Nicky, I am from Brighton in England. I have a passion for writing dark comedy & sci-fi fiction. Alongside this, I work as a translator on the planet KELT 2Ab in the Andromeda Galaxy. I'm thinking of leaving though, as the commute is killing me. I'm currently working on a series of comic and strange tales about alternative musicians from the 1980s. If you would like some of my work for free, keep updated and have some fun, come and join my reader's list at: www.nickyblue.com/read

I was compensated via Fiverr for sharing this post. I only share those books that I feel will be of interest to my readers.
Posted by Andi at 10:39 AM
Labels: book promo, comedy, dark, Featured Fiverr