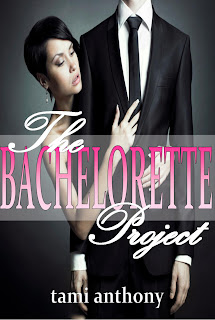 
Synopsis:
When an unfortunate twist of fate leaves 28 year-old socialite Leslee Robinson broken-hearted and unemployed, she embarks on a journey to discover what boggles every twenty-something single woman’s mind: What do men REALLY want and how do you find the perfect mate? With the help of her two best friends; Annie, a self-conscious, sarcastic single mother; and Karen, the neurotic, perfectionist ‘bridezilla,’ Leslee creates The BACHELORETTE Project, a ‘scientific’ dating experiment designed to uncover the enigma of the male species.

After multiple dates gone awry and unanticipated encounters of the extreme, Leslee decides to confide in the last person that she’d ever consider asking dating advice from: Eric, her handsome, womanizing college friend with a well-known ‘love ‘em and leave ‘em’ reputation. Aside from Eric’s infamous bachelor tactics, Leslee can’t help but to be oddly attracted to him, but will pursuing the charming, ‘bad boy’ philanderer that Eric is even be worth the risk?

With unbelievable twists and a contemporary, comedic Chick-Lit feel, The BACHELORETTE Project is the chronicle of a single woman’s journey to finding true friendship, discovering herself, and learning the enigma of love down to a science.

I follow Mark to his house from the bar. We pull up to this very quaint brick rancher with a gigantic front yard and half groomed bushes and trees spread about. There is nothing spectacular about Mark’s house. It’s … well, very plain actually. It’s not a dream house nor a McMansion. It’s as ordinary as ordinary can be. Yup, I think to myself, this will definitely be a booty call. I can’t even imagine living in a house like this. It doesn’t scream RICH and FABULOUS the way I would want a house to scream. I imagine that my future husband will have a fantastic two-story house with a classy cobblestone driveway and this breathtaking garden with white roses and lilacs growing in effigy. Yeah, maybe I need to leave this dream world of mine and face reality. I could very well fall in love with a man who lives in a rancher or worse, a motorhome.

I park Karen’s car in front of his house. He walks over and opens the car door for me. “So, this is it,” Mark says as I exit the car. “This is my home.”

“It’s very nice,” I reply politely. So what if I lie? Don’t act like you’ve never done it.

“Yeah, I’m not home a lot because of work and all,” he tells me. You can say that again, I think to myself. Who in the world doesn’t make sure that their hedges are cut? Who doesn’t mow their own lawn? There’s a solution to this scenario and it’s called hiring a landscaper.

“That … sucks,” I blurt out. I couldn’t think of a good word to use. It seems that most of our conversation topics were used up at the bar. Maybe it’s a good thing, though. Less talk, MORE ACTION!

I hold on to his arm as we walk to his front door. I place my head onto his shoulder devouring the exotic scent of his cologne. I’m in heaven. I decide to go in for the kill. Before I know, I’m stopping him in his tracks and planting the most passionate kiss on his lips, taking his breath away. He looks stunned, in a good way of course.

“For being the sexiest man that I’ve ever met,” I say slyly. “I can’t wait to see the inside of your house, mainly your bedroom.” I slowly move my hand under his shirt touching his finely-chiseled abs.

“I, um, yeah,” he stutters in shock. “Yeah, you can see the bedroom,” he says eagerly and rushes me to the front door. “Let’s, um, do that!” He opens the door and pulls me inside. I push him against the closest wall and begin to kiss on his neck. “You still,” GROAN! “Want that … oh, God! Coffee?”

“Not … right … now,” I say between breaths as I pull anxiously on the top of his jeans. I then feel something rubbing against the bottom of my leg and I jump.

“What is it?” Mark asks with his eyes closed.

“Your dog,” I reply. The dog continuously jumps on my leg and I laugh. “He’s a cute dog.” A little brown, furry thing. His dog is the most adorable pocketbook dog that I’ve ever seen.

“Let me put him in the guest room,” Mark tells me. “I’ll be right back.” He directs me to his couch. “Have a seat. I have a surprise for you.”

“Already?” I ask. I doubt it’s diamonds. After all, we just met. Maybe it’s a very fine Chardonnay of some sort. A girl can wonder.

“Let’s just say I like to set the mood,” he says then winks. He walks away with the dog.

OK, I think to myself as I take a look around the living room. It’s your typical man-home
equipped with a gargantuan-sized flat screen TV, an X-Box, surround sound speakers, an overly technical stereo, a wooden coffee table with absolutely nothing on it, and a wide collection of DVDs and video games. One thing’s for certain, he has a clean home that doesn’t smell funny. That has to be a plus, right?

“Leslee?” I hear Mark say seductively a few feet behind me.

“Yes?” I ask without turning around assuming that any second now he’ll be the one kissing my
neck. He claps twice and the room darkens. The sound of house music blares from the speakers and white strobe lights begin to flicker within the room. What … the … fuck? “Um, Mark?” I ask. “What is going on?” I hear him breathing heavily behind me and I begin to panic a little.

“There’s one thing that I didn’t tell you at the bar,” he says and I’m so afraid to turn around.

Where the hell did I put my Mace?!

“And, um, what’s that?” I ask. Now I’m speechless! What in the world is about to happen?

Should I be praying?

I feel him licking on the back of my neck and I shiver. “I’m a dancer,” he says.

“You mean like Cabaret dancing, Riverdancing, what?” I ask as my body shakes. I have no clue
what he’s talking about nor do I want to. “You dance the Tango?” I guess. “Waltz? Tap? Ballet?” I ask quickly.

“No,” he says and laughs. “I … am … SUPERMAN!” he shouts as he leaps over the couch and
jumps onto the coffee table wearing a Superman thong and a red cape all while holding a glowstick in each hand. Oh … my … God, I think to myself. Is this really happening? My libido has gone from roaring and ready-to-go to temporarily shutting down for the night. Is he serious?

Mark throws his arms in the air and freezes into some sort of funny, galactic pose. The music stops for a second and his eyes widen. Dramatic effect, I guess?

He throws off the cape and begins to thrust his pelvis forward. The music seems to get louder and louder, and I become more and more anxious to run.

“Accountant by day,” Mark yells, “private dancer by night, baby!” He then leaps off the table and jumps on my lap, humping me like some overly anxious teenage boy. I cringe. This is not how I imagined my night … not at all.

“Maybe I should go,” I say with fear in my voice. “I, um, have to get up really early for Pilates and I …” I’m lost in thought. Why do these things always happen to me?!

“You like this body?” he asks as he breaths heavily into my face.

“You like this rock-hard ass?” he asks as he stands on the floor and bends over.

“I, um, it’s getting late. I should go,” I say in a rush and grab my purse. I try to stand up but he pushes me back on the couch. Kick to the crotch NOW? I ask myself but too frightened to move.

“Grab my ass,” he instructs me. Apparently there’s no shame in his game.

“Ooooooh!” he groans loudly, then slowly his knees buckle and his body drops to the floor. He doesn’t move.

“Mark?” I say. He resembles a dead fish: pale, non-mobile, sickly looking. I clap twice to turn on the lights. “Mark, are you OK?” I ask as I stand over him and let my foot give his limp body a little nudge. He doesn’t respond. Oh fuck! I think I killed him! I grab his shoulders and shake him. “Mark, get up!” I yell. He lays still. “You can’t be dead!” I whimper pathetically as I smack his face. Sadly, part of me wants to take off the thongs and sneak a peek at the goods, another part of me wants to roll him on to his front yard for his neighbors to see what type of freak they live next to, but the part of me that’s telling me to leave quietly and quickly has hands down gotten my vote.

I slowly grab my purse and head to the door as his dog walks out into the living room and begins to lick on Mark’s face. The secrets that the dog could tell me are probably endless. Should I just steal the dog? No, Leslee, you can’t, I tell myself, then again …

“Since I obviously can’t have the man, I guess I’ll settle for man’s best friend,” I say aloud. The dog pauses from licking Mark’s face and runs toward me, jumping into my arms. The dog just looks at me. “What?” I ask him. “Would you rather be adopted by a woman with fabulous taste or would you rather be an orphan?” The dog looks down and whimpers. “Yeah, I thought so,” I say as I walk out of Mark’s house quietly. Another date, another disaster, but this time I leave with the cutest, most adorable partying gift ever: my new dog. 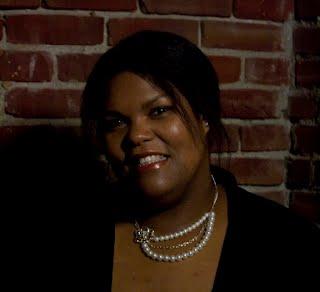 Author Bio:
Tami Anthony is an author, a playwright, and the beautiful mind behind Pink Butterfly Publications, a publishing company devoted to female-driven literature. She is a graduate of Rutgers University with a Bachelor’s in English Literature and Theatre Arts. Tami presently resides outside of Philadelphia with her son and is currently working on her second novel and future plays.