Author E.E. West ('A Canter of the Heart') on how to improve your fiction

Five ways to improve your fiction.

'Carpe diem, quam minimum credula postero!' Okay, start by putting your imitation 'Harry Potter™' magic wand back in the desk drawer, the book will never magically write itself – believe me, I've tried it hundreds of times, and the pen simply sits there and does nothing, but please allow me to translate. All this means is to 'pluck' or 'seize' the day, giving little credence to tomorrow, or to paraphrase, stop procrastinating and write, or if you are writing, don't stop! Writing is it's own type of magic, and if the planets are in line and the words are flowing onto paper, avoid all distractions and keep writing because the planets may not be in line again tomorrow.

Banish all cliches and old, tired prose – that is, unless you're writing a book of cliches or writing about old, tired characters. We all have a tendency to use our favorite cliches and words, and we do tend to use them over and over and over and over again... annoying isn't it? My copy editor from edit-my-book.com caught me using the word 'just' over a thousand times in one of my novels! Don't laugh until you've checked your own novel... Okay, go ahead and laugh, I did, and then I eliminated as many as I could, and now I watch for them everywhere. You might be surprised how often that one offending word is used, and then think of the other targets available like went, very, even, got, seem, and the list goes on, and on, and on, and on... annoying isn't it?

Okay, you've just written your first full-length work of fiction! Congratulate yourself for that genuinely awesome accomplishment, take a break, celebrate and even take a well-earned vacation from writing, and then come back to your brand new novel and... re-write it. Yes, I have an extensive vocabulary of the profane so feel free to use as many expletives as you like, but it won't change the fact that good writing is all about the re-write.

Use a copy-editor or at least a professional beta-reader to proof-read your work. With the advent of the ebook, being able to publish our work pretty much at will is an unbelievable piece of luck, and an awesome responsibility. Believe me, building an author platform is hard enough without flouting the fundamentals of spelling, punctuation and grammar, so if nothing else, at least have a professional copy-editor, or someone with the requisite skills, edit your work before you click the upload button.

Don't forget to stop and smell the roses. (What did I just say about old tired cliches! You see, we all do it, and I even thought I was being witty.) Let me start again... We're all sentient beings, and the characters that we build need to engage their world as we do. It's easy to forget that our characters need to interact with their world just as much as they need to engage and impress us with their oratory prowess. According to an article in Wikipedia, two thirds of communication is non verbal, and the average break down - unless you happen to be Helen Keller - is 83% visual, 11% auditory, 3% olfactory, 2% touch and 1% taste, so do take the time to breathe in that sweet bouquet of bubbling pond-scum as the overtones of early morning sulfur settle on the back of your tongue in your post-apocalyptic world.

Happy writing, and never forget, it's a full contact sport. 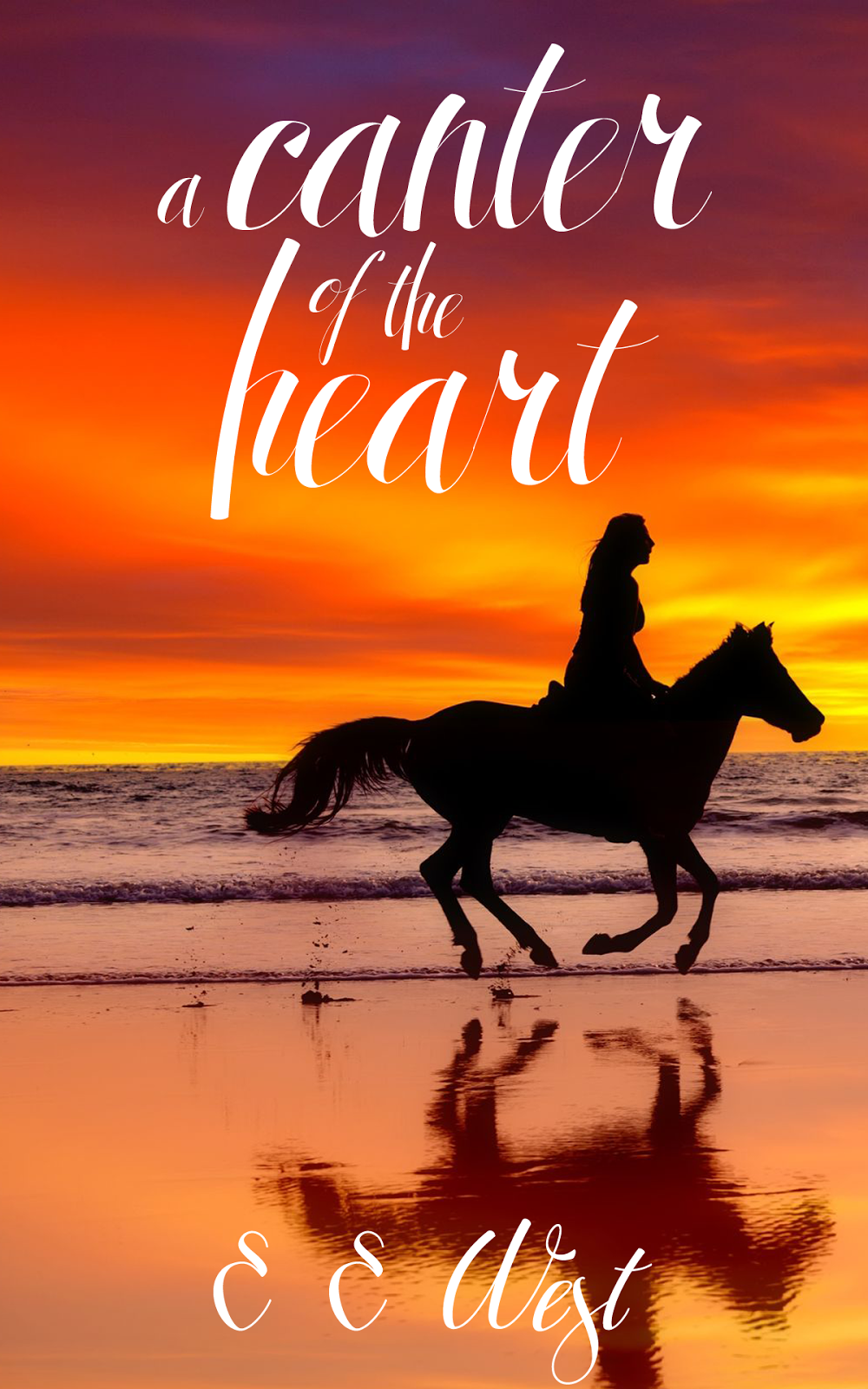 A beautiful Australian para-equestrian, Eleanor, is rudely awakened the morning after her twentieth birthday to face two pressing problems: the first, though she refuses to accept it, is that she's been told by many acquaintances and relations that she'll never find true love, and the second being, though she doesn't know it yet, that she can't even get up the steps to visit the blasted night-club with her mates! What no one knows is that one random act of chivalry, at the hands of a handsome American naval flight officer, is about to turn her world upside down. The heartfelt and sometimes harrowing journey that follows is as humorous as it is inspirational.

A Canter of the Heart is the romance of a new millennium, a story that you've never heard before, and one that should take its place amongst the iconic romances of our time. But most importantly, it is a romance that will speak, most unapologetically, to your heart. A Canter of the Heart is the first book in ‘The Equestrian and the Aviator’ trilogy that sets our intrepid heroine on the journey of a lifetime. The first thing that you will no doubt discover is that Eleanor, fickle girl that she is, has already found the love of her life – her inspiring love of horses.

This trilogy is based on a true story, and is a testament to the therapeutic riding programs offered by the Riding for the Disabled Association of Australia. It is dedicated to the many remarkable, selfless people who made and continue to make those programs possible.

A Canter of the Heart
Chapter One

A Canter of the Heart
Chapter Three

I've been a resident of the Pacific Northwest for the better part of two decades, and blithely accept life in the shadows of the nesting grounds of bald eagles while ensconced amidst the company of wild, damp and understandably nervous bunnies. I prefer to write at the dining room table, where the light is better and I can work next to Simon, the sweetest one hundred and twenty pound Rottweiler that you're ever likely to meet -- except when he's in the mood to editorialize, which he is only on rare occasions. I much prefer to write love stories that take place in warm, sunny and exotic locales as I admire and rate the latest downpour direct from the Pacific Northwest's over-active convergence zone, but in my heart I will forever be drawn back to the lucky country... Australia... and maybe one more lovely canter along an endless beach.