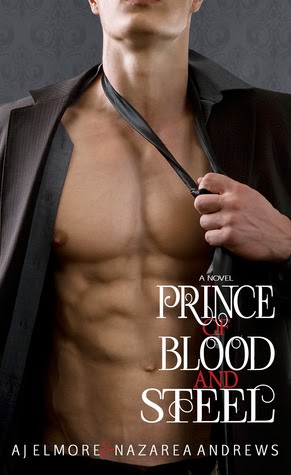 Seth Morgan has returned home after two years spent building an alliance that will take his family's crime syndicate to a new level in New York City's black collar society. He expects a warm welcome as heir of the Morgan empire. He hopes to finally marry Nicolette, the woman he's loved his whole life.

What he finds is a different world, one where his family's legacy is in ruins. His big brother, Caleb, has changed into someone cold andbitter, plotting to overthrow their patriarch. And Nicolette, daughter of the criminal banking industry, has left the family entirely.

When a vicious misunderstanding leaves Caleb dead, Seth is left reeling. Desperate for truth, Seth is forced to turn to his only remaining cousin, Emma, for support. As he tries to mend his relationship with Nicolette, he begins a search for answers that will take him from the dirty streets to the highest reaches of their illicit empire.

Torn between the desire to protect those who mean the most to him, and a need to learn more about Caleb's death, he grows distant to protect them. As each secret surfaces, he realizes that the only way to restore his family is to take his place at its head, and fully embrace the brutal way they live.

Check out a chapter!


Irving Prep, New York City. January 30th
It's been a week of seclusion and mourning. A week of waiting and wondering. Wondering if Seth will come to her. She isn't surprised that he has kept a low profile. But she wants to see him and know where she stands.
Instead she is shuttled between her mother’s home and Mikie’s, refused any answers. Even her phone was taken away for a time—for her own good. Being constantly under Mikie’s guard has worn on her nerves. It took a screaming match with Bethania, and tears for her uncle, to be allowed to go back to school.
She steps out of the classroom into the hall of people. They give her a wide berth, wary of the dark princess. Emma has heard the whispers floating around school about her family. She ignores them. The idiots at her school know nothing. Nothing. About her family, about her cousins.
Quinn comes up and wraps an arm around her shoulder, pulling her along the hall. She would be lost without her friend. But she resents his company now. She wants her thoughts and her cousin.
“Go ahead of me,” she says. He hesitates, so she puts a little steel in her eyes. A smile tickles the corner of his lips, but he turns and leaves her.
She can feel the darting glances from her classmates, and she twitches her uniform skirt. There's a bathroom ahead. For a moment she considers retreating there. But that's weakness, and she refuses to show that right now. She adjusts her books and heads for the stairs.
"Emma."
It's a whisper of noise, almost blending with the rest of the people murmuring her name. Except that she's waited two years to hear this voice.
She turns and sees him, half hidden in shadows. Her stomach turns, his attention on her like a hot brand.
They sit like that for a few long minutes. Then he squeezes her gently and pulls away. He doesn’t look at her as she reaches for her Coke, wiping at her eyes. She’s so young, he thinks. So damn young and vulnerable.
“What place have you been given in the family?” he asks.
She shrugs. “None.”
Seth jerks, looks at her with startled eyes. Emma hurries on. “Uncle Mikie wanted me to finish school before they brought me in. Besides, you know they always kept me in the dark.”
“I know you never tolerated it,” Seth answers, an amused look brightening his eyes.
She hesitates. Does she tell him now, about Caleb? He speaks before she can, taking her choice away. “Things are going to be a little different, now that I’m home.”
And Caleb is dead.
The words aren’t spoken, but they hang there. She nods and leans into him again. “Yes. It will.” She hesitates, and then adds, “Mother is furious, you know. The entire family is waiting to see what you’ll do—who Mikie will kill next. They don’t know how to anticipate your next move.”
He looks down at her, her red-gold lashes dusting against her cheeks as she picks at the hem of her dress. She’s not a child anymore, not the little girl he left behind, and comments like this remind him of that. What has she done—who has she learned from, while he was gone? She darts a glance up at him, curious.
“Are you still listening at doors, Emma?” he asks, teasing, remembering her childhood habit for gathering information.
She nods. “I listen where you can’t. Always.”
He doesn’t speak—his voice and breath are choked in his throat. He came home to death and threats, to a brother ready to kill him and an uncle who demanded death for that offense. He came home to a family he doesn’t recognize and cannot trust.
But with a simple declaration, she’s reminded him that some things don’t change.

AJ and Nazarea became friends in a writers group. Drawn together by a love of fictional bad boys and good wine, they are best kept several states apart but rack up a ton of emails and text messages arguing plot points.

Nazarea Andrews is an avid reader and tends to write the stories she wants to read. She loves chocolate and coffee almost as much as she loves books, but not quite as much as she loves her kids. She lives in south Georgia with her husband, daughters, and overgrown dog.

Aj has seven tattoos, two dogs, and a bachelor's degree in journalism. She enjoys live music, and a diverse range of writing styles and genres. She has been writing creatively and therapeutically since childhood. She also supports artist collaboration and cross-media projects. She is an advocate of experience as inspiration. She lives and works in southern West Virginia as a bartender novelist.