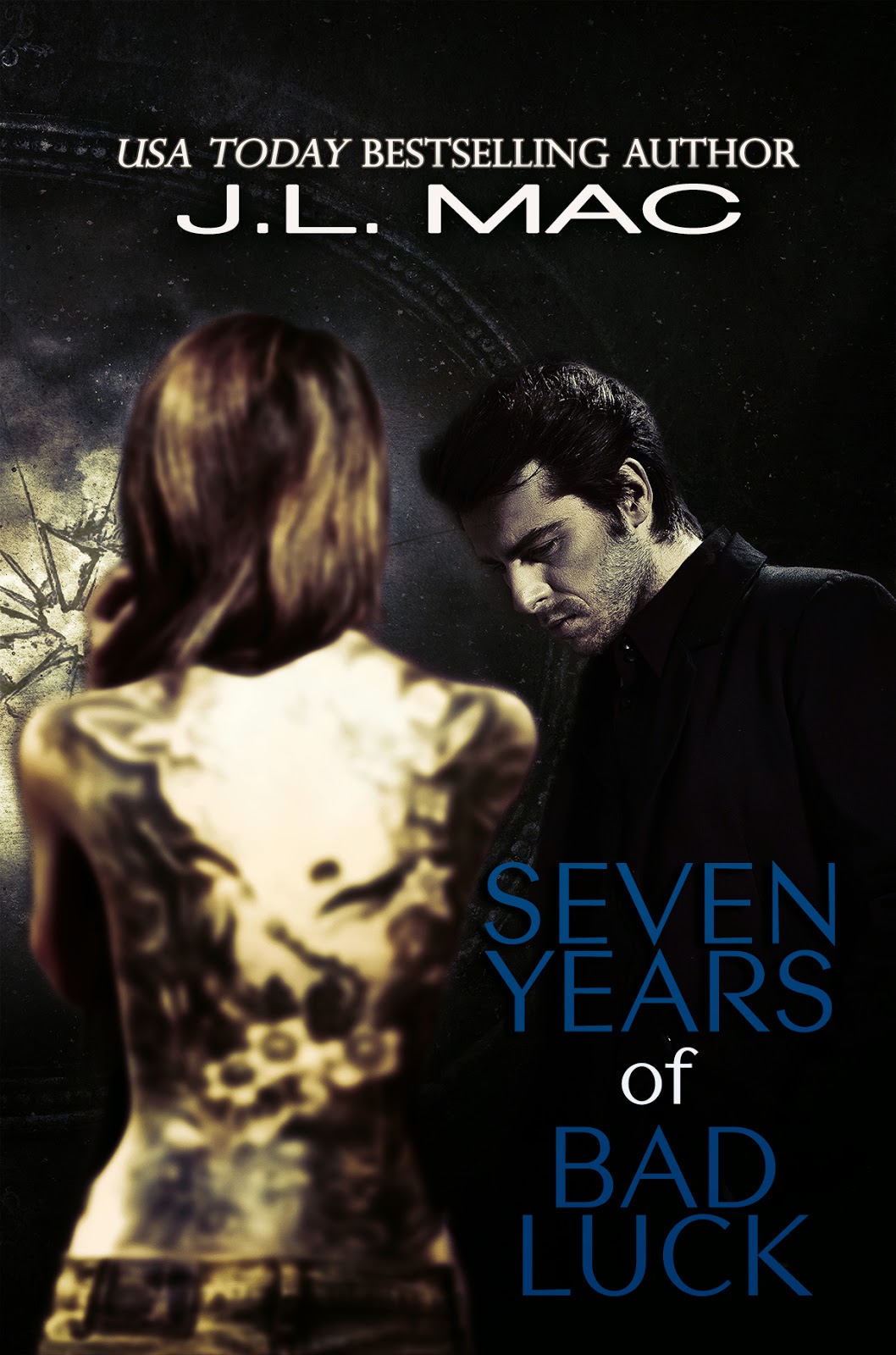 When twenty-six year old Kathleen Cooper realizes that she forfeited her dreams and aspirations of becoming a lawyer after a brash decision to run off and marry the insanely charming Aidan Cooper, she decides to regain what she lost over the course of their seven-year relationship and start fresh.

With a renewed sense of hope and determination, she moves to a different city, lands a new job, and meets the handsome Benjamin Chase in a serendipitous way.

But even with all of these changes and hopes of gaining a new life, Kathleen is still not happy with the person she sees in the mirror staring back at her. She is an insomniac. She generally has bad luck in just about everything she attempts. She’s clumsy, and even if Prince Charming fell into her lap, she would likely push him in the opposite direction, for fear of getting hurt or worse, hurting someone else. This time she can’t blame any of these things on her bad luck or her destructive marriage. This time, it’s not her heart that’s in danger. This time, she has much more to lose and everything to gain.

Will she realize her mistakes in time to repair the damage?
Will she be able to reverse her shattered self-image and discover true happiness?
Will she ever find her way back to the person she was before seven years of bad luck?

Chill bumps spread like a fierce wildfire across the surface of my skin. I couldn’t tell if Ben noticed or not. I hoped that he didn’t. He leaned slightly to his left and deposited his coffee cup onto an end table. Then it was his turn to break our intense silence, and boy, he didn’t just break the silence, he shattered it into a million pieces along with my stupid ploy and formerly bolstered, but newly absent, courage. Apparently, once Ben spoke, my smart-mouthed inner Kat disappeared in a hurry. His voice came out low and rough; each syllable that rolled off his tongue seemed to stroke me internally, causing my stomach to flip and flutter wildly.
“Kathleen, am I the one to thank for these chill bumps, all over your skin or did something else do this for you?” As he spoke to me, he lifted his right hand and lightly brushed the backs of his long fingers down my right upper arm then swirled a light circle around my elbow and continued down the sensitive inner skin of my forearm, skating across my flesh with barely-there strokes from his nimble fingers.
I kept my eyes cast away from his. I seemed incapable of looking directly into his eyes. I felt as if looking straight into those glowing depths of vivid blue would cause me to be swallowed up whole and pulled beneath the surface to blissfully drown in him. The fierce sexual energy that permeated the air around Ben made it difficult to breathe, and it intimidated me.  I chose not to answer him. Or perhaps I couldn’t answer him.
“Kathleen, look at me.” His commanding tone and presence was hard to challenge even from a distance and far more grueling a task within such close quarters. I could smell him, I could feel the warmth from his body radiating outward, and I could clearly hear each breath he drew from the space between us and pulled down to fill his lungs. I felt a powerful crimson, heated blush roll through my veins. It coursed throughout my body leaving evidence of my arousal in its wake. My skin heated, and my neck and cheeks flushed into a hot red. I realized that I was helplessly adrift in a sea of desire and arousal and that battling the current would be useless. I could either embrace the journey along the formidable pull of the current, or I could fight in vain against Mother Nature, knowing that undoubtedly I would lose.
“Look at me. Answer my question.” I lifted my eyes from the floor, but still avoided his stare.
He extended his long index finger and placed the pad of it beneath my chin and encouraged my head to tilt back, forcing my eyes to meet his. The moment we locked eyes, my breathing halted , and I felt my stomach flip and flutter all over again with a heightened need that exceeded any feeling I had experienced before it, ever. I battled against myself for composure so that I could finally answer him. I had not the faintest idea of what I would say, but I knew I needed to say something. My eyes darted around a bit, and he released my jaw, giving me an opportunity to speak.
Tit for tat, I thought.
“You never answered my own question, Mr. Chase.” I made a point to emphasize his name in hopes that sounding more like his employee would bring a halt to his request for an answer. I was hoping we could end this torturous little tango that had me tied up in knots.
No, Kat. You wish Ben had you tied up. He hasn’t done it yet.
And with that sarcastic little jab to my sex life (or lack thereof), the inner Kat sauntered back into my head as if she had merely stepped away for a moment, but didn’t go too far. 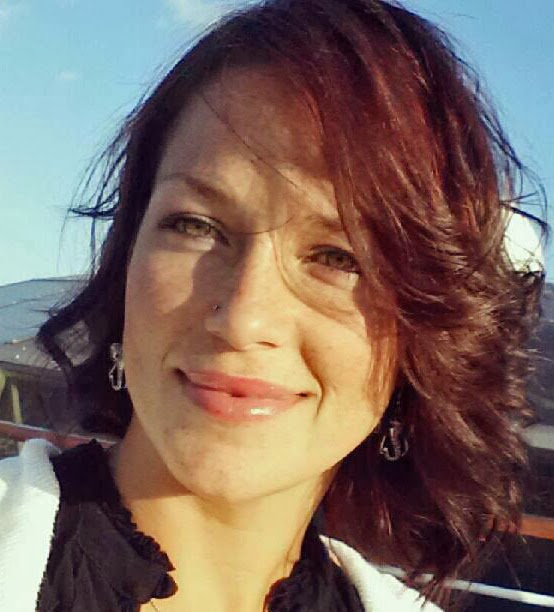 USA Today Best Selling Author,J.L. Mac is twenty-seven years old and currently resides in El Paso, Texas, where she enjoys living near her family. She was born and raised in Galveston, Texas. J.L. admittedly has had a long and sordid love affair with the written word and has loved every minute of it. She drinks too many glasses of wine on occasion,and says way too many swear words to be considered “lady-like.” J.L. spends her free time reading, writing, and playing with her children. 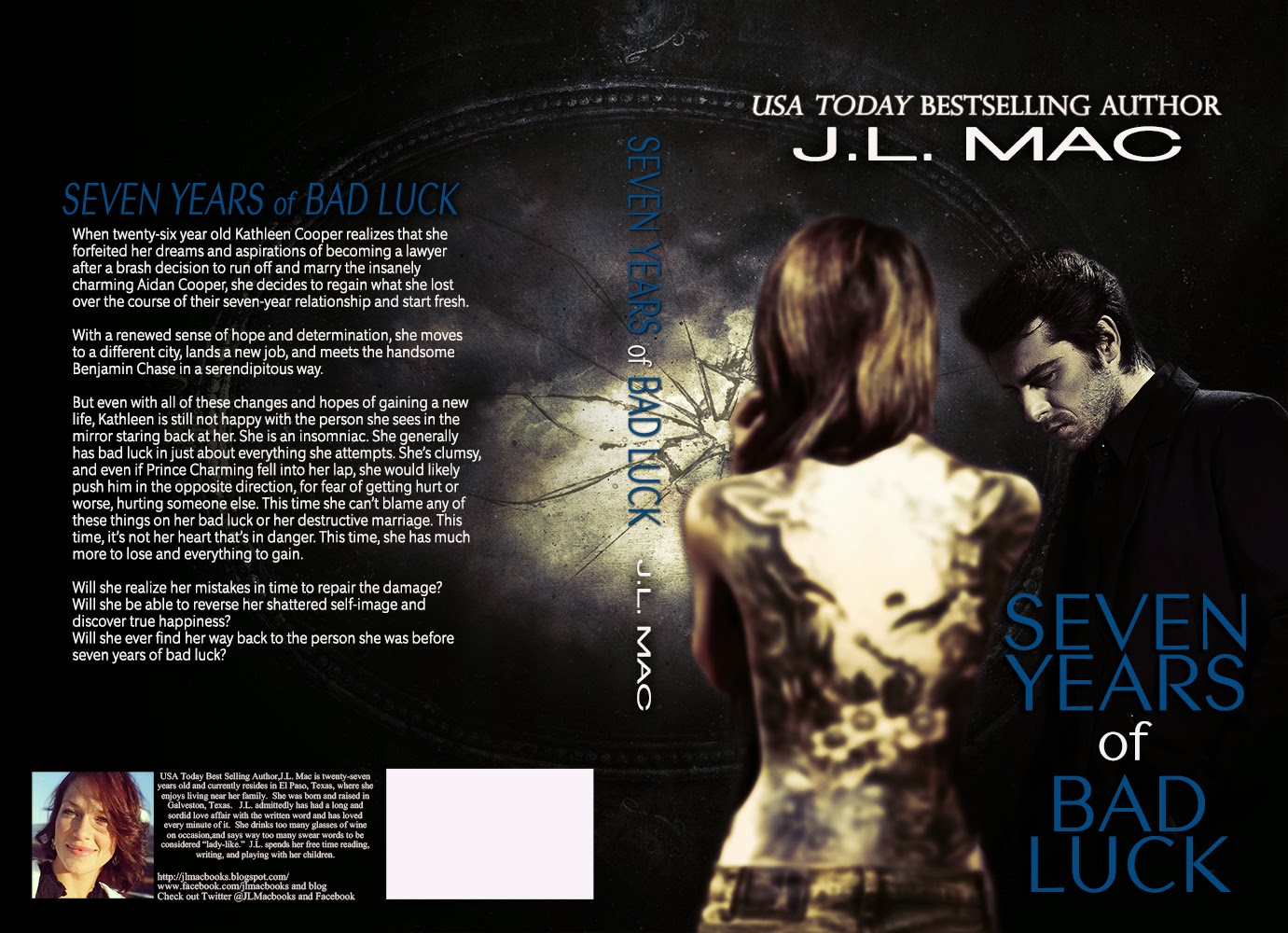