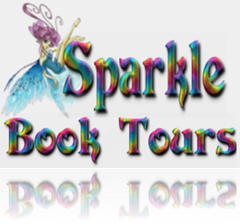 Valentine’s Day is a special day for declaring and sharing love with that special person. For some people there’s nothing more romantic than snuggling together with romantic music or a movie that inspires; for others, it might be hot air ballooning over the sand dunes, or something really extreme. There’s something special in the way all couples celebrate their love.

1. A surprise date night (he remembered!) at a favourite restaurant with the complete candle-lit ambiance, music to swoon by, and the most memorable meal. We travel there by limousine!

2. A surprise date night with dinner cooked by my partner, with candles all through the house, red rose petals strewn everywhere and romantic music playing.

3. A weekend getaway at a safari or country lodge, out in the bush, listening to the night sounds of wildlife and being away from the city … just us!

4. My partner skywrites his message of love across the sky, telling everyone how he feels.

5. Bouquets of red roses arrive at my office, making all my colleagues green with envy.

6. My partner creates a spa at home with scented oils, soft music playing, champagne to get us relaxed and in the mood…

7. Waking up to a champagne breakfast, cooked and served by my loving partner, complete with a fabulous gift of something very special (perfume, lingerie, jewelry) and red roses.

8. A sunrise hot air balloon ride over a magnificent part of the countryside, with champagne and strawberries served on board.

9. A country picnic in a nature reserve with loads of delicious treats that one normally would not buy – and, of course, champagne.

10. Just him remembering to get a card would be nice… 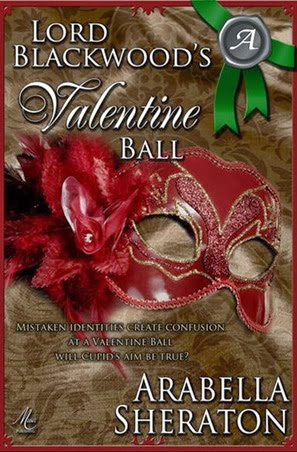 Blurb-
Patience Cherwell is resigned to a life of spinsterhood. When her young friend comes to stay for a London season, Patience decides the eligible Lord Blackwood is the perfect match for her guest and determines to see the pair united. So why is Patience anything but happy when the pair seems to actually like each other? And, when a mysterious Valentine corsage arrives, who will Patience discover is the anonymous admirer?

Excerpt-
Patience continued in a fierce whisper. “Rejection? I think not, your lordship. That man should rejoice in the knowledge that he is loved, truly loved with a burning passion that the lady might be too shy to reveal.”
He caught her by one hand. “Too shy to reveal? Oh, Miss Cherwell, you have given me such hope. Do you think she fears this passion might not be reciprocated? Does she fear rejection?”
“Oh, yes,” she breathed. “Just think what it means if a woman displays emotion to a man, sentiments that others might consider unseemly. They would judge her harshly.”
“But she must not care what others think,” he said in a voice that sounded strangely hoarse, as if he struggled with some repressed emotion. “If only she knew that he reciprocates her ardour with a consuming love that he would give anything to reveal. He burns inside for her touch, her approval, her consent, and for the slightest indication that he may proceed without fear.”
Patience gazed deep into his eyes. “He may proceed, my lord, without the slightest fear and secure in the knowledge that he is loved beyond all bounds of propriety, that the lady would give anything to find herself at one with him, joined to him irrevocably in life and love!”
“And what about an age difference?” he whispered. “What if the man is more than a few years older than the woman he loves? Will their love endure?”
Something squeezed her heart as his words meant the final confirmation of his adoration for young, beautiful, vivacious Lorna. Twenty years was a big gap between Lorna and Lord Blackwood. However, an age difference was not so important, not when two people loved each other. She owed it to her friend to encourage him. She had to press on, no matter if the task broke her heart.
“What is age,” she whispered back to him, “when two minds think as one, two hearts beat as one, and two bodies are joined as one. The union of mind, body, and spirit transcends age.”
Patience breathed hard as she spoke, and he continued to stare at her. He did not speak, and his face, already so dear to her, was as familiar to her as her own. Every detail of his features burned into her consciousness. She was floating, uplifted by a thrilling throbbing of blood in her veins, by an intense feeling that overwhelmed her. She leaned towards him in an alarmingly intimate fashion. A mere hair’s-breadth separated their faces. The tiniest movement from either of them would bring their lips together. She sat back and he released her hand.
“Pardon me,” he said. “I was captivated by the fervour, the strength contained in your reply.”
Patience, flustered, looked around for the charcoal she had dropped. “Oh, my apologies, your lordship. I am not sure what came over me to speak so freely about…er…matters of love. I am sure you consider me forward or impudent.” 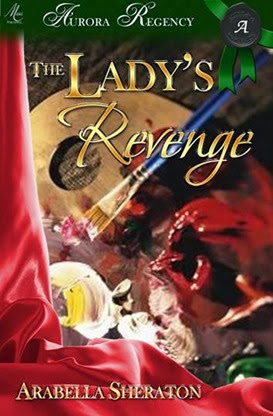 Blurb:
Lord Charles Blackwood and Miss Patience Cherwell have continued on their path of newfound romance, following Charles’ disclosure of his love for Patience at the Valentine Ball. Indeed, all indications point to their inevitable engagement and marriage. Until Miss Letitia DeVere returns to London after a mysterious two-year absence, shocked to find her former admirer and almost fiancé, Charles, near proposing to another woman. Letitia is not a woman to give up what she wants easily, and she wants Charles back. Letitia has a dark past, full of secrets that could ruin her newfound social success. When Charles proves to be less malleable to her seduction and wiles to lure him back than she had expected, Letitia realizes she has real competition. Patience is not one to sit back and let Letitia take the man of her dreams away without a fight. Patience sees through the lies and tricks Letitia spins, but refuses to play her rival’s games, hoping her own forthrightness will not only win the day, but the hand and heart of the man she loves. But who will Charles choose?

Excerpt-
She ran lightly to the other side, lifted the covers, and slipped into bed, winding her arms and legs around his body. Oh, his hard, muscular body felt so good; the sensation of his skin on hers made her gasp with desire. She’d forgotten how appealing, how irresistible he was. In all their passion, she had never touched his naked flesh. His prudish sense of discretion had made him impervious to the temptation of anything more than long sucking kisses and much fondling, albeit clothed.
Letitia enjoyed only seconds of the pleasure before he leaped out of the bed like a scalded cat, grabbed the poker from the fireplace, and held it out in front of him.
“In God’s name, what is this? Who are you?”
Letitia reached for the candle and lit it. His body was magnificent, like a statue of those Greek athletes she’d seen in galleries. Not an ounce of spare flesh, only rippling muscles… She had waited so long for this and just the sight of him meant it would be worth it. Her body tingled as a thrill of arousal flared.
He stared at her in total horror. She stared back, her smile fading as she realised he was not at all pleased to see her. His conservative ways had clearly come to dominate his thinking while she had been absent.
“Letitia? What on earth are you doing here? Naked? In my bed?”
She sat up, pulling the sheets around her breasts. She pouted in a provocative way. “If I’d known you’d be so displeased to see me I wouldn’t have bothered.”
“Displeased?” He laid down the poker and shrugged on his dressing gown. “I’m stupefied.” He fastened the cord of his gown securely. “You must leave at once.”
She reached out to him. “Don’t be silly, Charles, I’m here for you tonight. We can consummate our love now. We can be together. Let’s forget the nonsense about the portrait. We can make passionate love, and then we can marry. It’s what you always wanted.”
She fluttered her eyelashes as she looked up at him. “It’s what I’ve always wanted…”
His face was grim. His eyebrows drew together in a harsh line.
“I wanted it once, Letitia, but no longer. I have seen a side to you I find hideous, even shocking. I will not marry you, and this cheap ploy will get you nowhere.”
He grabbed the covers and yanked them off the bed. She laughed, and made no effort to cover her body, but he averted his eyes. “I suggest you get dressed right now, and I will take you back home where you belong.” 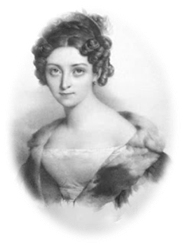 About The Author-
Arabella Sheraton grew up on a diet of Jane Austen, the Bronte sisters, and many other writers of that period. From Jane Austen to Georgette Heyer, Arabella has found both enjoyment and inspiration in sparkling, witty Regency novels. She also loves history and generally finds the past more fascinating than the future. Arabella wrote her first Regency romance to entertain her aged mom who loved the genre. Arabella is honoured to share the adventures of her heroes and heroines with readers.