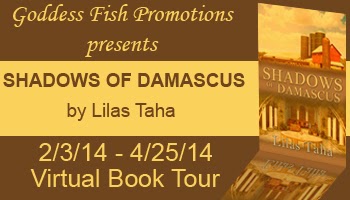 When I wrote this story, my aim was not to describe a political climate that was, and still is, too volatile and complicated to explain without delving in history lessons. I wanted to write about emotions, about the people who have to endure the rest of their lives with unusually heavy loads on their backs. I wanted to write about life, rather than death and destruction. But how can I do that when the premise of the plot is set in two still active wars?

When the peaceful uprising in Syria broke out in March 2011, then down spiraled into violent chaos, I felt a deep desire to write a story that catches part of the struggles survivors go through. By no means, giving their agony its due rights. Although my characters are completely fictional, I drew on my own experiences, having spent a good part of my early years in Damascus.

Growing up in Kuwait, and having been displaced by the Iraqi invasion in 1990, I carried my own share of baggage when I immigrated to the U.S. Being lucky enough, or abundantly blessed, or however you may characterize a successful outcome, I landed a good life. However, I know many who didn’t. Among them, some American soldiers who were involved in Iraq.

When I worked with domestic abuse victims, I saw a different kind of survival, escaping active wars we carry within. I am constantly aware of the heavy price any meaningful success requires of people. I wanted to bring the two worlds together. The hopeful dreamer that I am, I wanted my hero and heroine, two destroyed souls by completely different wars, to have a chance in life. And so the story of Yasmeen and Adam began. 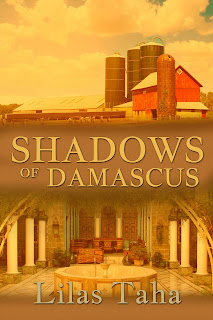 Shadows of Damascus
by Lilas Taha

Bullet wounds, torture and oppression aren’t the only things that keep a man—or a woman—from being whole.

Debt. Honor. Pain. Solitude. These are things wounded war veteran Adam Wegener knows all about. Love—now, that he is not good at. Not when love equals a closed fist, burns, and suicide attempts. But Adam is one who keeps his word. He owes the man who saved his life in Iraq. And he doesn’t question the measure of the debt, even when it is in the form of an emotionally distant, beautiful woman.

Yasmeen agreed to become the wife of an American veteran so she could flee persecution in war-torn Syria. She counted on being in the United States for a short stay until she could return home. There was one thing she did not count on: wanting more.

Is it too late for Adam and Yasmeen?

Shadows of Damascus to be released by Soul Mate Publishing mid January, 2014.


Hot cup of coffee in one hand, phone receiver cradled on shoulder, Adam dialed the phone number at eight thirty the following morning. A decent time. A woman’s soft voice greeted him.

“Good morning, ma’am. I’d like to talk to Mr. Pemssy?” He barely contained his excitement.

“My name is Adam Wegener,” he enunciated his words. “I want to speak to Mr. O. R. Pemssy.”

“Damn it.” His excitement disintegrated like a popped balloon. He went back to the kitchen table and re-worked the letters again, only to end up with the same number. Frustrated, he crumbled the papers and threw them across the kitchen floor. To hell with this, he’d wasted enough time on this shit. If Fadi wanted something from him, he damned well better call him.

Hungry and angry, he stabbed a slice of toast and smeared it with peanut butter. Tension building in the muscles of his arms, he wanted to throw or break something. Instead, he swallowed the sandwich and went outside to work. Climbing astride his rusty old tractor, he cranked the motor.

Rising heat squeezed sweat from his body like a sponge with no regard to his fragile mental state. His mind crunched numbers without end while he worked. Thoughts of the cool fridge full of icy drinks beckoned him for an early lunch. He abandoned his tractor in the middle of the field, and headed home, discarding his wet shirt on the way. He walked around the kitchen, stomping papers. It felt good and satisfying. As satisfying as the icy Coke he gulped down. Needing to put things in order, he collected the discarded papers. When he reached to crush the envelope, his eyes landed on the Turkish stamp. A surge of excitement gripped his stomach. One more thing he needed to try.

Logging onto his laptop, he searched Turkey’s city codes for area code 216. Istanbul on the Asian side. He searched for the country code, then the time difference. Eight hours ahead put it close to nine p.m. in Istanbul.

He dialed the sequence of international code numbers and held his breath while the same ringing tone played with his nerves.

“May I speak to Mr. Pemssy?”
“Yust a minute.” The man spoke with an unmistakable heavy accent.

Adam dropped in a chair and closed his eyes in anticipation.

“I see you got my letter,” a deep voice said.

“You’re the one who sent it? Who am I speaking to?” Eyes wide open now. Could it be Fadi? Damn it, he couldn’t remember his voice.

“You know who I am. I can’t use my real name. How is zat hib of yours? Giving you trouble?”

Fadi. Same annoying accent. “What the hell is going on?” He grit his teeth and tried to ignore the mispronunciations. “Couldn’t you have given me your phone number in the letter, or called me directly?”

“I didn’t know if you still lived at that address, and I didn’t want my number to fall in the wrong hands. You’re not listed. I knew you liked to count things. That was the best I could come up with.”

“I too tried to find you many times. What can I do for you, man? What do you need?” Was there a better way to say he hadn’t forgotten Fadi?

“I need a favor. But I can’t explain over the phone. Get on a plane and come here as soon as possible.”

“You want me to fly to Turkey? You serious?”

“You promised to help if I needed anything, and I do. Desperately.”

Adam coughed to steal a moment. What the hell? Fly over there? Could he even afford it? He’d like to help the guy, but this was insane.

“Can’t just drop everything and leave. I’ll do my best to help you from here if you tell me what you need. Nothing illegal, you should know this upfront.”

Adam was torn. Torn and ashamed to admit he looked for a way out of the promise he’d given years earlier. “Your life?”

He heard an agonized exhale. 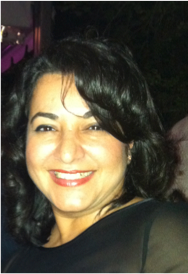 Lilas Taha is a writer at heart, an electrical engineer by training, and an advocate for domestic abuse victims by choice. She was born in Kuwait to a Syrian mother and a Palestinian father, and immigrated to the U.S. as a result of the Gulf war in 1990. She earned a master’s degree in Human Factors Engineering from the University of Wisconsin- Madison. There, Lilas met her beloved husband and true friend, and moved with him to Sugar Land, Texas to establish a family. She is the proud mother of a daughter and a son. Instead of working in an industrial field, she applied herself to the field of social safety, working with victims of domestic violence.

Pursuing her true passion for creative writing, Lilas brings her professional interests, and her Middle Eastern background together in her debut fictional novel, Shadows of Damascus.