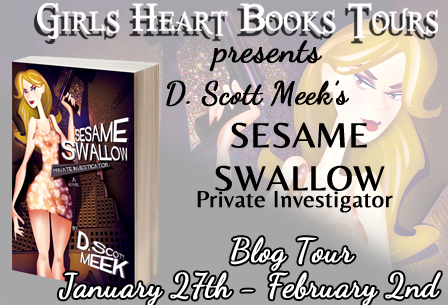 Human trafficking is part of the plot of D. Scott Meek's book Sesame Swallow: Private Investigator. What do you need to know about this worldwide problem? 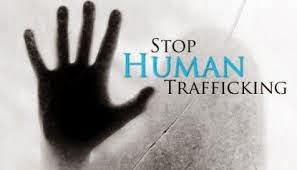 What is human trafficking?

Trafficking in persons is a form of modern-day slavery for many, including refugees. It is the illegal trade in human beings through force, fraud, coercion, or violence for purposes of sexual exploitation, forced labor, and other slavery-like practices.

Anywhere from 700,000 to 4 million persons worldwide are trafficked across or within national borders every year. Virtually every country is affected by trafficking, whether capitalized by traffickers as a source, transit or destination location. Generating roughly $7 billion to $10 billion annually, human trafficking is the fastest growing global criminal industry, with high profits, low risks, minimal capital investment, and a "commodity" that can be used over and over again.

Women, men, and children fall prey to trafficking worldwide. Viewed as valuable commodities in the sex trade or labor industry, vulnerable individuals are targeted by traffickers poised to exploit their desperation, misfortune, and ignorance. They may be lured by false promises of employment opportunities and a better life, abducted, or sold outright by families who themselves are in need of money or hope to provide a better life for their children. 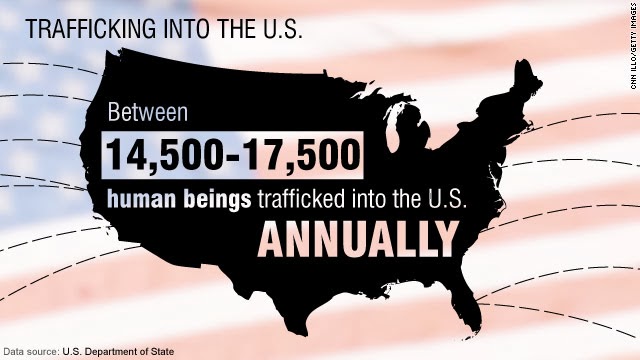 It doesn’t just happen in little backwards countries with names we can’t pronounce, but everywhere, including here in the United States, there are people, mostly women and children, who are kept under lock and key, sometimes for events that would outright shock you:

"It is expected that between 100,000 to 300,000 American women and children as young as 12 years old are exploited in sex trade within the county, according to USA Today. “While it is possible for people to be abducted during the Super Bowl, most are likely taken beforehand and used at major, large-scale events like the Super Bowl."

"Such incidents include the estimated 10,000 women and minors that were trafficked in the Miami area during the 2009 Super Bowl in Tampa, Fla., according to the Florida Commission Against Human Trafficking."


The Super Bowl? Yes. Even at the Super Bowl - wherever there is a lot of money and people who can afford those kinds of “services”, there are going to be trafficked people. And that’s not the only place that we find victims. Consider anywhere, any event that caters to a lot of people, people with money and influence, can be a source for human trafficking. Why? People want what they want; there’s a demand, such a demand that there’s obviously a very lucrative “import/export” end of the business. 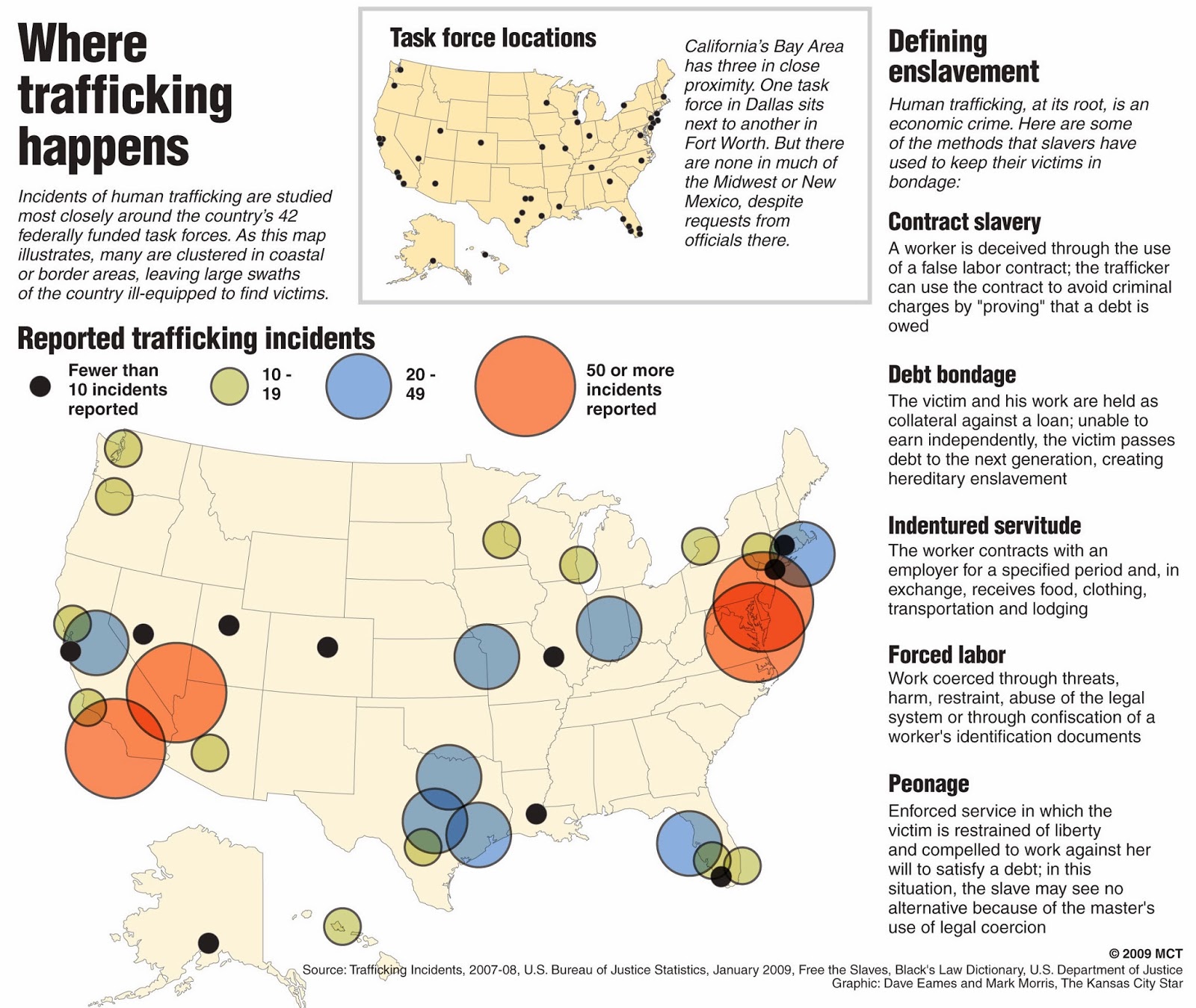 
Sometimes just hearing about something is not quite good enough. Sometimes just writing about isn't either. Sometimes you need to do something about it, even something simple, so AC21 came up with "21 Ways to Get Involved". These ways include the simplest things, such as 'liking' them on Facebook or following them on Twitter so you can be informed. Other ideas include hosting an AC21 party, getting your place of employment involved, and even being aware of which products you buy are made my human trafficking slaves. A21 is new and not very established yet, but they are growing, and hopefully soon they will have a chapter in every major American city. 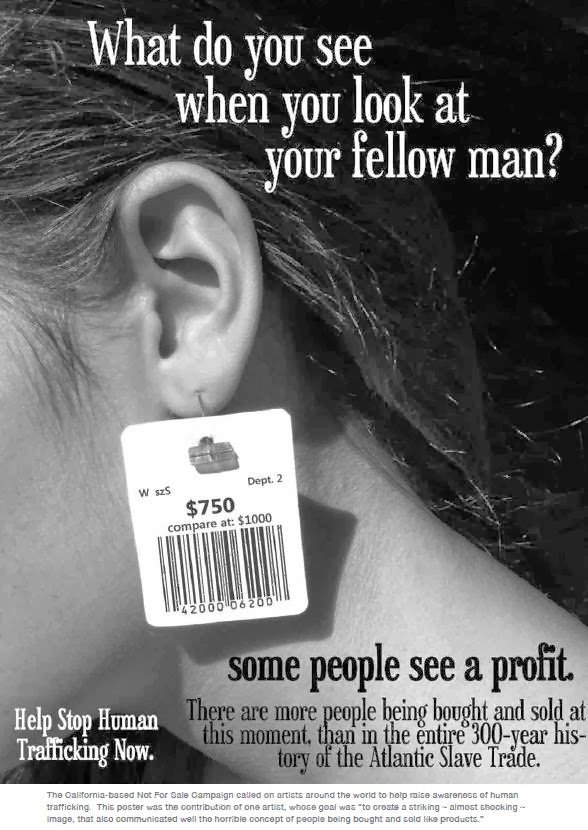 Human trafficking is terrifying, and it's epic, global. And it actually makes me a little sad to write about this in my novel and learn more as a result, but someone out there is counting on one of us to do something, even a little something, to help them, and getting the word out, as I've said, is at least half the battle. Only when others can see what's being done to the most vulnerable out there can we hope to make any kinds of real changes. 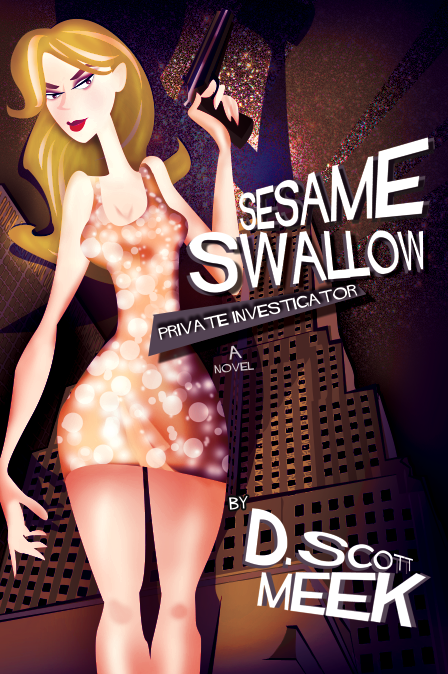 Looking for a chance to make a name for herself, Sesame Swallow, wanna-be Baltimore private eye, finds herself in the midst of her first real case and on a slipperier slope than usual to danger.

If Nancy Drew had come of age in the modern world, worn eye-popping short skirts and stilettos and drank Johnny Walker Black with the best of them, she would have been Sesame Swallow, a late-twenties party girl with an oral fetish straight from the not-so-hallowed halls of a local college and looking to make a splash in the shady world of private investigation. After months of questioning her career move, Sesame finally lands her first case: find a missing person, the web-famous wife of a local entrepreneur and wealthy businessman, but she’ll need to get her hands and her knees dirty to do the deed. A raunchy, laugh-out-loud adventure, this first in a series of seductive mysteries finds our sexy heroine doing what she does best: whatever must be done to whomever she must do it.

"I really enjoyed reading Sesame Swallow, there was a dark twist in the story line that just drew you in. The sex scenes were hot, and the connection to the characters was pretty deep. This story also brings to light a global crime that some may not even be aware of—human trafficking. I think it takes talent, like D. Scott Meek's, to bring a very real problem into a fictional story and make it work."
- Thom Cahir, author of "911 Avenged" 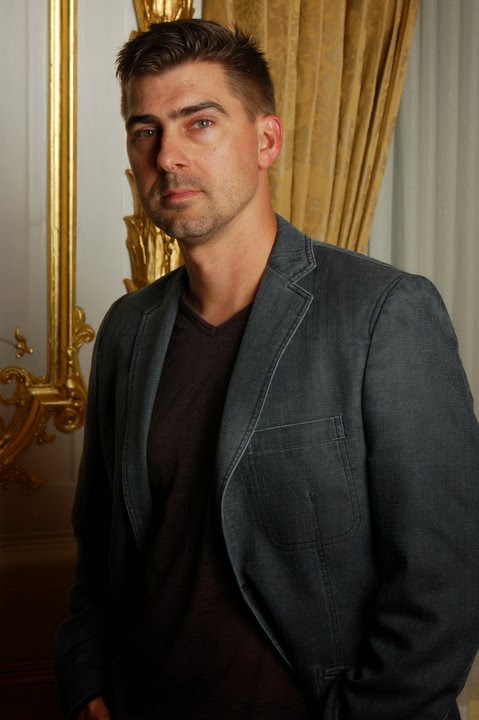 What's a mid-40's divorced man to do after wrapping up twenty years in the US Navy? Why, start a career in teaching and writing, of course. Oh, and explore the world some more. And read everything possible. And go back to school. And enjoy every moment to its fullest.

A teacher for the government by day, I ply my wares at night on my laptop, where I'm cranking out silly blog posts, socio-political commentary, poetry, short stories and novels at an excessive rate. If I was driving, I'd have been pulled over by now. Meanwhile, I have kids to raise, a girlfriend to love, and a spunky wiener dog named Sloppy Joe to goof around with.

Beyond that, I'm busy with life, having fun, working out, going to parties, traveling, etc. When I burn out and die, I want to be able to say that I did everything that was possible for me to do. I want to die like I live: with a smile on my face.

Join the Facebook Event
Posted by Andi at 12:00 AM