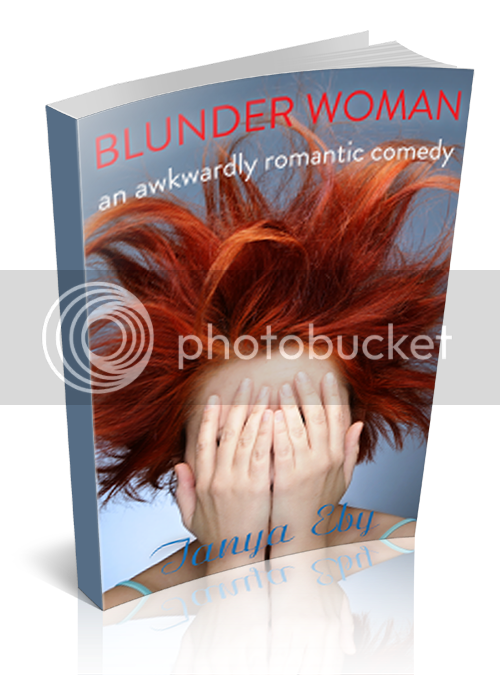 Chloe Knaggs is a bit of a nerd, a bit of a klutz, and all Blunder Woman, especially when it comes to love. Take the love of her life, Matt M. - or as she calls him - Mmm. He's her consummate unboyfriend, meaning, they have all the intimacy of a dating couple without any of the intimacy. Confused? So is Chloe. When Matt decides to elope with the very beautiful, svelte Amber, Chloe goes a little bit crazy and takes her hippy mom and best friend Megan right along with her.

Blunder Woman is a hilarious romp with bright characters through a series of misadventures including a derby party gone horribly wrong, a night of drinking Flaming Turtles, and a fundraising event where the biggest blunder of all occurs. Blunder Woman is funny, fresh, and above all real...in a truly awkward way.

WARNING: "Blunder Woman" will make you snort out loud so drinking while reading is not recommended.

A Brief (but not brief enough) History About Matt

I’ve done these things before.

I didn’t want to go to the stupid Employee Esteem Training but I had to. I’d just been hired part-time at the musical society to write grants and organize fundraisers and I had to show that I was part of the team, a real go-getter, a team player. (More on this musical society later. Work is important, but right now I’m talking about the love of my life.) So the team-building thing was mandatory. No go, no job, end of story. So I was very pleased to walk into the Wedgwood Center (a.k.a. The Happy Place) and see a very handsome and very male individual standing in the center of the room, arms open and smiling. Sex appeal came off of him in waves, the way the scent of Axe deodorant pours off high school boys.

We had uncoffee on Tuesday. Followed by unlunch (I was too nervous to eat) and an unwalk (we sat on a park bench and talked). I thought, I’ve found him. He’s the One, and leaned in to kiss him. He answered a call on his phone. It was his mom. At the end of our ‘date’ he hugged me to him, told me he loved spending time with me, that I was unlike anyone he’d ever met.

I’ve loved him for two years. Two! I probably love him still. And I hate his guts for that. Really. I do.

Tanya Eby is an audiobook narrator and novelist living in Grand Rapids, Michigan with her tiki-obsessed husband and two quirky kids.

This Blitz is brought to you by Reading Addiction Book Tours