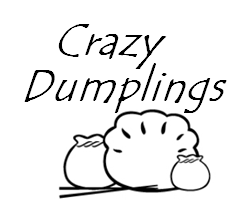 Hi! My name is Amanda and I am an American who has been living, writing, and cooking in China for nearly three years. China’s favored dish, the dumpling (or jiaozi in Chinese), can be found on every street corner, in every restaurant, and in every kitchen in China, but they are all pretty much prepared the same way: a bit of meat, some garlic and ginger, and a bit of vegetables if you’re lucky. Even a visit to the freezer section at any grocery store displays hundreds of packages of dumplings that all look and taste the same.

But the dumpling is so versatile! Have you ever tried stuffing a dumpling with chicken? Refried beans? Cheesecake filling? No? Hardly anyone has! My cookbook, Crazy Dumplings, takes this simple staple food and prepares it in ways you never thought possible! From buffalo chicken dumplings to pizza dumplings to apple pie dumplings, a world of foods is available to you in an easy dumpling wrapper with Crazy Dumplings.


1) Mix flour and salt together in a mixing bowl.
2) Drizzle in water, mixing with a chopstick or fork.
3) Leave in bowl, covered with plastic wrap for 15 minutes.
4) Gather dough up into a ball and kneed on counter for a minute or two (until the dough is smooth)
5) Pinch off small portion of dough and roll into a ball (about 1 inch in diameter). Roll out into a flat circle on the counter, dusting with flour to keep dough from sticking.
6) Put small amount of preferred dumpling stuffing mixture into the middle of the flat dumpling wrapper. Pinch the dumpling closed.
7) Cook dumplings.
a. To fry dumpling, preheat oil for 30 second then lower heat. Cook dumpling on each side for only about one minute or until golden brown.
b. To steam dumplings, place in a steamer or on an elevated plate in a wok over water for about 10 minutes.
c. To boil dumplings, place in boiling water for about 5 minutes.
8) Always cut a dumpling open to make sure it cooked through.
9)Serve!

1. Mix ground meat, shredded cheese, spices, and cilantro together in mixing bowl.
2. Spoon mixture into dumpling wrappers.
3. Fry dumplings for about 1 minute on each side or until golden brown (be sure to open one to make sure the meat is thoroughly cooked).
4. Serve hot with sauces for dipping. 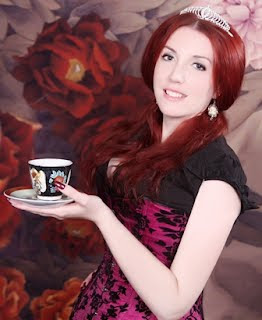 Amanda Roberts received her master’s degree in English from the University of Central Missouri in 2009. In 2010, she and her husband moved to rural Hunan, China to teach English. Amanda has been chronicling their adventures on her blog Two Americans in China for nearly 3 years.

One of her biggest obstacles to overcome was learning how to cook all over again. She discovered that this is a major frustration for most expats living abroad. Crazy Dumplings is her first book in what will hopefully become a full line of cookbooks for expats and people living at home who want to learn fun and more natural ways of cooking.