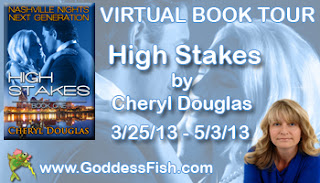 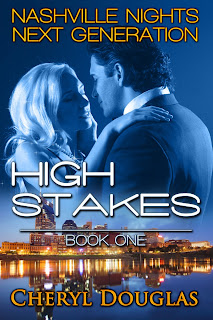 Former party girl, Alisa Turner, made a deal with her daddy, Trey. He’ll provide the seed money for her new business venture as long as she promises to stay out of trouble. Too bad her good intentions tumble 30,000 feet when she meets a sexy stranger on a flight to sin city.

Hotel mogul, Liam Bryson, has never believed in love at first sight, but when a sexy little siren twenty years his junior tempts him into a night of high stakes Blackjack, he’s suddenly playing for keeps.

Alisa wakes up in Liam’s bed the next morning, cursing Tequila and the five carat diamond on her left hand. She demands an annulment before her over-protective father finds out she reneged on their agreement, but her new hubby isn’t prepared to let her go without a fight.

“Have you seen this garbage?” Trey Turner asked, tossing the rolled up newspaper in his daughter’s general direction. “That’s the third time this month I’ve seen your face in some rag, drinkin’ or partyin’ with—”

Alisa held her hand up. “I’m not having this conversation with you again. I’m twenty-five, not five. That means I get to decide what I do and with whom I do it.” She loved and respected her father, but if he had his way, she’d live under his roof and abide by his rules until she was too old to care about having fun.

“Oh yeah?” He smirked. “Who bought you that fancy condo you just had to have, or how about that new A7…” His eyes fell to her shoes. “Gucci?” He whistled under his breath. “Must’ve cost a pretty penny. Might be the last pair you buy for a good long while. I hear waitresses are only makin’ minimum wage plus tips. That’s probably not enough to buy designer shoes or purses.”

“You’re threatening me?” Alisa couldn’t believe what she heard. She and her father had always been close. He may not always agree with the choices she made, but he never threatened to cut her off before.

“Call it what you want.” He shrugged his broad shoulders. “I’ll do whatever I have to do to keep you from self-destructin’ the way I did.”

Alisa knew her father’s history with alcohol. When her parents divorced, before remarrying more than twenty-five years ago, he’d hit the bottle hard and nearly destroyed everything he worked so hard to achieve. But she wasn’t him. She was young and single, trying to enjoy life a little before settling down into the life of domestic bliss so many of her friends seemed to favor. The life she’d almost had, before another woman stole it from her. 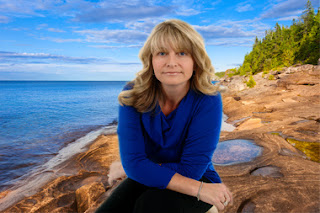 Cheryl began her professional career as a nutritionist, but her love of books started at an early age. She studied writing for many years before she decided to pursue her passion as a full-time career. After receiving constructive criticism from several well-known authors, Cheryl finally had the confidence to write her first romance novel.

The first book in the Nashville Nights series, Shameless, was a book that had been dwelling in Cheryl’s subconscious for years. For her, the surprise came when the manuscript began taking on a life of its own. Characters came to life, secondary characters became more prominent, outlines were forgotten, and a single title evolved into an eight book series, and another eight book spin-off series entitled Nashville Nights, Next Generation.

One word would aptly describe Cheryl: workaholic. She lives and breathes her writing, when she’s sleeping, watching TV, driving, reading… it’s always in the periphery of her mind. Her imagination rarely takes a holiday, even when she escapes to a sandy beach with her husband and son, she’s planning, plotting, outlining, and daydreaming.

Cheryl feels blessed to be able to get up every day and do something she loves. The thousands of fans who have embraced the Nashville Nights have made that possible. She writes for the readers who ask for more, she writes to satisfy the muse residing inside of her, but most of all, she writes because she couldn’t imagine doing anything else with her life. It took her thirty-seven years to decide what she wanted to be when she grew up, but now that she knows, she’s convinced she’s found her purpose.