Review of 'The Never' by Kristina Circelli 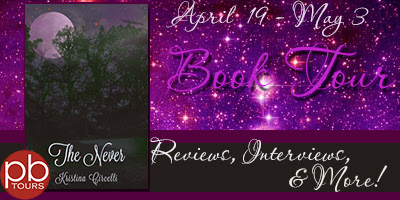 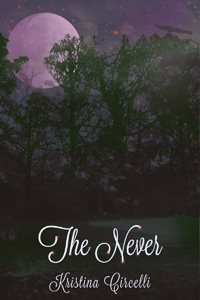 “Out of nothing, we create something.”

Arianna has spent her entire life being called a dreamer, an artist who created a world no one else can see. And for her entire life, she has taken the medication that keeps that world – and the one who brought her there – at bay.

Now an adult, Arianna reawakens that part of herself kept locked away in the darkest corners of her mind. When she hides her medicine from her fiancé’s ever-watchful eye, he returns – the shadow in the night who collects her for an adventure known only in her fantasies.

But something is different about this world called The Never. It is no longer the cheerful place filled with light and laughter that she knew as a child. Now, the sea creatures drag their visitors into the depths of murky waters. The natives battle to the death against the tribe of children. And the pirates, led by the feared captain called The Hunter, seek out Arianna for their own sinister plans.

As Arianna goes deeper into The Never, she discovers just what her connection to the land means – and must choose between her life rooted in reality, and the world where anything is possible.

This book is a hauntingly beautiful read. Arianna's delusions are so intense and so real that you feel sad for her believing in them, yet question your own interpretation of reality because they seem so real. You feel sad for John, who is left behind, watching his fiancee slip further and further away, no matter what he tries to do. You can feel Arianna's desperation to bring back the place she loved so much as a child. It reminds me of longing for the more innocent days of my own childhood. Only, my childhood was real and hers was all located in the depths of her twisted mind.

You fear that she will never find her way back to reality, but at the same time, cannot imagine her ever being able to lead a normal life. I love the descriptions of her paintings, which are pulled from her imagination and recollections of The Never. I am almost jealous of such creativity, yet wouldn't want the cost. 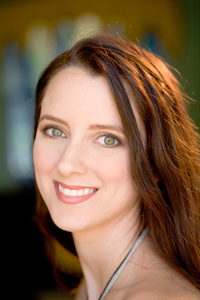 A lover of the written word since the time she first picked up a pen, Kristina Circelli shares her passion for fiction in her multi-genre novels.
Circelli is the author of several fiction books, including The Sour Orange Derby, a young adult novel about family and childhood imagination steeped in southern traditions; Beyond the Western Sun and Walk the Red Road of The Whisper Legacy, which centers on Native American cultures and the legends that come to life in the spirit realm; and The Helping Hands, a book that follows a gang of friends who rescue abused children.

Currently, Circelli works as a copywriter, author, book editor, and creative writing professor at the University of North Florida, where she received her Bachelor’s and Master’s degrees in English. She resides in Florida, with her husband and two kittens.