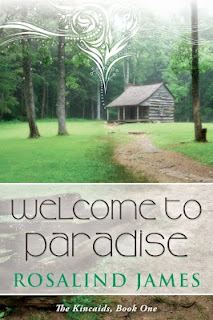 By the bestselling author of the Escape to New Zealand series—

Mira Walker is hoping that competing on a “living history” reality show will give her what’s missing from her real life. Maybe she’ll get closer to her boyfriend, who hasn’t been all that nice to her lately. Get fired up about her job again. Who knows, she might even win a million dollars.

Gabe Kincaid and his brother Alec are after that million too, though. Mira and Scott are no threat at all, not when everybody involved is going to want to kill Scott after the first day. And there’s no bond stronger than a twin’s. What could possibly go wrong?


Gabe began to haul out suitcases, then stopped in his tracks.

A couple spaces beyond, a young woman stood next to a glossy black BMW with its door open, her gaze turned up to the eastern skyline. Gabe could see why. The view was tinted with a rose pink that lay softly over the mountains, giving them an almost ethereal glow. She sensed his presence behind him, turned with a warm smile that was a perfect complement to the light bathing the landscape behind her. “Alpenglow,” she told him happily.

“What?” he asked stupidly.

“That’s what they call that pink thing. Alpenglow. Isn’t it beautiful?”

She nodded, looked back at the mountains with a sigh, leaving Gabe free to take in the view that interested him most. She wasn’t especially slim—in fact, she was downright . . . rounded. Arms, breasts, hips, it was all there, all the good stuff. A nicely defined waist, too, in a slightly crumpled short-sleeved summer dress that flared out at the hem. Long, shiny brown hair caught on the side of her head in a simple braid that reached nearly to her hips, ended in a curly tail. All right, she was attractive. A pretty face, nice hair, a beautiful smile, but she certainly wasn’t gorgeous. So why was he staring at her?

“Cute,” Alec said quietly beside him.

“Yeah.” Gabe gave himself a shake and began to turn away.

“Hey.” The man was striding quickly across the parking lot. Light brown hair, parted neatly. Slim and tall, somewhere between Gabe’s six foot and Alec’s six-two. And, Gabe realized, the same asshole who’d flipped them off earlier, at the light. Frowning, now, as he came to join the woman. “What are you doing? I’ve been waiting for you.”

“Did you get the car cleaned out?”

He sighed impatiently. “I’ve got all our stuff inside already, and unpacked, while you’ve been standing here. Could you get a move on, please? I want to go to dinner.” “Sorry,” she said again. “It’s just so beautiful.”

The man smiled tightly, still not acknowledging Gabe or Alec, who had come up to stand beside his brother and watch the pair. “All I’m asking for is a bit of focus here, sweetie. Eyes on the prize, remember? Can you do that for me?”

“Of course,” she said. Gabe could see the flush spreading up her cheeks, her embarrassment at the reproof in front of strangers. Not his business, he reminded himself. None of his business at all. 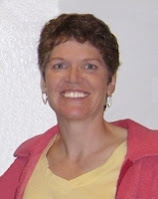 Rosalind James is the author of the bestselling “Escape to New Zealand” series. “Welcome to Paradise” is her first book set in the United States. A former marketing executive, Rosalind divides her time between California and New Zealand.