'The Possess Saga' by J.A. Howell 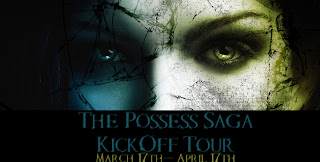 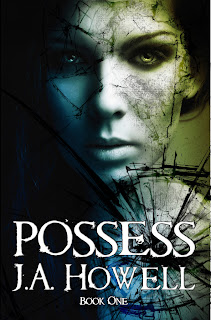 Stumbling off the bus in Midtown, Harley Martin thought she found an escape from her old life.

She soon realizes it was anything but that.

Low on cash and options, she manages to find herself a cheap but surprisingly nice apartment. The catch? The last tenant, Brody Walsh, killed himself.

As disturbing dreams and hauntings start to occur, Harley realizes there may be much more behind the previous tenant’s death than a simple suicide. She finds her life further entangled with his when she learns that her new boss, Nolan, was also his best friend. Could this handsome but evasive pub owner have something to do with Brody’s death?

Trying to piece together the events surrounding Brody’s death proves to be a daunting task, but Harley can’t give up. Brody won’t let her. He is still in the apartment with her, trapped in limbo until she finds his killer.

But he’s not waiting for revenge.

The familiar sound of dishes being dunked under a running faucet as they clinked together pulled me from my bed once more. This has to be a dream. With a heavy sigh, I slowly rolled out of the comfort of my bed. My feet dragged beneath me as I rounded the corner and walked into the living room. There she stood. Same girl. Same blue eyes. Same black hair. I cursed under my breath as I staggered through the living room, still groggy with sleep as I kept my eyes on her.

Her arms moved in the sink, scrubbing a stack of dishes that were submerged in the soapy water. Her hair covered most of her face and she seemed to be mumbling to herself as she tirelessly scrubbed. Even as I came up behind her, she was still oblivious to my presence. Just like before.

Without warning her shoulders crumpled forward and her whole body shook with sobs. I gritted my teeth as I watched her crying over the sink. I don't need to deal with this crap. This is a stupid dream. She still made no motion to move nor respond to me and, after a minute, I stepped closer, placing my hand on her shoulder.

“What’s the matter?” She didn’t answer, instead her shoulder slacked under my touch as her hand shot up and fingers clamped around my wrist.

“I'm sorry!” Her voice cried out suddenly as she whirled on me. I stumbled backwards, falling onto the floor as I tried to pull my arm free.

“Let go of me!” I tried desperately to pry her fingers from my wrist, but her grip only tightened. I slid back on the parquet floor, my legs poised and ready to kick at this deranged figment of my imagination. I squeezed my eyes shut.

Harley, it's just a dream. Just a stupid dream like last time.

Even as I told myself that, the pressure grew around my wrist and her nails dug into my skin as she pulled herself toward me. “Did you hear me, honey? I said I’m sorry!”

“I don't know you!” I kicked at her and she fell forward, landing on top of me.

“Will you just look at me, please?” She whimpered quietly as her breath tickled my neck.

Dammit... Maybe if I just do what she says, she will go away.

After a second I looked up at her. Her blue eyes, slightly lighter than my own, peered into mine with a deep forlornness. I stared back, wishing she would just disappear and I would wake up.

“There, I’m looking at you. What the hell do you want from me?”

“I'm sorry, Brody.” Her lips pouted as a few tears trickled from her eyes. “I’m so, so sorry.”

“Who’s Brody?” I wrinkled my forehead, only further confused as she bent her head down on my chest and let out a huge sob. Ughhh. “It's fine, just stop crying!” I began to plead with her, but her cries were cut short as her body went rigid. Ugh, what now? I pried my wrist from her stiffened grip and her body rolled off of me, completely lifeless as she lay face down on the floor. I gently nudged her side with my foot. No movement.

I shook my head as I squeezed my eyes shut again, but when I opened them, the girl was still laying there, slumped over and unmoving. Taking a deep breath, I leaned forward and pushed her hair away from her neck to check her pulse. Just as my fingers touched the ice cold skin on her neck, her head lulled towards me and the black tresses fell away from her face. Nausea immediately rose from my stomach at the sight of her fogged over pupils. Her lips were purple, her skin was white with a sickly blue tinge and sunken in around one cheek bone. Her other cheek was smashed in, gaping with raw tissue. Bits of white bone fragments protruded through the gore. The skin around one eye looked like it had been picked at and torn away. I could see animal-like teeth marks in the jagged, torn, flesh and a bloody stump was all that was left of her nose. I turned away from her, clutching my stomach.

“This isn’t real, Harley! This isn’t real!” I shook my head as I slid myself over the kitchen floor, back against the cabinets. My body convulsed as I reached for the countertop and felt bile rise in my throat. I wanted to get as far away from her as I could, but sickness won over as I fell forward and retched. 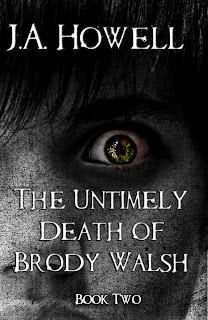 
Book description:
Brody Walsh’s life is left in disarray when his girlfriend is found brutally raped and murdered. But it completely shatters when his best friend, Nolan is arrested for the crime.

Even as the media is portraying him as a monster, Brody knows Nolan isn’t capable of murder.

That leaves the question: Who is?

Once the trial begins, Brody discovers just how little he knew about his girlfriend, spurring him to dig into her past for possible answers. And as Aggie, his long time confidant and childhood crush, stands by his side through all of this, he finds his own past resurfacing when his feelings for her reignite. But as the media and the prosecutors close in on Nolan, ready to convict him for a crime he didn’t commit, Brody will be forced to make a choice.

A choice that will lead to his untimely death. 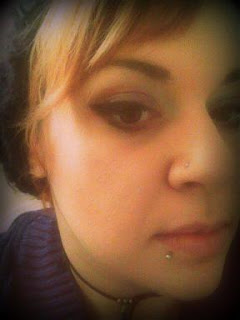 Author Bio:
J.A Howell is an office drone by day, and a writer by night. Her love of writing took off when she was eleven years old and decided to fill a composition notebook with stories to read to her friends. Many years (and notebooks) later, not much has changed. She still loves writing and sharing her works with others. When she isn’t writing, she can often be found trying her hand at whatever artistic pursuit strikes her fancy. J.A. Howell resides in Apopka, FL with her husband and their menagerie of animal children. 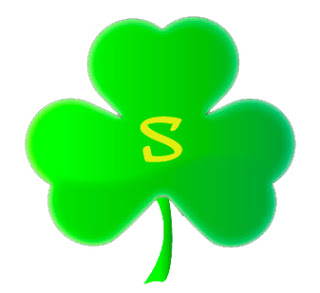 Make sure you don't miss out on the Mini-Episodes located on the Author's Website (http://midtown-underground.com/bonus-content)!! But, wait! The episodes are password protected! How do you unlock them. Simply by following the blog tour!! Each stop will have a shamrock on it, with letters in Blue, Yellow, and Red written on them. Keep track of the letters, and what color they are, and by the end of the tour, you'll have 3 passwords!! Below is the link to each episode and what color belongs with what episode! Good luck and thanks for stopping by!