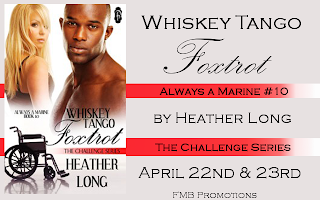 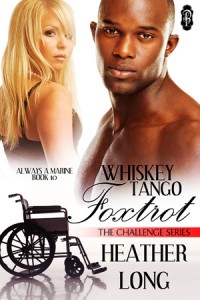 Have you ever woken up every day afraid of everything?

For single mom and widow Melody Carter, six months passed since an IED ripped her life apart. Everyone is sympathetic and offers platitudes of comfort and support. Everyone thinks they know why she’s grieving but Melody isn’t mourning her broken heart. She’s ashamed to be grateful her abusive husband won’t hurt her anymore and scared for her child. Born with a mild heart defect, her daughter needs lifesaving surgery and with her funds tight and her emotional scars tighter, she’s running out of options. When she receives an offer for assistance from Mike’s Place, can Melody put her faith in the men her husband called friend?

Have you ever woken up, day after day, to discover your body’s betrayal?

Marine Captain, Joe Anderson Cooper, received the Silver Star for Valor when he led his unit through heavy fire to rescue fellow Marines. Despite numerous injuries, the Captain refused medical aid, insisting that the medics attend others. A broken back and shattered bones put Captain Cooper in a wheelchair and every day is a battle to keep his recovery on track and his sanity intact. When a single mom moves in to the apartment next door to his and he recognizes a kindred—damaged—soul, can he overcome her fear and be the man she’s always needed?

Can these two lonely souls rise to the challenge or will their scars trap them forever?


Letting herself out of the apartment, she locked up and turned to find her neighbor locking his door. He caught sight of her and smiled. “Good morning.” His deep baritone hummed over her senses. She appreciated the low voiced greeting.

“Good morning.” She wanted to say something more, but her brain locked up around the words. He eased his wheelchair back until nearly off the sidewalk and motioned for her to precede him. Biting her lip, she found another smile for him. “Thank you.” Her heartbeat accelerated and sweat cooled her spine. She didn’t hug the wall, but she couldn’t help widening the distance between them.

The wheels made the faintest squeaking noise after she passed, and she glanced back to see him following her down the path toward the parking lot. Maybe she should have offered to push. He wore an olive green t-shirt and a matching pair of slacks, though they were cut up the side of the large cast encasing his right leg from mid-thigh to his toes.

He—Joe, he said his name was Joe—met her gaze and gave her another easy smile. His eyes crinkled at the corners and the dimple in his cheek deepened. The sidewalk widened and she slowed to let him catch up.

“I’m sorry. I’m not the best company this morning.”

“No worries, ma’am. Little ones take a lot out of a body.” The buttery softness of his voice washed over her like a soothing balm—like the night before when he knocked on her door and introduced himself. He scared the hell out of her, but not in the same breath.

I must be tired. I have no idea what I’m feeling from one moment to the next. As if summoned by her thought, fatigue wavered through her and she stumbled. The diaper bag swung down her arm. She couldn’t catch it and hold the baby at the same time. Joe stopped the bag’s arc, and gave her a chance to catch her balance.

“May I?” He offered, still holding the bag.

May he what…? He wanted to carry the bag for her and she winced. It was heavy and he…

“I have plenty of room and then you don’t have to worry about it taking you off balance again.” The sound logic quashed her natural objections. She shifted Libby carefully and let the strap fall off her arm. Her internal alarms sounded. Giving him the bag didn’t give him some kind of power over her, but her gut tightened at the surrender of her possession.

He settled the bag against his lap and nodded encouragingly. “Just point me to your car…”

“Oh, I don’t drive. Well, I do but I’m not driving here. I’m actually just staying here for a few weeks and I’m waiting for the shuttle.” She tacked the last on with a grimace. “And apparently I’m as muddleheaded for real as I feel. Sorry. Thank you. The shuttle is scheduled to pick us up here in about…” She couldn’t look at her watch.

“Two minutes.” The captain supplied. “I’m waiting for the same shuttle.” His warm brown gaze turned studious. “Are you okay?”

I really liked this story. It was a fast read, but it was very sweet. Joe seems like he is already a kind man, but proves this when he goes above and beyond the call of duty to help out his neighbor. Melody has been left on her own with a very sick baby, after suffering at the hands of a disturbed man. She doesn't know how to trust anyone. Joe is determined to to change this and fix her. Or, should I say, help her to fix herself? At the same time, she is able to help him recuperate from his injuries sustained in the line of duty. They are an unlikely pair that works much better than you would imagine!

Even the cover of this book captures Joe's sensitivity. The Melody that you see is the woman that he sees within her, even if she can't recognize that woman herself.

The story gently flowed at the right pace for most of it. I felt like the ending was somewhat rushed and almost a little jarring after the slow and steady pace throughout most of it. Then again, an epilogue six months into the future can show how much people have changed over time.

Nevertheless, it was a nice read for a quiet evening. It also brings up important points about abuse and includes helpful information for anyone who is the victim of abuse.


Also be sure to check out the rest of the Always a Marine series!

Once Her Man, Always Her Man
Retreat Hell! She Just Got Here
Tell It To The Marine
Proud To Serve Her
Her Marine
No Regrets, No Surrender
Merry Christmas Marine,
Semper Fi & Good Night
The Marine Cowboy
The Two and The Proud
A Marine and A Gentleman
Whiskey Tango Foxtrot
Combat Barbie 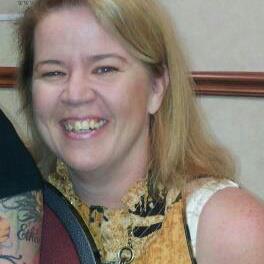 Heather Long lives in Texas with her family and their menagerie of animals. As a child, Heather skipped picture books and enjoyed the Harlequin romance novels by Penny Jordan and Nora Roberts that her grandmother read to her. Heather believes that laughter is as important to life as breathing and that the Easter Bunny, the Tooth Fairy and Santa Claus are very real. In the meanwhile, she is hard at work on her next novel.

Decadent Publishing is current accepting submissions in all sub-genres of romance, including their ongoing series.

GIVEAWAY INFO: It is tour wide for 2 Ebook copies of a backlist Always a Marine series by Heather Long (winners' choice). Ends 04/30/2013.