How getting away helps J.P. Herman, author of 'Dreams Worth Dying For'

How "getting away" helps writing

Going from a metropolitan area to a remote, rural setting dramatically affects how I see things. When I'm in the city, I spend a good share of my free time observing people. They are everywhere, and they come in a wide range of colors, sizes and attitudes. When I'm at my summer home, introspection usually fills that space in my head. I have to rely on my imagination more in "the sticks," and that's just fine with me. I also enjoy the company of Mother Nature more when She's my only companion within miles. 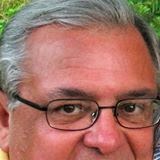 Wealthy Madison Avenue advertising executive Andy Pettigrew's recurring dreams of inner peace and contentment center on his desperate need to love and be loved. Middle-aged and divorced, Andy laments the fact that his heart is as empty as his bank accounts are full. Dying to change things, he sets out to balance the books, eagerly boarding his vintage red and white Corvette convertible for the ride of a lifetime. What follows is an account of Andy's adventurous transformation from reality to make-believe and back again. Co-stars include a beautiful woman named Dr. Susan Jacoby, some well-known Key West spirits, a smattering of Great Lakes ghosts and an angel or two.