'Dreams Worth Dying For' by J.P. Herman 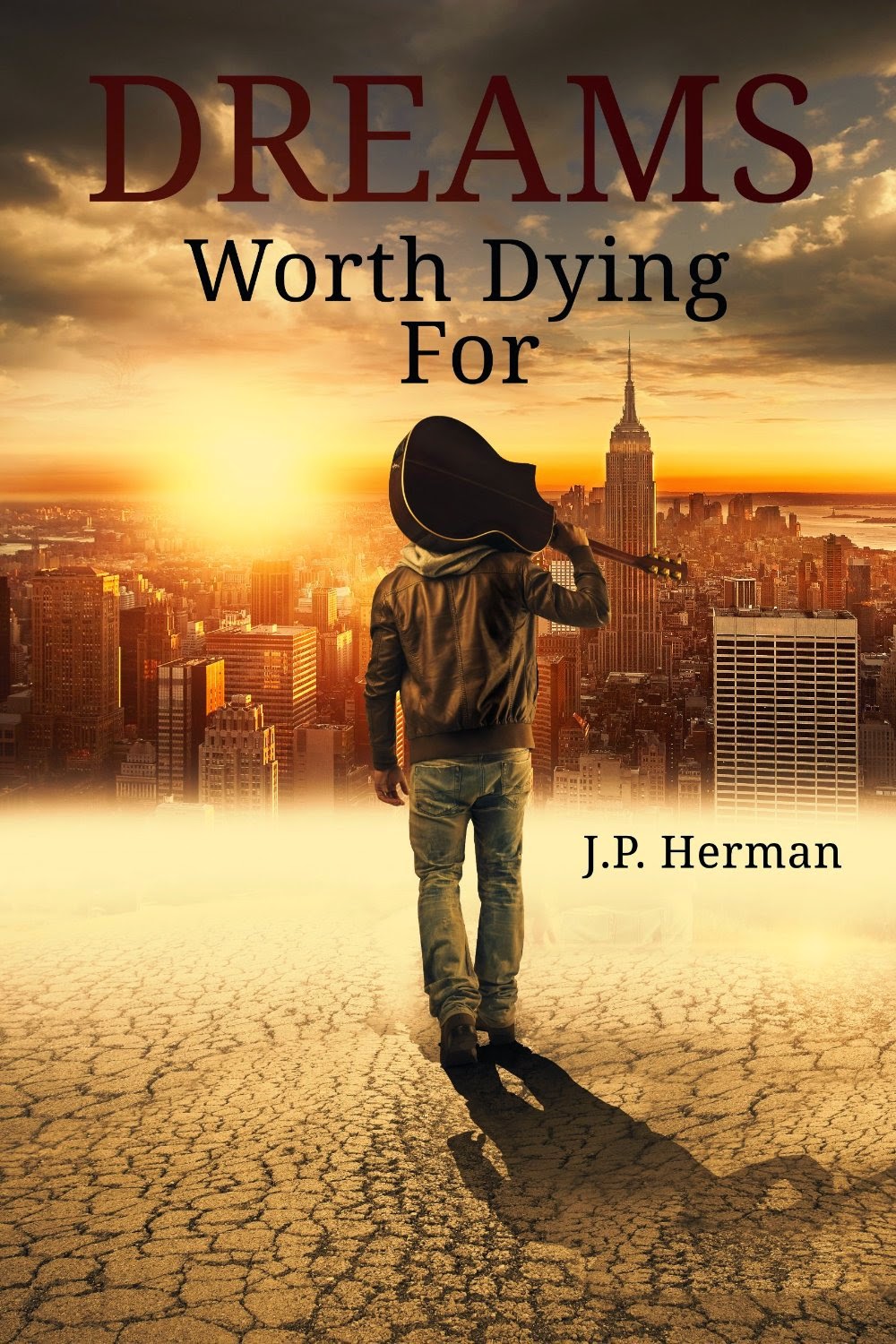 Wealthy Madison Avenue advertising executive Andy Pettigrew's recurring dreams of inner peace and contentment center on his desperate need to love and be loved. Middle-aged and divorced, Andy laments the fact that his heart is as empty as his bank accounts are full. Dying to change things, he sets out to balance the books, eagerly boarding his vintage red and white Corvette convertible for the ride of a lifetime. What follows is an account of Andy's adventurous transformation from reality to make-believe and back again. Co-stars include a beautiful woman named Dr. Susan Jacoby, some well-known Key West spirits, a smattering of Great Lakes ghosts and an angel or two.

A philosopher and a Native American shaman stand sipping unspiked punch in the lobby of St. Peter's Cathedral after a long, emotional memorial service. They watch silently as family, friends and business associates shuffle aimlessly about, shaking hands, hugging and repeating condolences that became more effusive each time they are told.

The philosopher is amused by all the talk of the "better place" the deceased will now enjoy. As much as she'd like to share the mourners' optimism, she cannot imagine a plausible explanation for life after death. There's simply no scientific evidence supporting that possibility.

"This person had a good life, leave it at that," she says. "The suffering is over."

The shaman frowns, shaking his head in disagreement.

"No, let's not leave it at that," he says. "This person's old life might be gone, or so it might seem to those left behind. But who's to say he hasn't moved on to a new universe in an unknown space, like skipping from one wavelength to another?"

"Sounds good, but where's the evidence?" the philosopher demands to know.

"Mother Earth's gift of life is eternal," the shaman calmly assures the philosopher. "Our spirits live on forever in ways most of us can only imagine."

"And again, how do you know that is so?" the philosopher asks.

"Well," the shaman replies indignantly. "How do you know it is not?"