Whenever there’s a tornado, or a flood, or a civil war, our hearts go out to people who lose their homes. One reason the recent real-estate bubble and crash was horrifying was that the sleazier mortgage salesmen had found so many hopeful people eager to believe that the unaffordable loans offered to them would get them a piece of the American dream.

In mysteries, where detectives and suspects live is often important in defining characters. My detective Maggie Ryan begins in an undergraduate student dorm rooming with Ellen Winfield, later finds a house to share with other graduate women, and after graduation moves to Nick O’Connor’s small New York City apartment.

An important transition takes place in the fourth Maggie Ryan book, MURDER UNRENOVATED, set in 1972. People were just as desperate to find good, affordable homes as they are now. But it was very difficult to qualify for a mortgage loan. Banks refused them on many grounds. Maggie, now with a good job as a statistician, and her actor husband Nick hope to buy a Brooklyn brownstone–– even though it’s a crime scene. Here they’re at their lawyer’s apartment discussing their legal offer to purchase it:

“I can’t say I understand your taste in brownstones. I’d think you could have found one without a corpse.” The lawyer, a pleasant hazel-eyed young woman named Ellen Winfield-Greer, was wearing jeans too, because the play they were going to attend that night was a long way off Broadway. “Do you think this Mister Whosis–– Lund–– will really take back the mortgage for you? Of course you can get out of the contract if he doesn’t.”

Maggie, grounded too long, rolled away from Nick into a handstand and walked a few steps on her hands as she answered. “We don’t know for sure if he’ll loan it to us. But our realtor thought he’d agree because Nick’s giving him such a big down payment.”

“True. It’s a big percentage. You two aren’t as penniless as I thought.”

Nick said, “I saved it all up from my dishwashing jobs. That’s the secret to financial success for an actor, Ellen. Don’t act.”

“I’ll tell Jim.” Ellen too was married to a frequently unemployed actor. “It’s true, I’ve never heard of an actor getting a mortgage from a bank.”

“No. Not till he was worth more than the bank.”

“Exactly. And our upside-down friend here may have letters after her name and fat paychecks, but she’s a woman of childbearing age and therefore, say the banks, liable to quit her posh job at any moment.”

As the lawyer points out, the inequality women faced in qualifying for loans was closely connected to their inability to control their reproductive life. In 1972, the situation was beginning to change, but laws didn’t yet reflect it. The Pill had been approved in 1960–– but only for married women, and bankers assumed a married woman would give up her job for motherhood anyway, so her income was not considered. Unmarried women had less reliable birth-control methods, and if they failed the options were few, as another young couple in MURDER UNRENOVATED discovers. In 1972, Roe v. Wade had not yet been decided, although abortion had just been legalized in New York State. In most other places abortions were illegal, and available only in unregulated, often unsanitary, places from abortionists who ranged from wire-hook amateurs to qualified sympathetic doctors who had to keep this part of their practice secret. And whatever the laws say, deciding whether or not to terminate an unwanted pregnancy remains an agonizing choice.

Nick and Maggie soon learn that housing is a problem for older people too. Besides being a crime scene, the brownstone they hope to buy has a second problem: Julia, the rent-controlled tenant in the basement apartment, doesn’t want to leave. In this scene Maggie has just told her they might buy the house:

“You might buy it?” Julia found herself standing very stiffly, gripping the handle of her cup on the mantel, staring at this frightening young woman.

“Even with that thing up there?”

“Are you moving out because of it?”

“Well, then, why should it discourage us?”

“What’s here to attract you?”

Maggie stood and moved thoughtfully to the other end of the mantel. She stroked a finger along an ancient gash in the carved corner. “A good friend told me an Indian saying: You can’t erase time. Seems true to me.” She glanced around the wainscoted room. “I like the way this house sits here affirming the past and looking forward to the future. It’s seen it all and it wants more. A hearty house.”

Julia was silent, shaken to hear her own affinity for this house of lusty age articulated. Maggie smiled at her tentatively and added, “Mrs. Northrup, if we buy it we won’t need this floor. You’ll stay on, I hope.”

That’s what those other landlords had told Pauline, and within months, changed their minds.

So even though the legal situation was very different in 1972, I found in writing MURDER UNRENOVATED that housing conflicts roused passions just as much as they do today. Threats to our homes are always frightening, whether caused by landlords, tornados, or foreclosures after a housing bubble. 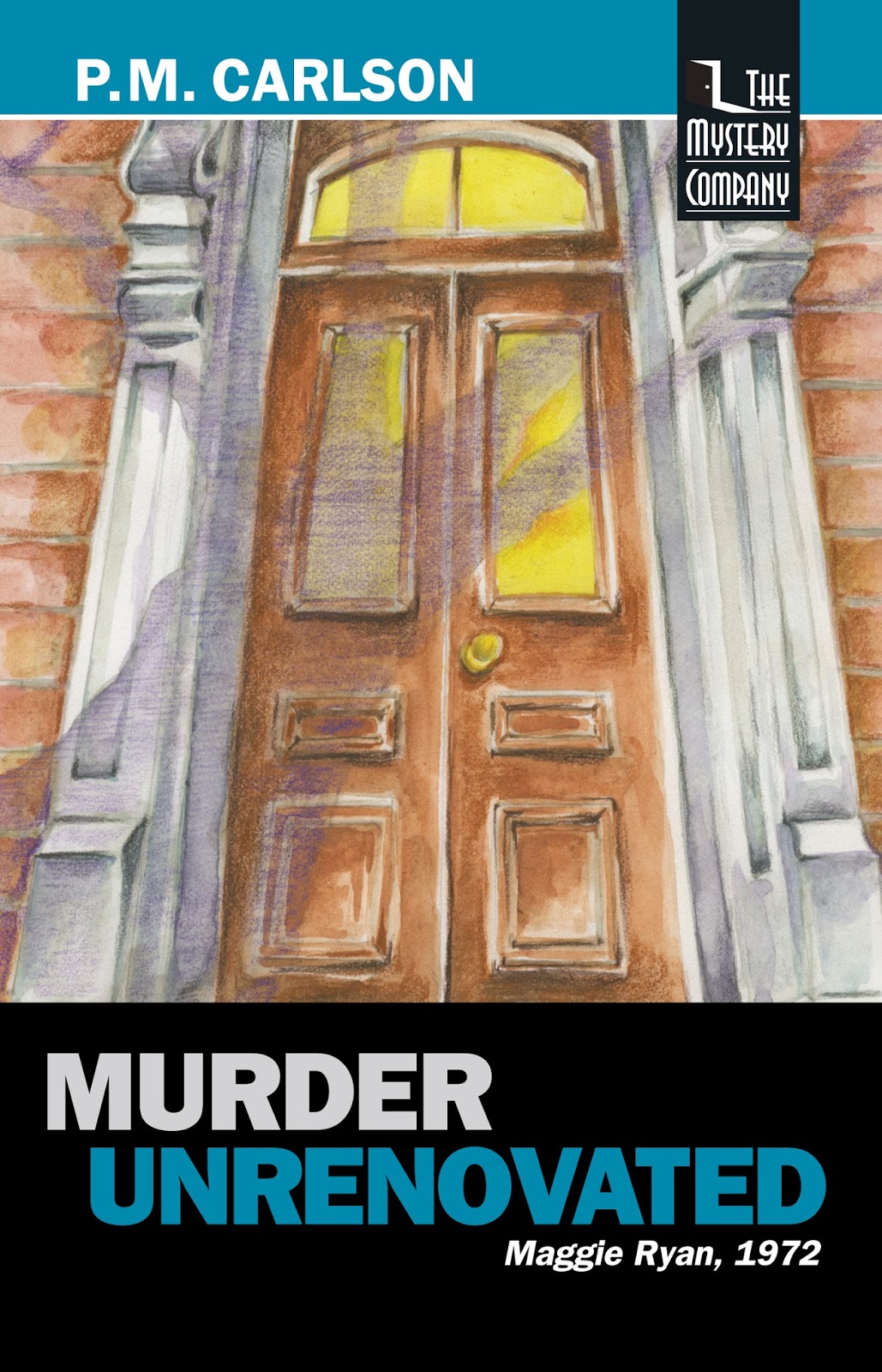 Brooklyn, 1972. Realtor Len Trager shows an old brownstone to actor Nick O’connor and statistician Maggie Ryan: Nick and Maggie stood on the sidewalk looking up at Lund’s building. It was narrow, chocolate-colored, three tall stories above a raised basement. A third-story oriel window and a band of vestigial crenellation completed the rugged trim. Nick said, “A forted residence ‘gainst the tooth of time.”

He said, “Well, shall we go in? Start at the bottom.” If he hit them with Mrs. Northrup first, they’d have time to see another place. He led the way through the iron gate under the tall front stoop and down a hall ringing with a radio preacher’s voice.

“Blast.” The door opened a few inches and a pair of shrewd eyes glittered at them. Len wished that she would simply refuse to let them in. That might give Lund grounds for eviction. But she snapped, “Well, come in!”

Unkempt gray hair, wrinkled face, alcohol smell. Her long cardigan was unraveling at the sleeves and her pink terry-cloth slippers were stained and burst at the seams.

Len led the way into the dark and smelly apartment. The radio preacher was requesting money now. “Thanks! Mrs. Northrup, meet Nick O’Connor and Maggie Ryan.”

Nick said, “Glad to meet you.”

Available on Amazon  and from Crum Creek Press 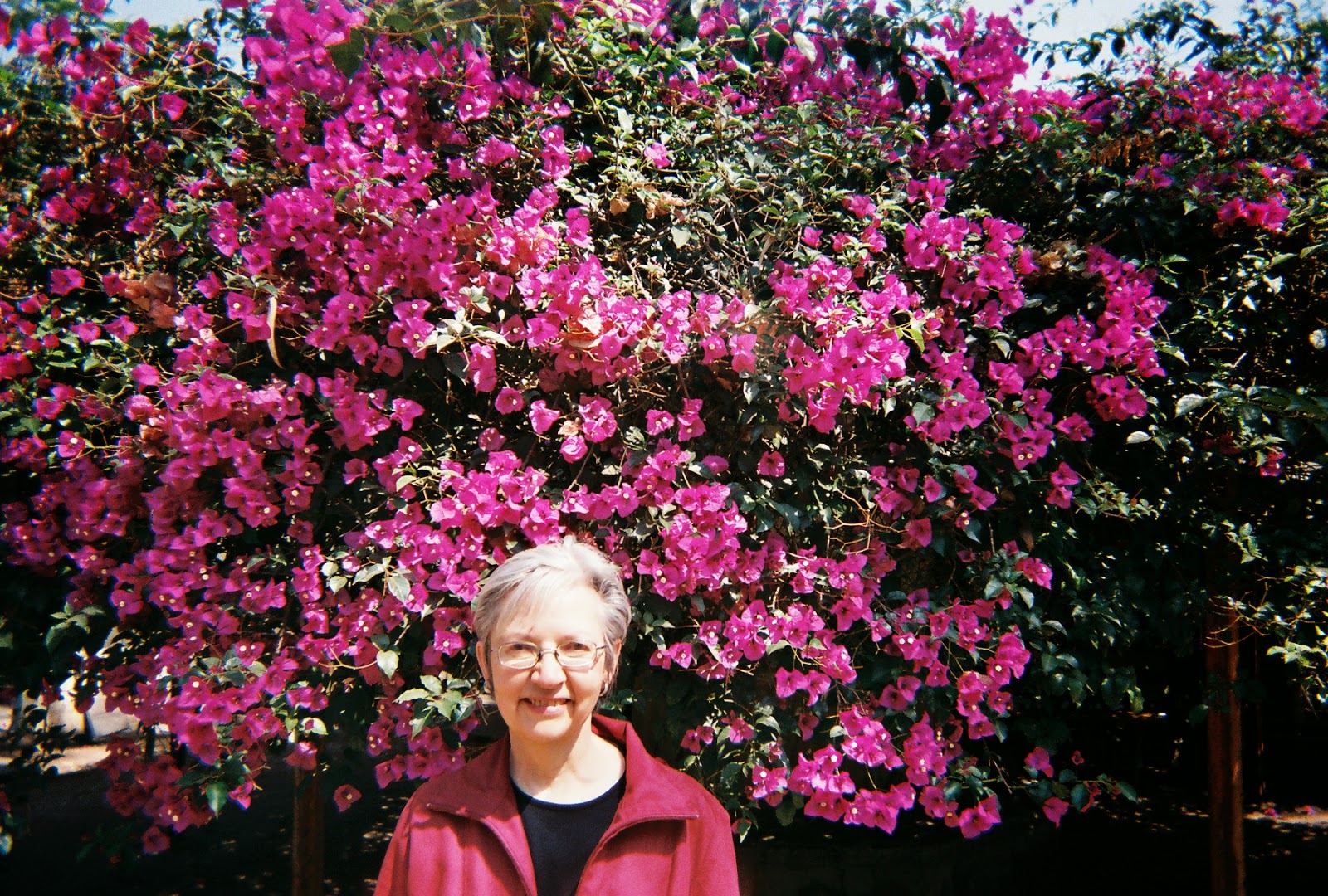 One randomly chosen commenter will win a $50 Amazon/BN gift card. Follow the tour for more chances to win!