Deja vu - Freaky Phenomena or Have You Really Been Here Before? Thoughts by Terri Herman-Ponce, author of 'In This LIfe' 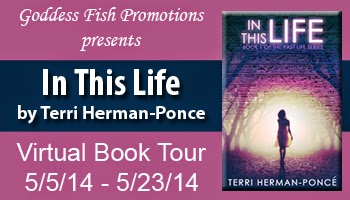 Déjà vu – Freaky Phenomena or Have You Really Been Here Before?


I’m going to take you on a trip that might make you question reality. You up for it? Come on. Be brave. I’ll wait until you’re ready...settle back and relax...draw in a deep breath. Good. Now sit back and let go of all your preconceptions about who you are and why you’re here, and let’s have some fun.

What would you think if I told you that 60% of the world’s population believes in some form of reincarnation? Okay. Maybe you’re not so surprised. Maybe the percentage is meaningless to you. But what about small children who’ve been documented as recalling, without prompting, memories of previous lives? These are children who describe, in detail, things that happened to them before. In some cases way, way before. Things that they couldn’t possibly know in this life but that have been proven to have actually happened.

I sense some eye rolling out there, but hold on. Stick with me on this.

Some of these children talk about places and family members that aren’t current. Sometimes about emotions and attitudes and occurrences that are very specific to a single individual who hasn’t lived for decades, sometimes over a hundred years or more. Take, for example, a child who shared personal experiences from the Civil War. Or who spoke another language that was not spoken by anyone in the home or the family. Or who had a bunch of birthmarks on his chest and remembered being killed by a shotgun blast in the same area a very long time ago. All coming from children, people. Small children.

Fact? Fiction? I don’t know. But I’ll admit that despite my part-time skepticism, the concept of reincarnation and past lives fascinates me. And we’ve all, in a way, experienced hints of it. You’re at a party and you meet a guy (or girl) and you feel like you’ve known that person forever. You click. Something’s there, and it’s indefinable, but you know without a doubt that you’ve shared something with this person before. Only, you’ve never met that guy or girl until that party. Or how about this? You’re sitting outside watching the stars, talking with your best friend while resting on cool, nighttime grass. Then your friend says something, and you respond, and you’re looking at those stars, and something shifts, and suddenly you’re thinking: I’ve done this before. I’ve been in this situation, with this person, talking about this very thing while we watched the heavens.

You gotta admit that the concept of déjà vu, or even hints or memories that we might have lived before, is intriguing. And it’s a concept I use as the backdrop for my recent re-release, In This Life. What if we have been here before? Better yet, what if we were given a second chance to right a wrong or fix a mistake in our latest go-around? And, what if that second chance doesn’t always make things better?

I’d love to know what you think. Do you believe in past lives? Or do you think that feeling of déjà vu is just that: a feeling and nothing more?

Thanks for having me here. I thoroughly enjoyed sharing my thoughts and the re-release of In This Life (Book 1 of the Past Life Series) with you. I’m happy we were able to share the time. 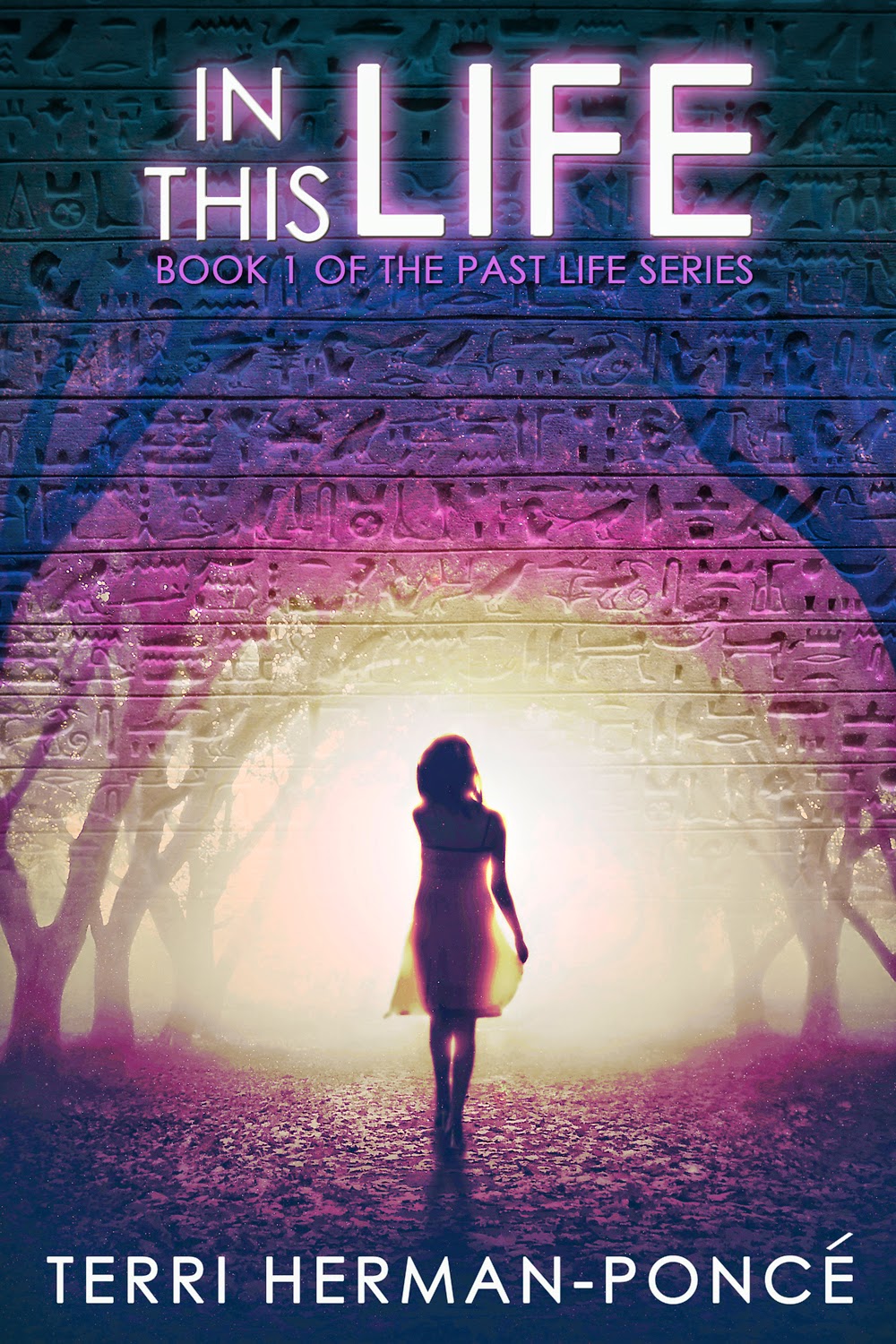 In This Life, Book 1 in the Past Life Series
by Terri Herman-Ponce

Psychologist Lottie Morgan knows something is wrong when she relives memories of a lover she's never had. At first she attributes them to fever-induced dreams. But when the fever disappears and the visions don’t, Lottie realizes something else is going on.

Then she meets Galen. Their first encounter is as intense as it is eye-opening, and his revelation that they shared a passionate relationship thousands of years ago in ancient Egypt entices Lottie into wanting to learn more about her past. Her decision, however, comes at a price. Galen may hold the answers but he could destroy the devoted, lifelong relationship Lottie has with her current lover, David.

It also could mean her death—again.

Someone is protecting millennia-old secrets, determined to keep them buried while exacting a revenge on Lottie for a mistake made a very long time ago. A mistake she could be destined to repeat.

The restlessness I’d been feeling surged through me again, stronger this time, and I didn’t like the way it felt. Something seemed off, and I wasn’t sure if it was with David or with me. Remnants of last night’s sleep started trickling in, and then a connection clicked into place.

“I had a dream last night and I started remembering it in the bathroom.” I closed my eyes, trying to remember more. “I was in a room with a servant who was waiting on me. She was preparing me to meet someone. A boyfriend.” No, that wasn’t quite right. “A lover.”

I felt a tingling uneasiness as I said the word.

I opened my eyes, saw David’s grin and recognized the bait for what it was.

I grinned back. “The lover wasn’t you.”

His grin widened and then faded away. “That still doesn’t explain your behavior in the bathroom. You looked like a statue.”

“I’m tired, David,” I said, sliding down under the covers. “ The human mind is capable of doing unusual things when a person is under stress, like when they’re sick, and the gods only know I’ve been feeling a lot of that these past few days. Forget about it. It’s not a worry.”

David paused. “Is that your professional assessment?”

It looked like David wanted to say more but he got up and walked to the windows that overlooked the backyard instead. I wasn’t sure what was going through his mind but I knew him well enough to know not to pry. It always backfired whenever I did. So I let him have his moment, toyed with the toast, and then passed on it in favor of some tea. My cell phone rang as soon as I put the mug on the nightstand, and I answered it on the second ring.

“Tough night’s sleep, Lottie?” The voice on the other end was male and one I didn’t recognize. “You shouldn’t tell your boyfriend about your other lovers. Especially those you dream about.”

“I’m disappointed you don’t recognize me.” He laughed, the sound crawling over my skin like a snake over sand. “I’m the man you dreamed about last night.” 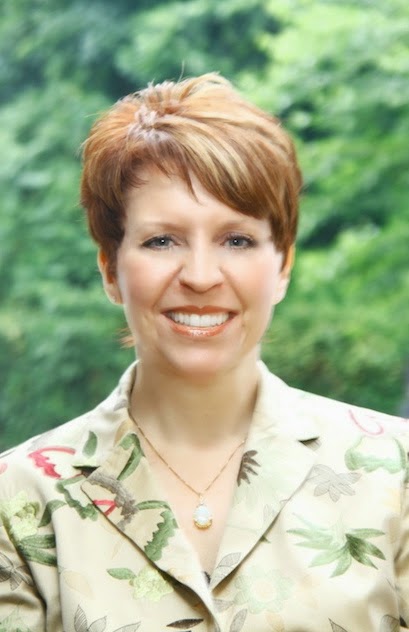 Terri looks for any opportunity to make stuff up. She thinks anything that can’t so easily be explained is worth an extra look and often makes a great story. She loves red wine, scotch, sunrises, Ancient Egypt, the beach—and a host of other stuff that would take too much real estate to talk about. The youngest of five children, Terri lives with her husband and son on Long Island. And, in her next life, if she hasn’t moved on to somewhere else, she wants to be an astronomer. Terri’s fascinated with the night skies almost as much as she’s fascinated with ancient Egypt.

Terri is a member of member of Sisters in Crime and Mystery Writers of America, and you can read about her at http://terriponce.com/.

If you love social media, you can also find Terri on Facebook at https://www.facebook.com/Terri.Ponce.Author and on Twitter at https://twitter.com/TerriPonce. Come visit. She’d love to hear from you!