R. Murphy, author of 'Bob at the Lake' shares how to live with a ghost 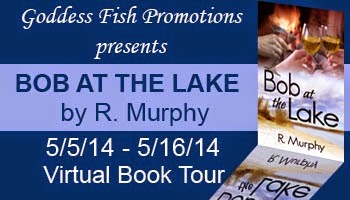 How Do You Live with a Ghost?

After looking out the window at my quiet lake and mulling over your question for a few minutes I decided to ask Bob, the ghost who lives with me, his thoughts on the topic. He’d drifted in early, which was unusual since we tend to chat at dinnertime. Frankly, I don’t know why I even bothered to consult him. Bob’s rarely much help when it comes to practical matters and he’s even less useful early in the morning.

“So Andi wants to know, Bob, how I live with a ghost,” I tossed out, my fingers hovering over the keyboard as I awaited his pearls of wisdom.

“How should I know how you live with a ghost?” Bob muttered, obviously in a bad mood. I suspected a little too much partying in his mysterious netherworld last night. “I’m on the other side of the equation here.” He sat back in his chair at the kitchen table and rubbed his face with both hands, shielding his eyes from the bright sunshine flooding the room. The light illuminated wrinkles in his usually immaculate silk smoking jacket. Maybe he’d slept in it?

“Look at the question from my point of view,” Bob continued. “My assignment is to help a crabby, middle-aged…” he noticed the mutinous look on my face as I typed and back-pedaled swiftly. “I mean, my assignment is to help a put-upon woman-of-a-certain-age get a few things done. Since I’m the ghost in this scenario, I’m not sure I’m the right person to ask. I don’t really worry about how you live with me.”

I sighed and took my fingers off the keyboard. Another one of our baffling conversations, circling endlessly around the drain before flushing. Bob and I had been at this for weeks--talking for hours at night to help me ‘fix’ a few issues with both my daily and my non-existent love lives. (A ghostly two-fer...lucky me…) Frankly, most days, the only issue I felt like fixing was the one in which I could show Bob the door. Not that he’s a bad ghost, exactly. As he diplomatically pointed out when we first met, he’s not one of those young, thuggish spirits who throw furniture around and terrify people. Instead, Bob’s ghostly toolbox consists of martinis, babbling, obscure references and large doses of nagging. (For instance, his idea of great dinner conversation includes lecturing me on the menace of buttered toast. Or on the sex lives of newts. I mean, really...newts?) For a woman trying to survive the financial ravages of the Great Recession, I find that this ‘haunting’ situation sucks up a lot of time that I could spend better elsewhere.

“Let me rephrase the question, Bob.” I tried again. “How could I, the hauntee, make this a better experience for you, the hauntor?”

“Well, now that’s a much better angle,” Bob responded, sitting up straight and brightening. “You need more martinis around this place, for one thing. And you’ve got to do something about that awful music you’re always playing, like that Goo-Goo Lady. Why can’t we listen to something snappy by Irving Berlin or George Gershwin? They write some zippy tunes!”

“Irving Berlin? That’s the soundtrack that would make this haunting experience more enjoyable for you? And more liquor? Don’t you carry enough rye around in that flask in your pocket?” I shook my head in dismay. No way am I going to incorporate Bob’s suggestions for improvement.

The conversation--as most of our conversations do--degenerated from there. When it comes to life with Bob, sometimes I feel like I’ve woken up in the middle of an Abbott and Costello routine (‘who’s on first?’) or a Marx Brothers skit. So thanks so much, Andi, for sending us a topic that provides a little more fodder for another lakeside squabble...oops, I mean, discussion. Sigh.

p.s.--Bob sends his regards and asks if anyone out there recalls the real first names of the Marx Brothers. He’s having a spectral moment and can’t remember them, and it’s making him (and, consequently, me) crazier than usual. If you would just comment below or post the answer on my FB wall at ‘Roz Murphy Author’ I will pass along your message and put the poor ghost out of his misery... 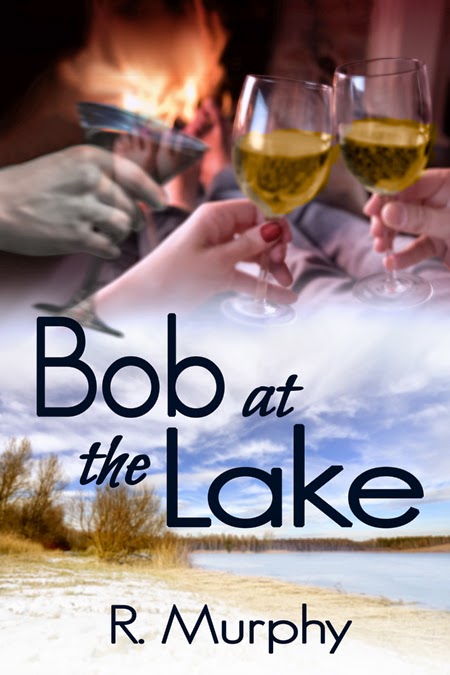 Bob at the Lake
By R. Murphy

Take a crabby woman of a certain age, move her to the wintry shores of a New York lake, and then throw in a martini-loving ghost from 1920s Manhattan. Last, stir in the good-looking grape grower who lives up the hill. Now there’s a recipe for a potent screwball cocktail!

Bob, [my new ghost], looked around at my quiet, carton-filled house. “But don’t you think you’ll ever get lonely way out here? You might miss having a man around.”

“Well,” I responded, “I’m human, so of course I’d like to have a guy around on a regular basis. But by the time you get to be my age most of the good guys are taken. My grandmother used to say, ‘It takes a very good man to be better than none.’ She was right. If I can’t find a good guy, I’m not going to waste my time and energy on a fixer-upper. You know what they say about teaching a pig to sing.”

“You know, ‘You can’t teach a pig to sing. It wastes your time, and it annoys the pig.’ I feel the same way about spending my time with an inappropriate man. I’m sure they’re all fine, they just don’t have what’s right for me. I’m tired of pretending that underneath all the nuttiness, I’m not smart and competent. I just don’t feel like putting on the ‘Love me, oh, please, love me’ song and dance routine anymore.”

“Good one about the pig. I should jot that down.”

Thus began months of the strangest dinner conversations I could ever imagine. Topics ranged from the sex life of newts to the menace of buttered toast. We spent several days talking about Bob’s bone dust theory (he believed the kind of person you were was determined by the amount of bone dust in your body). I started buying my semi-dry riesling by the case and developed a taste for very dry martinis. Half of our dinners wound up with me yelling, throwing my hands in the air, and storming out of the kitchen. The other half ended with us laughing so hard tears streamed out of my eyes. What a blast. 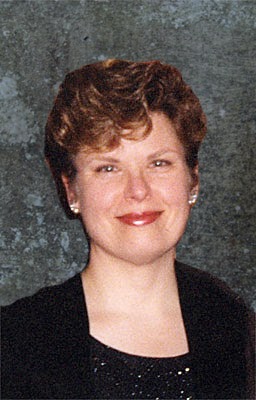 Roz Murphy is the pseudonym of a shy, retiring writer who doesn’t want her neighbors to know how nutty she really is. Brooklyn-born and Jersey-bred, Roz now lives on the misty shore of one of New York’s beautiful Finger Lakes. Prior to that, her business writing career took her to many locations, including Manhattan, where she worked for a number of years. As a freelance and corporate writer, Roz won several national and international writing and communications awards.

Now Roz is pursuing her first love—fiction. She’s writing the ‘Bob’ books, the humorous chronicle of a crabby ‘woman of a certain age’ who moves to the wintry shores of a New York lake—and gets a ghost. And not just any ghost, mind you. Bob’s a plump, middle-aged ghost from 1920s Manhattan who swans around in a silk smoking jacket and drinks far too many martinis. Stir the good-looking grape grower who lives up the hill into this mix and you get a pretty potent screwball cocktail!

When she’s not reading, writing, hill-walking, staring mindlessly out the window at the lake or piling rocks onto her ever-diminishing lakefront, you can usually find Roz hanging out with her family, travelling, or exploring the amazing wines and wineries of the Finger Lakes.

‘Bob at the Lake’ is exclusively available as a Kindle download from Amazon. Please join Roz Murphy Author on FaceBook for updates on the many adventures of Roz, David—and Bob.