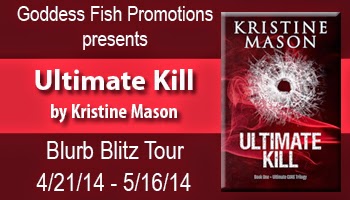 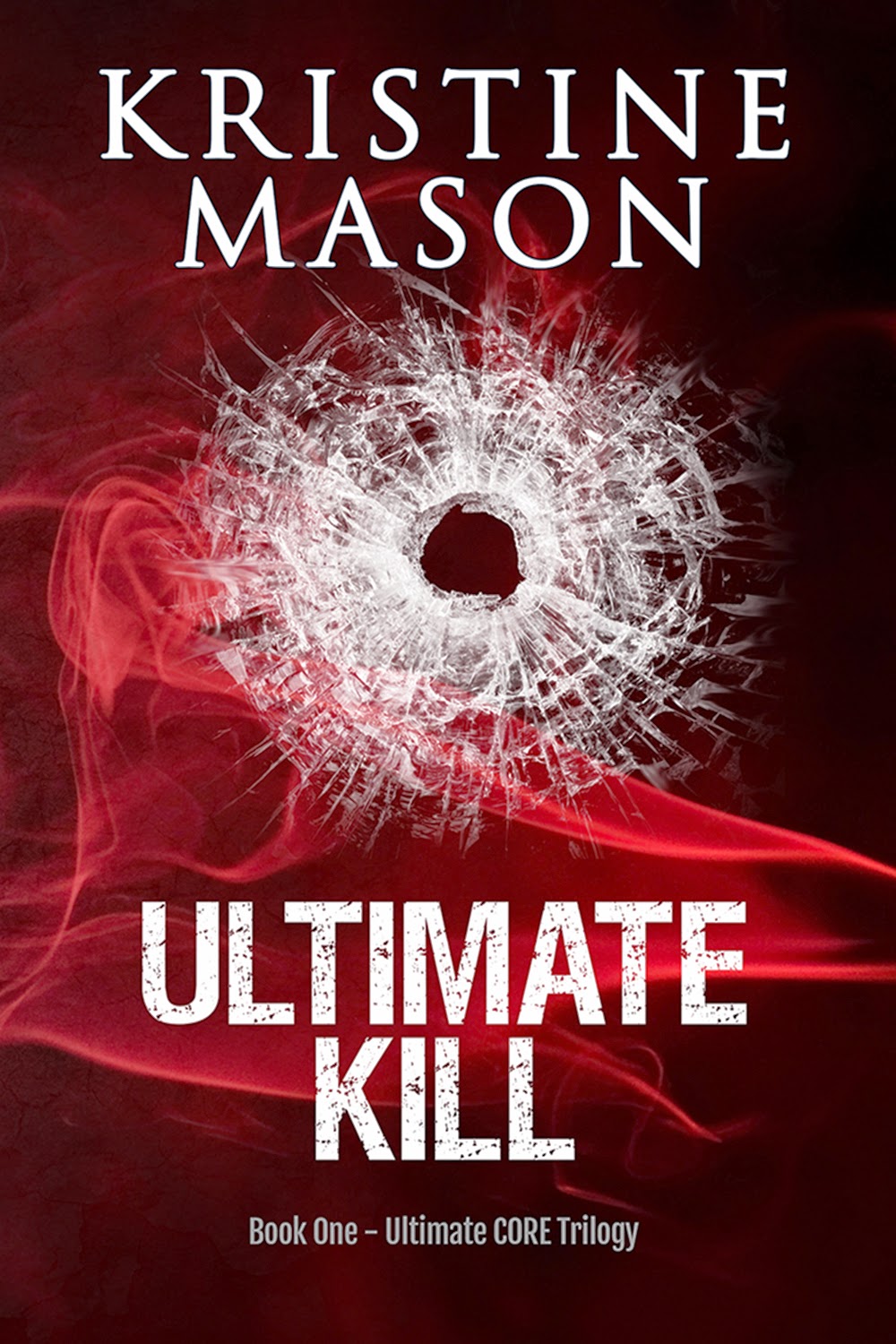 When the past collides with the present, the only way to ensure the future lies in the ultimate kill…

Naomi McCall is a woman of many secrets. Her family has been murdered and she’s been forced into hiding. No one knows her past or her real name, not even the man she loves.

Jake Tyler, former Marine and the newest recruit to the private criminal investigation agency, CORE, has been in love with a woman who never existed. When he learns about the lies Naomi has weaved, he’s ready to leave her—until an obsessed madman begins sending her explosive messages every hour on the hour.

Innocent people are dying. With their deaths, Naomi’s secrets are revealed and the truth is thrust into the open. All but one. Naomi’s not sure if Jake can handle a truth that will change their lives. But she is certain of one thing—the only way to stop the killer before he takes more lives is to make herself his next victim.

“I have a spare bedroom,” Naomi said.

Jake shifted his gaze to her lips. The urge to kiss her, strip her naked and bury himself in her heat made him hard, tense. He slid his hand from her lower back and gripped her hips. “I don’t think that’s a good idea.”

A small smile curved her mouth. He glanced away and met her gaze. Damn, he’d missed looking into her bright blue eyes.

Why not? Because he wanted them skin to skin, chest to breast. He wanted to pretend he didn’t know about her lies. That she was simply Naomi McCall, his lover, best friend and future. Not a mystery woman who hadn’t existed until eight years ago.

He’d come here with the intent to put the past to rest. Instead he’d discovered his love for her hadn’t died. He knew in his gut he couldn’t sleep in the same house without wanting to be with her. He didn’t trust himself where she was concerned. From the moment they’d met he’d wanted her. She’d allured him, drawn him in with her smile, those beautiful blue eyes and sexy curves. But what had attracted him the most was her personality. The night he’d met her, he’d just come off a short tour in Iraq. Within minutes of talking with her, the fighting, the fear, the anxiety that came with war and conflict had been replaced with a quiet peace. And as their relationship had developed, he’d craved not only her touch, but her soothing words and her nurturing yet pragmatic way.

He’d missed her so damned much. Although he could survive without her and had for the past five years, he didn’t know if he could handle being under the same roof as her. Despite the time they’d been apart, despite the lies, he still wanted her.

Holding her hips, he pressed her against his erection. “This is why I’m better off staying at the Lodge.”

Her eyes darkened and she slid her gaze to his mouth. “I think that’s exactly why you should stay here,” she said, meeting his eyes again.

Wrong. Maybe a weekend of hot sex wasn’t a big deal to her. She’d had no problem walking away from him before and he doubted she’d have a problem doing it again. For him, though…

Despite his body’s reaction to her, he hadn’t come here for sex and knew it would only complicate their already complicated relationship. How could he be with her again and walk away? How could he taste her, touch her, feel her heat wrapped around him and not want more? He’d spent years pushing her from his mind. He’d tried to find a woman who could replace Naomi and what they’d had together. On both ends he’d had no success. She’d never been far from his thoughts and no woman could compare to her.

With reluctance, he let go of her hips and took a step back. “Maybe you’re right,” he said even though he had no intention of staying. While he wouldn’t take her up on the offer to use the spare bedroom, he also wasn’t ready to leave yet. He wanted to continue hanging out at her house, have dinner, pretend they were still a couple.

God, he was pathetic. Naomi was a walking, talking lie. He should hate her, confront her about her past, shout out his resentments. But he couldn’t. Until he’d seen her in the school parking lot, he hadn’t realized how empty his life had been without her. He hadn’t realized how much he still loved her. 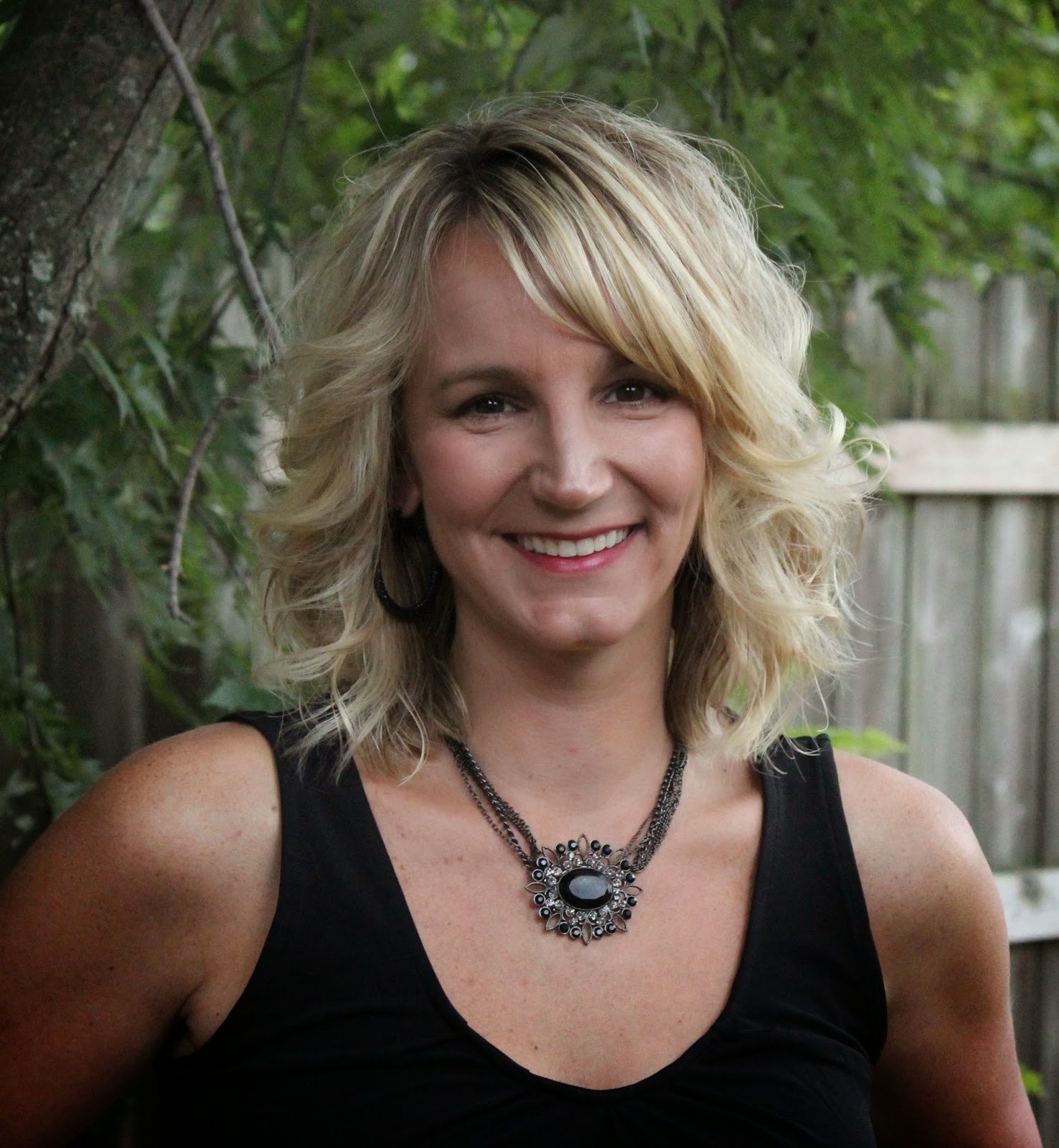 I didn’t pick up my first romance novel until I was in my late twenties. Immediately hooked, I read a bazillion books before deciding to write one of my own. After the birth of my first son I needed something to keep my mind from turning to mush, and Sesame Street wasn’t cutting it. While that first book will never see the light of day, something good came from writing it. I realized my passion and found a career I love.

I'VE BEEN RUNNING A "CONTEST" ON MY WEBSITE. JOIN MY NEWSLETTER AND HAVE THE OPPORTUNITY TO WIN A $50 AMAZON GC.

Kristine will be awarding a $5 Amazon gift card to five randomly drawn commenters during the tour. Follow the tour for more chances to win!
Posted by Andi at 3:30 AM
Labels: book promo, excerpt, giveaway, Goddess Fish, thriller