'The Artisan: An Artistic Assassin Thriller' by Dyal Bailey 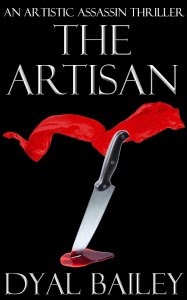 Warning: This thriller novel is filled with instances of dark and irreverent humor and purposefully pokes fun at things that are generally taken seriously.

Also, if you are someone who might be offended by an asexual, Machiavellian villain or a charming, metrosexual, serial-killer-like assassin, this is definitely not the best book for you.

On the other hand, if you crave intricately woven plots with humor, mystery, and suspense at their best, a kindle and paperback thriller book with 2014 panache, and over-the-top mystery, then you will love this newly released thriller by one of the most unique debut novelists of all time.

Here are the main players in our deliciously deadly game:

Antonio Peloso - He's as bushy and hair-sprinkled as he is eccentric. Will his brilliant mind and Werther algorithm trap the much sought after Rafaela at last?

Gunter - The camera loves him almost as much as he nurtures and adores his razor sharp knives. Resplendently dressed in carefully sewn sequins, he pirouettes on video over his awestruck victims, while paving the way for Antonio's diabolical plan.

Beautiful biochemical assassin, Rafaela, works for the CIA making untraceable hits, wherein she infects targets with viruses that cause "natural" deaths. Burnt out, she decides to take a few days off to help a fellow scientist do the more meaningful biochemistry she longs to someday embrace.

Little does she know, her colleague is unwittingly being used as bait. His request for her help is step one in luring her straight into a deadly web. And although she thinks she's impervious to being made vulnerable in any way, she arrives on her seemingly innocuous vacation and soon falls in love!
By the time she realizes this strike of Cupid's arrow is part two in the evil design of her sadistic nemesis—it's already too late.

Scanning her peripheral, Rafaela shook his hand with a firm grip.

"Of course you are," she answered flatly. She watched his short, jerky movements as he popped several peppermints into his mouth. With a wandering gaze, she followed him outside to a cluster of trees. "What seems to be the problem? The ambassador is dead, isn’t he?" She picked at a piece of lint on her sleeve.

"Yes, but the virus spread to our man, the chauffeur, and he hasn’t stopped vomiting." Clumsily, he crammed the roll of mints back into the pocket of his understated, navy blazer.

She ran her thumb across one of the fingers on her left hand and studied her manicure. “Are you actually concerned that he’s going to die?”

His voice wavered. “No, no. Of course not. You are very good at what you do.”

“Then what seems to be the problem?” She took aim and kicked a tree root with her heel. She would have liked to kick the man in the teeth.

“Mr. Bailey would like to know why your little experiments have to be so remarkably contagious.” He shifted his weight from his left foot to his right.

“He didn't mind them being contagious when they sterilized that family of terrorists.” She moved in his direction.

Sensing her aggression, he took a nervous step away. “Mr. Bailey is not ungrateful, Doctor.”

“I’m glad to hear it. Anything else?” She continued to stare at him with piercing eyes.

Dickinson fumbled to pull out another mint. “Yes.” 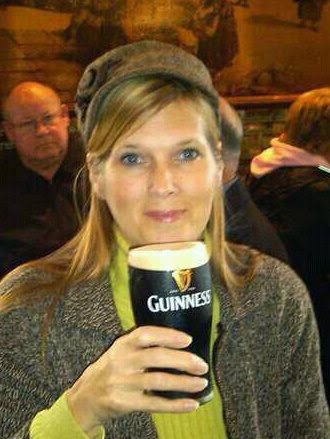 Three-year-old Dyal Bailey was sent home early from pre-school for reading aloud the picture book "How Babies Are Made" to her formerly uninformed classmates. This seemed to confirm her suspicion that books were powerful and reading them would give her access to that power.

As a teenager, she consumed two to three large bags of books every week, and although her mother supported her habit, Dyal was often in trouble for not answering her call to dinner. So consumed by what she was reading, the book had to be physically yanked from her hands before she would become alert and return to reality.

Having gobbled up books in every genre by the time she was a freshman at the University of Florida, she decided to sign up for a writing class. Sadly, her grandmother died and the funeral caused her to miss her first two classes. When she did appear, her professor had apparently experienced far too many dead grandmothers, and kicked her out of the class. But, as providence would have it, a sister in her (newly pledged) Chi Omega sorority saw Dyal crying in the hallway, and sent her to the university's Greek advisor for reassurance and class reassignment.

The advisor couldn't squeeze her into another writing class, but he did approve her transfer into "Opera Appreciation" with an older, yet enthusiastic professor. After the first notes of Bizet's Toreador Song came throbbing from his over-used speakers, she was hooked for life. Although she never did make it back into a college writing class, she continued to scribble her mental ramblings onto a plethora of notebooks.

It wasn't until the birth of the first son that she decided to take up writing seriously. Rather than sit in a classroom, she read forty-two books on creative writing and subscribed to Writer's Digest magazine. An encouraging article in that first issue suggested a good place to begin was by writing for trade and business magazines. This sounded wonderful.

She and her husband had for many years owned a successful restaurant, so she sat down and in a few hours wrote an article called "What Makes a Great Bartender". With little hope, but great alacrity, she sent it off to three different magazines.

And they all said yes!

Soon discerning the chaff from the grain in that industry, she discovered Craig Kellem, script consultant extraordinaire. Craig and his daughter Judy Kellem taught Dyal how to master the screenplay form. She wrote three award-winning scripts in a year and a half.

Then something kept bugging her about one of her thriller screenplays. There were problems in the plot, but she couldn't sort them out for herself. Thankfully, she'd become friends with producer and screenwriter Paul J. Salamoff in Hollywood and asked him to help her out. He did and the finished product was amazing.

Calling her one day, he said, "This needs to be a novel. It reads like a novel. There's just so much there. And your title isn't quite right."

So Paul came up with the new name "The Artisan" and six months later, the first book in Dyal's Artistic Assassin Series was completed and published.

Dyal and her husband Craig (with the five of their seven children who are still at home) live on Thurmond Lake near Augusta, Georgia. When she isn't handling the marketing for their two oyster bars, she enjoys traveling abroad, and reading anything and everything on her Kindle.