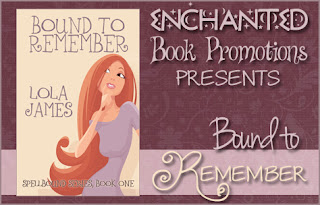 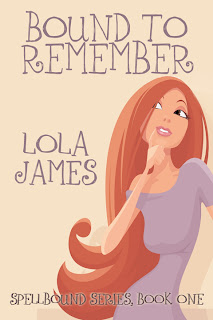 Vampires and Witches and Myths, oh my!

Toni is a young doctor with a past she can't remember and a deadly reason for forgetting it.

Ben is a nurse who has his own tragic past and transfers hospitals after an act of heroism forces his secluded life public.

Ben can’t believe his eyes when he meets Toni, she has an uncanny resemblance to an old friend of his, and Toni can’t help but find Ben irresistible.

A dangerous secret is revealed and a magic spell seems to be a quick remedy, but the witch that helps has a little more than magic up her sleeve…

His lips were cold but the kiss sent warmth throughout my whole body and had a flavor to it, something that was sweet, like honey but also metallic. Either I had not been kissed in a long time or he was the best kisser. We kissed for what seemed like minutes before his lips released mine.

I felt feverish as I pulled back and looked at him, suddenly remembering we had an audience of nurses. I straightened up as he released the embrace he had wrapped me in during the kiss. I saw Kevin’s frown and Dawn’s grin, when did she get there? I looked around the break room at the awe struck on lookers.

“I’m sorry; I just couldn’t resist it anymore,” Ben said with a suggestive smile. He never took his eyes off mine, and I knew that true. I couldn’t help that he happen to pick the perfect time to kiss me, in front of Kevin. I did something completely out of character: I put my hand around Ben’s neck and pulled him down into another kiss — my kiss. Kevin stormed out. Somehow, my 5’7” self- pulled Ben’s 6’ foot self-down into a kiss that was even better than the first it was more hungry than the first.

I have had this book on my TBR pile forever, it seems. I was initially attracted to the cover, because it reminds me of H.P. Mallory's books. The book blurb was also enticing. I am new-ish to the paranormal romance genre and this one looked good. I downloaded it for free on Amazon several months ago.

Once this book came across my email as a book tour, I felt compelled to sign up. At the very least, it allowed me to push this book to the top of my pile. I read it in about one hour, give or take.

In the beginning, I felt like I knew so much more than Toni. All of the little subtle clues as to Ben's past felt extremely obvious to me. Readers are not going to be mystified at all. As the story picks up, the pace also picks up. Characters begin to form and story starts to fit together. Secrets are quickly revealed as more questions begin to pop up. And then it quickly ends with a cliffhanger! Because this installment is free, it serves its purpose as an introduction to a series that has some great potential. I think I will need to download the second book in the series, just to find out what happens! 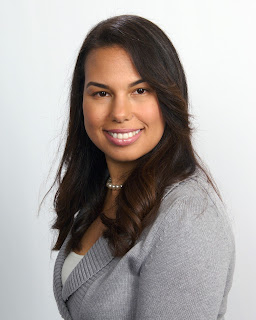 A long time lover of reading and writing with a passion for a great story, James became discouraged by the complicated and arbitrary publishing process, James had initially set down her laptop and her hopes of being a writer. However, with the purchase of her first e-reader, James became re-energized by the new possibilities for an undiscovered author to reach the masses. Dusting off her keyboard she finally finished Bound to Remember, the first book of the Spellbound Series and self-published it. Energized and ambitious, James is now hard at work on both the Spellbound Series as well as the Fate Series, a paranormal romance about dreams and what happens if they come true.

Living in Southern California with her two beautiful children, James finds time to write in between her full-time job as a mother as well as her other full-time job as an HR manager, as well as her academic schedule as she studies for her Master’s degree which she hopes to complete in 2013. With the success of Bound to Remember, James hopes to continue to reach an audience that will allow her to leave her HR job and focus on her writing as a full time career.
Posted by Andi at 12:00 AM
Labels: Enchanted Book Tours, paranormal romance, vampires, witches