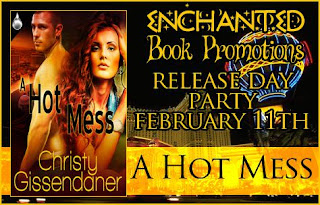 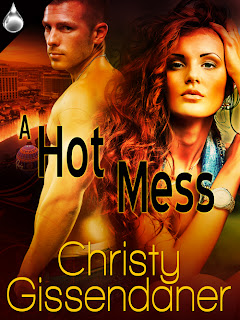 Caitlyn Myers elopes to Vegas on a spur of the moment decision, but once there she is abandoned by her heartless fiancé. With no money, and her luggage lost at the airport, she calls the one person she knows will help her.

Dylan Russell has known Caitlyn since she was a scruffy tomboy. He’s watched her mature into a ravishing woman and has kept his desire for her a secret … until now. Valentine’s Day in Vegas provides the dazzling backdrop for seduction as Dylan shows Caitlyn that not all loves are messy.

The Vegas Strip was ablaze with lights when Dylan arrived shortly after midnight.

It did not matter that it was a weeknight, the party never stopped in the Nevada town. The energy and excitement of Vegas mixed with his eagerness to see Cait.

A buoyant happiness filled him at the thought of Cait. The maddening, irresistible redhead had been the bane of his existence for as long as he could remember. She’d been his neighbor, childhood friend, and ultimately the object of many sex-laden fantasies throughout his adolescence. He’d grown out of his hormone-driven obsession for her in time, but Dylan knew he would always be half in love with her.

He knew it was a useless endeavor, since she’d just been dumped, but he had to come to her and hope that one day she would look at him as more than a friend.

Dylan drove his rental car up the valet entrance of Cait’s hotel and tossed the keys to a young man who emerged from the valet station. He retrieved a duffel bag stuffed full of camera equipment and clothing from the trunk and slung it over his shoulder. He headed through the sliding glass doors and looked for the elevators to the guest rooms.

Dylan strode though the elegant lobby, grateful he finally had a chance to stretch his legs. He’d driven nonstop from Los Angeles, and an economy car was all that had been available. The tiny two-door did not allow much leg room, and it had been a long, cramped drive, but the aches and discomfort were worth it.

Dylan headed for the elevators, but he had to walk right past the casino to reach them. He had not been to Vegas in several years, but the sounds were exactly as he remembered. Catchy melodies sounded from the slots. The rumble of voices echoed over the din. Every now and again, a woman would squeal as she hit a jackpot.

Dylan ignored it all in his impatience to reach Cait’s side. He could not believe that dick, Simon, had brought her all the way to Vegas and then ran off with another woman. It was a good thing Simon had taken his bags and left. Dylan was tempted to find him and beat some sense into him. What sort of man abandoned his fiancée the day he proposed to her?

If she were his…

Dylan cut off the thought before it even finished. That was the problem; Cait was not his. She would never be his.

Cait had made that more than evident in the twenty-nine years they’d known each other. She treated him like an old friend, maybe even like a brother. There had been one incident way back in college, when he’d suspected she may have thought about him in a sexual way, but then she had started dating a football linebacker, and that had been the end of it.

The elevator that arrived after he pressed the UP button was empty. Dylan stepped inside and pressed the number for Cait’s floor. He recognized the tinny melody of a popular eighties love song and chuckled to himself. It was one of Cait’s favorites, and a memory came to him of her participating in a talent show in junior high decked out with high, teased bangs and bangle bracelets.

Sadly, Cait couldn’t carry a tune in a bucket. But what she lacked in talent, she made up for in enthusiasm.

The elevator doors dinged open. The eighth floor appeared deserted as Dylan stepped out and headed for room eight nineteen. He reached it and paused to brace himself before he got ready to knock.

He did not know what to expect. Cait was a dramatic person, so she could either be wallowing in self-pity in her room with alcohol and a pint of Ben and Jerry’s or living it up downstairs in the nightclub. Who knew with her?

Dylan shifted the bag on his shoulder and lifted his hand to knock on the door. It was wrenched open as soon as his knuckles contacted the wood, and a bleary, raccoon-eyed Cait peered up at him.

He didn’t know how she did it, but Cait managed to narrow her eyes and roll them at the same time. “I hate men.” 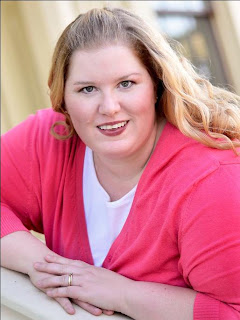 About the author:
Christy Gissendaner is a romantic comedy author and believes that laughter and love should go hand in hand. She lives in Alabama with her husband and three sons and is always hard at work on her next novel. In her spare time, Christy loves blackjack, karaoke, and anything resembling a vacation! Find out more about her at http://christygissendaner.webs.com.


a Rafflecopter giveaway
Posted by Andi at 1:21 PM