"What is so appealing about shifters?" by Tina Smith

Today, I would like to give a warm welcome to Tina Smith, author of the Wolf Sirens series. She is sharing with us her thoughts on the appeal of shifters.

When we are children we imagine we are Peter pan, Fairies and princesses. I wanted to be Atreyu from The NeverEnding Story - who wouldn’t have wanted a pet dragon that could talk and rather enjoyed getting a good scratch behind the ear?

Why is it that we love to imagine such things, what really appeals?

It is evidenced that man has imagined that he has the power to transform since the dawn of time. Many tribes depicted half man, half best creatures in art on the walls of cave paintings. In ancient Rome Romulus and Remus are told to have been suckled by a wolf. Gods were given creature like attributes from Medusa to Poseidon. There are Satyrs of the underworld, centaurs and angels. From the Egyptians, Aboriginal dreamtime stories to the Indians, Irish and the Eskimos. All civilizations around the world have depicted tales of men being cursed as animals or possessing the magic to turn their spirits into beasts.

There is something mesmerizing about imagining oneself as a powerful creature about giving up control to the instinct and habits of the being we become, to forget consciousness, remorse and compassion. To surrender to the lizard part of our brain so long ago deeply buried. Animals have a confidence we find admirable.

As adults we can take the fantasy further - What if the human with the ability transform begins to remember what they do, begins to realize the creature dwelling within and to regret the unconscious actions of the beast. What happens if the afflicted attempt to control it? In struggling to maintain two lives, every day a torturous battle rages on within. – A metaphor for life? What if they have the ability to pass on their affliction with a bite? What if the moon conspires against them? What if hunters came for them? What if they had done things they regret? And what if they fall in love with a human...

-As for my dream shifter? What if he is insanely handsome, haunted and gentle with the ability to rip you apart in a heartbeat and literally devour your flesh, yet the human side of him longs to caress it. What if he picks you out of the sea of a thousand seemingly similar and even better looking girls, what if he desires and adores you only, rejecting their blatant advances. What if despite himself he can’t stay away and would do anything to be with you and even die to protect you against all odds, despite his past. It brings him physical pain to see you with another man in fact he cannot bare it – yet he cares for you so much he knows its best you stay away from him. What if he fights for you?

In the middle of the night, injured, he comes to your bedroom window in need of your help. With trembling hands you tend his wounds as they heal before you. What if he meets your lingering gaze, he grabs your arms forcefully yet tenderly and suddenly despite the forbidden act of him loving you, he does so. Passionately and gently with such commitment and heat, that your heart beats as his hot muscular arms hold you to him in a needy desperate embrace....

My shifter fantasy is simply an ideal of what our unconscious brain requires, on a chemical level a concept that at its core contains all the appealing genetic attributes the lizard brain desires, to produce and protect offspring. We want our men gentle, yet strong and very masculine – think Brad Pit in Legends of the Fall. If he’s loyal he is less likely to spread his seed and produce other offspring with other women which will compete with our genetics and he if he has the superhuman power to destroy threats and protect us, all the better.

It has been shown upon reading such things copious dopamine is released. Evolution requires we desire these attributes and rewards us for finding it. Admittedly I speak largely for women. As for why and what men like in the shifter genre, well, that is fodder for another post. 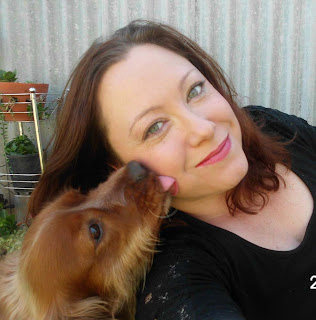 Tina Smith is an herbalist, dog lover, Piscean and mother with a fondness for strong female protagonists. A love of the fantasy genre and the deep exploration of dark and evocative subjects inspired Wolf Sirens Forbidden. The sequel Fever further unfolds the tale of the heroine femme fatal, on her journey in the underworld between the lands of myth and reality.

“Rich, complex, and deeply fascinating. Smith’s creation stands apart from other books in the genre. Wolf Sirens has raised the bar for paranormal romance.”- Kevis Hendrickson, author of Rogue Hunter

"Smith weaves a thrilling and beautifully crafted tale that sinks its fangs in and refuses to let go."- Michael Alexander, author of The Vessel

“Fever does not disappoint! Tina Smith captures her readers on the first page and leads them on a fast-paced journey full of suspense and adventure as heroine, Lila, struggles towards the truth.” - Beverley Eikli, author of A Little Deception

The sequel: Wolf Sirens Fever. Many are Born, Few are Reborn. By Tina Smith. 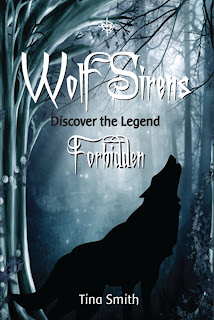 Eternally Cursed to Love & Not Purely Desire…
Temperatures rise as the flames of longing still burn in the thrilling sequel to Wolf Sirens Forbidden. The legend continues. Apollo, god of deadly plague, conspires to undo his sister’s legacy. The wolves exist between two worlds, one in the town another in the forest. 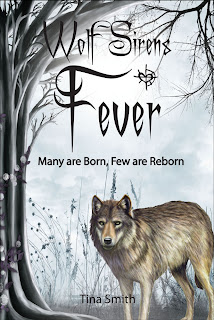 Prophecy says hunters and wolves are cursed to a mutual attraction. Increasingly, each successive slayer becomes more alluring to the wolf. The predestined enemies struggle, to both resist and contain their fierce rival in a conflict powerful enough to tear two worlds apart.

A shadow has fallen over the heart lands of myth and reality. The chosen is reborn broken-hearted, in the scorching embers of grief. Devastated, Lila trains tirelessly as the assassin. She must submit to deliver justice and protect the innocent of Shade.
But is it love or revenge which motivates her?

Will the huntress or her heart prevail? Breaking away from the call of destiny and fearing betrayal, Lila makes a desperate escape in search of her lost beloved. The intensity between two ancient enemies ignites. The history of the wolf pack is revealed as devotion and desire in the underworld reaches fever pitch.

If The Bite Doesn't Get You, Then the Fever Will

When we rise, shadows are supposed to fall behind us. I awoke and rose from my bed with a certain clarity of mind that I soon lost as the daylight wore on. One look out of my window confirmed it was a clear day and Cres wasn’t visible outside, as my gaze skimmed the grassy yard and woods. My digital clock read 10 a.m.

Peering, I noticed Ben our neighbour was missing also, his seat on the back verandah empty despite the clear weather. This explained the presence of the wolves - that and we had stolen his latest semi-automatic. The house was still and quiet. Mum was out or at work. I didn’t know what day of the week it was. I didn’t really care. I was only up for one reason: to hunt. I checked the gun stashed in my wardrobe, the ‘mag’ was empty – no bullets. The one and only wolf I cared to track was the one who was already taken, if I believed what I was told and I can’t say that I wanted to. Cres had confiscated the ammunition. I contemplated her angle, she was either worried because I had shot at Reid or that I’d use the bullets on myself or on her. When I was ready I was supposed to kill her. I tucked the Colt 45 back under some clothes. I took the silver army tag from where it lay on my bed sheets.

I felt the headache that had plagued me for days was now gone as I slipped the necklace over my head, heading for the shower. Hot water burnt my skin, washing away the last few days, cascading down my neck and over the tag on my chest.

I was cursed to love the very creatures I culled - ironically Sky had been fatally wounded rescuing me from an attack, before I knew what I was. It seemed the mutual attraction the wolf and I felt for each other wasn’t meant to be. And now the overthrown female Alpha wanted me – dead. Sam wouldn’t let a little thing like Cres get in the way of revenge for me stealing her boyfriend. She’d taken care of Sky and it was quite possible she wanted me next. Sam had a taste for revenge.

Tina will be awarding jewelry in theme of her books (wolf charms, charm bracelets etc), ThreeD book marks in shifter themes (Wolves, tigers, panthers etc) and Sun catchers (beaded glass and crystal) to a randomly drawn commenter during the tour, and a free ebook version of each of her novels and a Sun catcher to a randomly drawn host. (this is an international giveaway) Follow the tour for more chances to win!
Posted by Andi at 3:30 AM
Labels: book promo, excerpt, giveaway, Goddess Fish, guest post, paranormal, shifters