Today, I would like to welcome author Melinda VanLone to the blog, to share with us more about her book Stronger Than Magic. Thanks for stopping by!

People often ask me where the idea for Stronger Than Magic came from. The short answer is I don't know. The real spark for the story is lost in a whirl of time, space, memory, and an old notebook.

One day I was cleaning out a drawer and happened on a spiral notebook full of scribbles. In the middle of the notebook I found two pages that contained a snippet of a story. Just a scene; a hint of two main characters and a setting. The girl was sitting at a sidewalk cafe and watching a man across the street, and she was full of herself. Confident, cocky, and slightly arrogant. She was about to catch the guy and knew he'd be an easy mark.

The guy, on the other hand, had noticed her watching and was thinking to himself: "she has no idea who she's dealing with." Funny enough, the girl was thinking the exact same thing. They were two very strong personalities on the verge of clashing, with a hint of magic in the air. I leaned forward in my seat to see what happened when she attempted to arrest him. And the story ended. That's all I wrote. I was unbelievably frustrated, and felt compelled to finish what I'd started so long ago.

That little snippet of a scene never actually made it into the final Stronger Than Magic story, strangely enough. But the feeling of it did, and the idea of a very strong female protagonist who has enough magic power to take on just about anything is the foundation of the story. The guy? He's there too, although as it turns out he's not the one she's arresting. She catches him in an entirely different, and steamy, way. After all, an initial clash like that can only be one thing...foreplay.

A few other things inspired parts of the story. The House of Xannon, Tarian's home, is located on an island near Honolulu and is very similar to one that actually exists. Tarian has a love for Philly cheesesteaks and a certain coffee shop in Center City which does exist, although it's not called what I called it in the book. The neighborhood where she is attacked by the demon is eerily similar to the one I lived in.

The answer to where the inspiration comes from is simple: it comes from everything I see and hear every day. Of course it gets twisted and turned on its head in the story, but that's why it's called fiction. 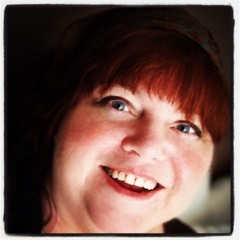 Author Bio:
Melinda VanLone writes fantasy and science fiction, freelances as a graphic designer, and dabbles in photography. She currently lives in Rockville, Maryland, with her husband and furbabies. When she's not playing with her imaginary friends you can find her playing World of Warcraft, wandering aimlessly through the streets taking photos, or hovered over coffee in Starbucks. 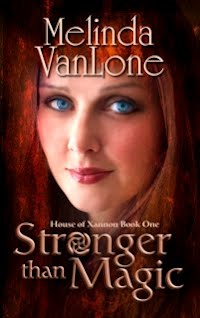 Being attacked by a demon in Philadelphia shouldn’t have been a big deal. Tarian Xannon is, after all, heir to the Dolphin Throne and the strongest magical talent in generations.


Never mind that demons aren’t even supposed to exist. Never mind that the demon managed to swipe some of her blood. She’s never met her match before and she’s confident she can handle the situation.

She creates a plan to find the demon, and kill him, before he destroys her, or worse, steals her power and the Dolphin Throne.

Of course, she hadn't counted on the throne insisting that now would be a great time for her to provide the next heir.

She’s a modern woman with a demon to kill, and a baby to produce. What could possibly go wrong?


“Tari? Are you okay?” The soft voice echoed down the hallway and reverberated in her head.

Tarian turned to see her sister, Calliope, standing just outside the door to the main healer room. She held a bundle of cloth, and her forehead creased as she got a good look at Tarian.

The odd force inside Tarian’s stomach leapt and pushed toward Calliope. Tarian backed away, even as her sister moved forward.

“Get back.” Tarian put her hands up to block her sister. “I mean it, Calli. Get away from me.”

She turned and ran, before her sister could protest.

She didn’t even look where she was going, as long as it was away from Calliope. The force inside her felt like a string pulled tight from somewhere outside herself. Her injured arm nearly lifted on its own. If the demon did this, he did it from thousands of miles away through some of the toughest magical walls ever built.

Her mind spiraled, then she slammed down on that thought process. It was too fast. Too soon. She had a week. That’s what Daric Voltain had said. A week, dammit.

What if he was wrong?