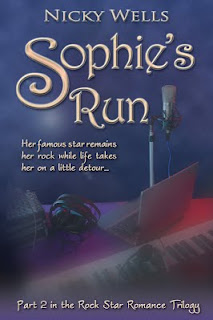 Who says that the road towards true love is straight and even?  Sophie is certainly discovering that it is anything but.
So she has finally found the man of her dreams!  Well… she knows who he is, even though she hasn’t actually quite met him yet.  But she misses her opportunity, and then her life goes crazy.  Rock star and ex-fiancé, Dan, keeps getting in the way of her new romance—even if he is just trying to be helpful.  A fire, an impromptu mini-trip with Dan, and a dreaded wedding later, Sophie is still struggling to meet the love of her life.  Then, just as she is getting it together with her perfect man, best friend Rachel commits an act of unspeakable betrayal.

Sophie has had enough.  Confused and distraught, she decides that it is time for radical change.  Surprising herself and shocking her friends, she embarks on a secret journey eventually gets her life back on track.

I have such a weakness for British heroines. There is something about their personalities that just feel like myself. When their stories are well written, like this Rock Star Romance series by Nicky Wells, I find myself completely immersed in their worlds.

Sophie has found herself again, after rejoining the world of the single woman. She feels strong in her friendships with Rachel and Dan, doing well in her career, and happy in general. But, oh, how quickly things can change. A thunderbolt strikes Sophie in the way of Steve, who is almost too good to be true. A fiery encounter brings her and Dan together again. Meanwhile, Rachel is drowning in wedding preparations, chaos, and confusion. And then that fateful weekend in which everything seems to just explode. Everything brings her back to a confused, tumultuous state again, much to her dismay. She just needs to get away, and I can't say that I blame her.

One interesting part of this installment in the trilogy is that part of the story is also told from Steve's point-of-view, as well as Dan's and Rachel's. And just in time, as their thoughts appear right when you are about to jump into the pages and throttle them. It also adds to the mystery of Sophie's secret journey.

It's another roller coaster of emotion that keeps you intrigued as the story goes on. When it ends...let's just say that I am chomping at the bit for the final book! 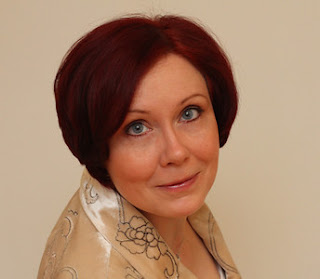 
Originally born in Germany, Nicky moved to the  United Kingdom in 1993, and currently lives in Lincoln with her husband and their two boys. In a previous professional life, Nicky worked as a researcher and project manager for an international Human Resources research firm based in London and Washington, D.C.


Visit Nicky on her blog where you can find articles, interviews, radio interviews and, of course, an ongoing update on her work in progress, the second and third parts of the Rock Star Romance Trilogy.

You can also follow Nicky on Twitter and find her on Facebook. Nicky is a featured author on the innovative reader/author project, loveahappyending.com and has joined the Romantic Novelists’ Association. Nicky also has author pages at Sapphire Star Publishing and, of course, Goodreads.