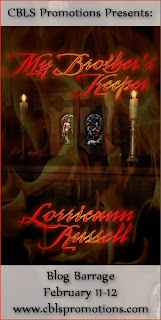 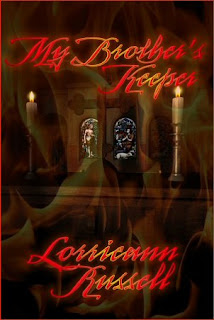 Blurb
Scottish noble William Fylbrigge has finally come into his own after being named as the Earl of Sutherland and heir to Lord Edward, the Duke of Stonehaven -- titles that his older brother Thomas always expected would be his own.

With the assistance of some dangerous new allies, including the corrupt but powerful Bishop Dunkirk, Thomas and his dragon wife Bryndah level the charge of witchcraft against the new Earl, threatening his life and family, and all those who support him. Especially since the charge may be truer than they imagined.

Will the people he has led the charge to protect now come to his side in his time of need?

Thomas’s voice grew softer, yet more commanding, “My lords, you have both witnessed this countless times. Have you not been swayed into accepting unreasonable concessions by his unending eloquence? Has he not charmed Ambrose Woodhall into releasing a farm wench whom he had rightly accused?”

Gerald considered Thomas’s assertion, recalling how only weeks before, Ambrose Woodhall had taken a fancy to the daughter of one of his overseers. When she fought his advances, he grew enraged and had the entire household arrested. After they had been interrogated in the customary manner, the family had seen fit to repent and admit to their heathen practices, promising to forever abandon those rituals and confess their faith to the king’s church. They were set upon the public pillory for a week, as an example, then released. The young girl in question, however, refused to recant her allegation that Lord Woodhall had forced himself upon her, and she was thus sentenced to the stake. It was William who rallied to her defense and somehow managed to convince Woodhall to release her, although just how he had done it was a mystery.

“And you, Evander,” Thomas said, looking Wesley in the eye, “have witnessed him in the taverns, while he sings his banal tunes, how he captures rapt attention as easily as this?” Thomas reached out suddenly and deftly snagged a moth out of midair then crushed it in his palm.

“And has he not persuaded Edward into declaring him to be his heir? A mere fosterling!”

Gerald began to see a demented logic in what Thomas was saying, though he wondered if it was Thomas, rather than William, who so easily cast spells with mere words.

“Let me understand you, Thomas Fylbrigge,” Gerald began, squinting past the fire, setting a dubious eye on Thomas. “You’re tellin’ us that we be the victims of a spell? Cast by your own brother? And that is how Lord Ogham lost his access to the port at Sutherland?”

“That’s how he tricked us into agreein’ to those ridiculous trade concessions?” Wesley slapped his knee.

“I’d be glad to find a way to turn those back permanently.”

“If we were to prove your claim —” Gerald began.

“That it was black magic—” Wesley continued.

“The treaties would be made null.” Thomas finished their thought with a conspiratorial grin. “It will not take much to convince Ogham. You need only to remind him of the fact that William turned him from his own wedding just last night.”

Gerald took a long swig from his flagon, and shook his head, “But accusations such as you make are easily refuted, Thomas.”

“Perhaps. But the clergy is easily enough convinced on very little hard evidence.” Thomas reached into the small pile of kindling that the earls had gathered and chose a piece of wood with a stout middle and two smaller twigs on either side that vaguely resembled the shape of a man with upraised arms. “Ah, my poor dear brother,” he said, cooing to the stick. “See what you have done to yourself? You shall prove yourself guilty for us, then they shall deal with you in their own… special way.” He tossed the stick into the fire then brushed his hands together, dismissing its existence. As it caught and burned, he looked deliberately to his companions, a snakelike grin sliding across his face as the firelight reflected in his eyes. “Won’t they?”

Gerald watched the fire swallow the stick, and nodded slowly, understanding the implication. “Aye, that they will.”

“If all of his enchantments are not enough to convince Ogham of my brother’s demonic affiliation,” Thomas continued in whisper while reaching for something in his belt. “There is one thing more to offer as proof.”

“The story takes hold of you from the first page to the last and will not let you go until that ending has manifested itself. This is brilliant storytelling at it’s finest and Lorrieann Russell is a born storyteller. Long live William Fylbrigge!”--Valerie R. Williams, reader review

“MY BROTHER’S KEEPER will whisk you away to a time of political intrigue, black magic and romantic pageantry. Ms. Russell weaves a story of olde that allows her reader to be transported to another place and time where wisdom is often overruled by witchcraft and fear. This is just great storytelling. A true delight.”--Elsa Poole, reader review 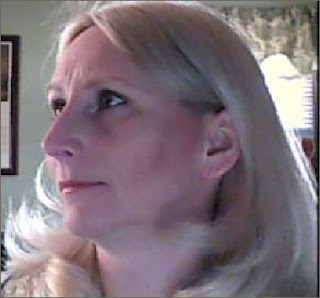 Lorrieann Russell has written three books (so far) chronicling the life and times of William Fylbrigge: By Right of Blood, My Brother’s Keeper, and In the Wake of Ashes. She has also published several short stories, and has been a featured guest on Edin Road Radio. She is an accomplished artist, illustrator, photographer and designer. A native New Englander, she spends much of her time in the mountains of New Hampshire, hiking and taking pictures of the landscape.

Giveaway Info:
Prize is 5 eBook copies of "My Brother’s Keeper" (1 each to 5 winners). Contest is tour-wide, open internationally and ends Feb 17. Must be 18 years of age or older to enter.