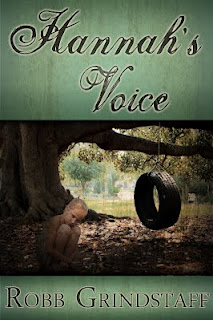 When six-year-old Hannah's brutal honesty is mistaken for lying, she stops speaking. Her family, her community, and eventually, the entire nation struggle to find meaning in her silence.

School officials suspect abuse. Church members are divided—either she has a message from God or is possessed by a demon. Social workers interrupt an exorcism to wrest Hannah away from her momma, who has a tenuous grip on sanity. Hidden in protective foster care for twelve years, she loses all contact with her mother and remains mute by choice.

When Hannah leaves foster care at age eighteen to search for Momma, a national debate rages over her silence. A religious movement awaits her prophecy and celebrates her return. An anarchist group, Voices for the Voiceless, cites Hannah as its inspiration. The nation comes unhinged and the conflict spills into the streets when presidential candidates chime in with their opinions on Hannah—patriotic visionary or dangerous radical. A remnant still believes she is evil and seeks to dispatch her from this world.

Hannah stands at the intersection of anarchists and fundamentalists, between power politics and an FBI investigation. All she wants is to find her momma, a little peace and quiet, and maybe some pancakes.

One word would put an end to the chaos if Hannah can only find her voice.

This is the first time in a long time that I have just wanted to dive into my Kindle and smack some people around. Hannah is a precocious six year-old girl who has been taught to always tell the truth. She does what she thinks people expect out of her, and instead it backfires on her. People mistake her words and actions as signs of being abused. Even worse, some think that she is possessed by the Devil. What is even more aggravating is that the story is told from Hannah's point-of-view. That way all of her actions and words make complete sense. It's the adults who are stupid and cause all of the problems. Even the ones who seem like they are going to be the light at the end of the tunnel, or to have any sense whatsoever, completely fail her. I see this happen with kids a lot, though never quite to these extremes. However, I could see something like this potentially happening.

The situation quickly spirals out of control. The adults begin to battle over Hannah and for Hannah, causing one man to get killed, and Hannah to be removed from her home. She becomes selectively mute, choosing to only write her answers instead of speaking them out loud. It's easier that way. No one has listened to her along the way, even when she answers their questions three or four times in a row. But it just causes even more problems for her.

My heart goes out to the poor girl. All she wants is to lead a relatively normal life. She wants her momma back. She wants to eat some pancakes. But the world around her just can't let her be. 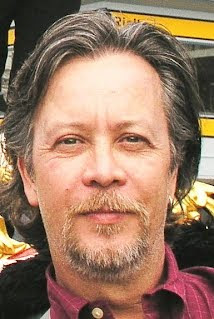 In addition to a career as a newspaper editor, publisher, and manager, I’ve written fiction most of my life. The newspaper biz has taken my family and me from Phoenix, Arizona, to small towns in North Carolina and Texas, and from seven years in Washington, D.C., to five years in Asia. Born and raised a small-town kid, I’m as comfortable in Tokyo or Tuna, Texas. I now reside in a small community in Wisconsin where I manage the business operations of a daily newspaper. The variety of places I’ve lived and visited serve as settings for the characters who invade my head.

I’ve had a dozen short stories published in several print anthologies and e-zines, and several articles on the craft of writing fiction. My first novel, Hannah’s Voice, debuted January 15, 2013, and two more novels are in the works for 2013-14.

I also edit fiction and non-fiction books for authors from around the world. It helps that I’m fluent in five languages: U.S. English, U.K. English, Canadian English, and Australian English, plus my native language, Texan.