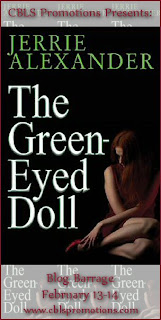 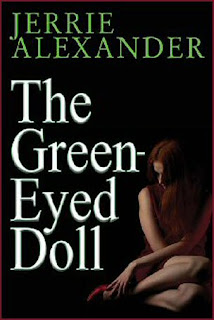 Blurb:
Catherine McCoy is on the run. For the past year, she’s been on the move, hiding the secrets and guilt in her heart. When she lands in small-town Texas and meets Sheriff Matt Ballard, he ignites a flame she thought lost forever.

Matt has scars of his own. He left the big city after an undercover operation went bad and his partner was killed. Now, as Matt hunts for a serial killer who paints his victims’ faces like porcelain dolls, Catherine becomes a safe haven for him. Two tortured souls finding comfort in each other's arms—until he uncovers her secret, and their bond of trust is broken.

When Catherine disappears, Matt races to find her, fearing the murderer has found his next green-eyed doll. But the killer has a surprise coming. Catherine will fight to the death before she’ll be a victim again. Will her determination be enough?

Warning: This title is intended for readers over the age of 18 as it contains adult situations and language and may be considered offensive to some readers.

Catherine paced and argued with herself. Should she stay or go home? She’d told Matt he’d need a friend after the first woman went missing and now this. She couldn’t imagine the pressure he must be under. Her plan was to have a hot supper waiting for him. She’d basted and basted until the roast withered and fell apart. The once firm potatoes? Mush. The gravy was a light brown paste.

Benedict Arnold stood and trotted to the back door before Catherine heard Matt’s pickup. The dog was glad to know Matt was home, too. She leaned back against the kitchen counter and waited.

“Hey.” A lame greeting, but seeing him stunned her speechless.

Dark circles and cold, weary, blue eyes marred his Michelangelo face. His black hair fell in disarray and looked like he’d raked his fingers through a number of times today. His chiseled jaw and chin were dark with a long day’s stubble. With a couple of long strides, he pinned her between him and the counter. He framed her face with his hands, closed his eyes, and lowered his forehead to hers. They stood in silence for a long time, unmoving, their bodies not touching. Fear for the missing woman radiated off him.

His anguish, more than she’d planned for, hit her hard. His dedication and concern, traits she admired, shook her conviction that no man could be trusted. His tenderness, something she’d never had, touched a long-neglected place in her soul.

In that small space of time, where no one else in the world existed, Catherine’s heart found hope. Tears, she’d promised herself never to shed again, slid unchecked down her cheeks. But these tears weren’t because of her pain or grief. She cried because Matt suffered and grieved for the missing woman. She slid her arms around him, stroking his tense muscles.

“Hey, yourself.” He leaned back and studied her face. The warmth behind his eyes returned as he wiped away her tears with the pads of his thumbs. “Were those for me?”

She nodded and emotions swirled in her head. Catherine struggled to regain her perspective. “I have to remove no more tears from the Never list.”

“Why would you hold yourself to such a never?”

“The only thing crying gets you are red eyes.”

“Okay, tough guy. Maybe someday you’ll trust me enough to explain. Why’d you break a rule for me?”

“The worry for Annie Travers in your eyes broke my heart. I’ve never known anyone with your compassion and dedication.”

“Careful.” The corners of his mouth lifted. “You’ll be calling me John Wayne again.”

“Same soul.” She pushed a lock of black hair off his face. He caught her wrist in his hand. 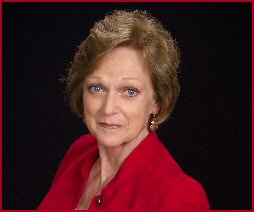 Giveaway Info:
Prize is 1 eBook copy of "The Green-Eyed Doll". Contest is tour-wide, open internationally and ends Feb 19. Must be 18 years of age or older to enter.