Interview with Sarah Mathews, author of 'Before There Were Angels' 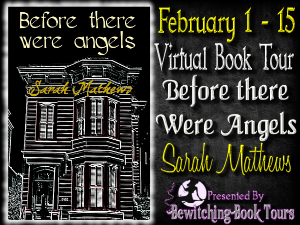 Today, I would like to welcome author Sarah Mathews to the blog. She tells us more about her latest book, Before There Were Angels, and other fun ghost stories!

What was the inspiration for 'Before There Were Angels'?

A friend of a friend told me the story of a woman who she knew that was being tormented by her husband’s crazy ex-wife. The poor woman was truly scared and her health was suffering as the ex-wife was clearly insane and getting more so. It was just such a compelling story and added to the fact that I’m in love with the city of San Francisco and its many ghosts, I just had to combine the two – hence, ‘Before There Were Angels’ came about.

Are you currently working on any other book projects?

Oh lots! As soon as one is finished I’m onto the next. I write in other genres under other names, but I am going straight onto the sequel of Before There Were Angels.

Have you ever had any of your own ghostly encounters in San Francisco or elsewhere?

One of the stories in the book is entirely true – I really was given a telephone number during a session with a Ouija board. We rang it, asked for the man that the glass had spelt out and told him the name of the person that we had been told he had murdered. He went very quiet and hung-up.

What are some of your favorite ghost stories?

I’m always fascinated by tales of modern ghosts. There was a story on television recently. A mother and her daughter were driving along a lonely road one night when they saw a naked woman lying by the side of the road. They were scared but they stopped and went back. They could still see her but were very scared. They rang the police, who came out but the body had vanished.

Meanwhile, the police had received a missing person’s report. A young mother and her son had vanished. Nothing had turned up however.

A member of the police put two and two together, and despite there being no sign of the body that had been reported he went out there with a torch. He climbed down a deep ravine and found a car – in it was a young woman who had clearly died on impact and had never left the car. Trapped beside her was a young boy… who was still alive.

It would appear that the mother appeared at the side of the road, alerting the authorities to the whereabouts of her son, who was then able to make a full recovery.

Is there anyone you would like to come back to haunt?

Yes, all the people that don’t believe in ghosts.

How do you get yourself in the mood to write a scary story?

I’m always in the mood to write a scary story! My desk actually came out of a house in which the family was massacred. There’s a blood stain on it.

I do an extremely good impression of a dolphin. Also, I once played in the World Tiddlywinks Championships. 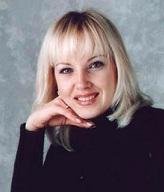 Sarah Mathews lives in San Francisco and has written her first book set in an architectural symbol of the city - a 'Victorian'.

There is the slight problem that while there are reputedly several ghosts who march around the city, there are very few murders that take place there, however Sarah seems to have corrected that.

Want to win an ecopy of this book? Leave your email in a comment below. Get a bonus entry by sharing a ghost story of your own!

Contest is open internationally and ends 2/17.
Posted by Andi at 1:00 AM