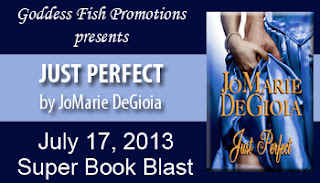 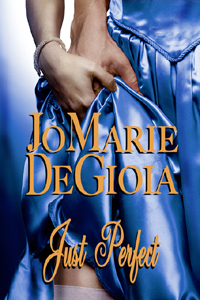 William Chesterton, the Earl of Chester, might be the perfect gentleman, but his feelings for Constance Bridgewater are anything but gentlemanly.

Constance Bridgewater, the daughter of the late Earl of Bridgewater, might be the perfect lady, but her feelings for the Earl of Chester are anything but ladylike.

They both know that if they were together, everything would be just perfect.

So what is keeping them apart?

William Chesterton, the Earl of Chester, sat in his comfortable parlor swirling an untouched glass of brandy in his hand. Spring had come at last to London, though the April evening was still chilled and damp. His staff had seen to the modest fire burning behind the grate, and the warmth lulled him into a false sense of serenity. It did nothing to dispel the turmoil deep inside, however.

Most of the ton, his closest friends included, believed he was a steady man with a calm demeanor. That was true, for the most part. In the whole of his life, from his privileged childhood through his early ascension to the earldom upon his dear father’s passing, he’d been as steady as the Thames. Stalwart companion, dutiful only son, closest confidant. It was all so bloody boring.

He drank from his glass at last, his eyes on the fire. Tonight had gone just as so many nights before. The season was in its early stages and yet the parties and frivolities had already started. He’d joked with his friends, danced with their wives and sisters, and made certain not to show undue attention to marriage-minded young ladies. Their mothers would love to snare the calm and affable Earl of Chester for their daughters. That was certain.

He’d played his part as was expected, and even managed to ignore the urge to dance with one particular young lady more than the allotted two times. It had nearly killed him. Constance Bridges, the late Earl of Bridgewater’s daughter, was the only woman he wanted for more than two dances.

Her lithe body, her pale golden hair and sparkling gray eyes, were like no other woman’s he’d encountered. Last year, at yet another interminable house party, at one of his happily married cohorts’ estates, he’d attempted to make her see she was more than a pleasant diversion. He wasn’t merely a willing dance partner or riding companion, either. He might have acted a bit wild, however, and no doubt frightened her out of her wits.

He lifted the glass to his lips again and smiled. Ah, but that five seconds he’d spent holding her close, her breath warm on his cheek, her pink lips so close to his . . . he still got hard thinking about the heat she hid beneath that alabaster skin. He’d seen burgeoning knowledge in those gray eyes of hers, too. She’d wanted him. He’d stake the considerable estate his father left him on that fact.

She was a puzzle, to be sure. So serene and bashful on the surface, yet he knew she was more than the perfect picture she presented. He downed his brandy and let out a frustrated breath.

He was tired of playing the nice fellow. If he risked his lauded reputation in the process, so be it. He wanted more in his life than polite dinners and mildly pleasant diversions. He wanted love and passion and everything his friends had been lucky enough to find.

He knew Constance was the one to show him that heat. He drained the glass, letting the smooth liquor burn pleasantly down his throat.

He couldn’t wait to find out just how hot the fire inside her burned. 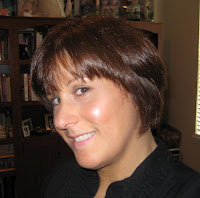 JoMarie DeGioia has been making up stories for as long as she can remember, and has spent years giving voice to the characters in her head. She’s known Mickey Mouse from the “inside,” has been a copyeditor for her town’s newspaper, and a bookseller. She writes Historical and Contemporary Romances, along with Young and New Adult Fantasy stories. She divides her time between Central Florida and New England. You can contact her at JoMarie@JoMarieDeGioia.com

JoMarie will be awarding Loose Tea and chip nuts to two randomly drawn commenters during the tour. Follow the tour for more chances to win!
Posted by Andi at 3:30 AM
Labels: book promo, excerpt, giveaway, Goddess Fish, romance